Whether jamming together on their family farm in the Adelaide Hills, playing alongside Arcade Fire at the Isle of Wight festival, or opening shows for Little Mix & Ronan Keating, Germein’s energetic and charismatic live performances have been described as nothing short of mesmerising. Fresh off the back of their show stopping performance at Isle Of Wight Festival where they have now played for the 5th time, the band’s next UK festival appearance will be at Cornbury festival on Saturday 9th July. They will also be performing at The Half Moon in London on 22 June supporting James Walsh from StarSailor. 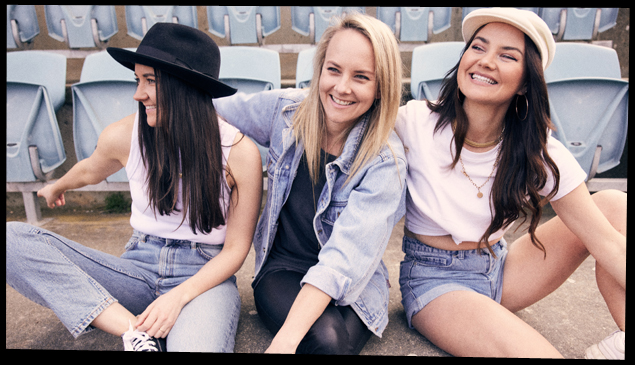 The band say, “We are over the moon to be back in the UK! It’s been a tough couple of years for everyone & we’ve really missed being able to perform for our amazing UK audiences - so we absolutely can’t wait to finally share our new songs with everyone this summer!”

Making a bold statement with their new single ‘Good For A Girl’, the trio wrote, recorded, and produced the track themselves in their home studio. The song’s powerful lyrics are blended with the raw combination of edgy guitar hooks, quirky piano lines, and rhythmic vocal percussion – topped off with haunting sibling harmonies. Speaking of the track, the band say, “Clara went into a music shop to buy drumsticks, and the guy behind the desk asked if she was buying them for her boyfriend. We wanted to write a song that would help tackle these stereotypes, and give a voice to anyone who might be going through a similar experience. It’s about giving womxn an equal playing field, and not discriminating based on gender.”

Growing up jamming together in South Australia, sisters Georgia (guitar, keys), Ella (bass, electric cello), and Clara Germein (drums) have since been turning heads with their unique brand of indie pop songs and signature harmonies.

Taking the lead from strong female artists like HAIM, Chvrches, and Tegan & Sara, Germein possess the kind of close musical partnership that can only be shared by siblings. They are inspired by the vocal harmonies of iconic bands such as Queen and Fleetwood Mac, both of whom they have been honoured to previously appear with on the line-up at the Isle of Wight Festival.

With an impressive list of accolades under their belt, including opening for pop icons Little Mix, Ronan Keating, Phil Collins and Jess Glynne and being shortlisted in the Top 6 Unsigned UK Acts in a Battle of the Bands competition to open for Ed Sheeran - to name just a few - 2022 sees no sign of slowing down for the illustrious trio. Their new single 'Good For A Girl' was just announced as a Third Place Winner in the International Songwriting Competition for Best Unsigned Act, as well as Honourable Mention for Best Lyrics out of a staggering 21,000 entries.

Germein will be performing at Cornbury Festival on Saturday 9th July.