Cornish locals and holidaymakers alike can cruise into a nostalgic summer movie high this year, with the announcement of an epic new clifftop drive-in cinema experience. The team behind Europe’s original surf publication, Wavelength, are set to take over the incredible Boardmasters festival site, overlooking the sea near Newquay, and will be presenting a programme of cult classic movie nights from late July through to the end of August 2020.

With space for over 200 cars and vans, The Wavelength Drive-In Cinema Series will kick off on Friday 24th, Saturday 25th and Sunday 26th July, showing the Cornish-set surf film Blue Juice, fittingly celebrating its 25th birthday this year.  The new drive-in cinema concept is an extension of Wavelength’s highly popular ‘Cinema Club’ which has seen a series of over 25 sold-out surf cinema events across London and the UK over the last 18 months.

With an ongoing series of cult films, some surf and action-sport infused, others simply entertaining favourites, to be released shortly, demand for the carefully socially distanced concept, is expected to be high as holidaymakers and local residents alike make forward plans across summer 2020.  Pre-registration for tickets is now open and cinema-goers can make either individual or ‘bubbled car’ bookings from today (Friday 26th June 2020) at 1pm. 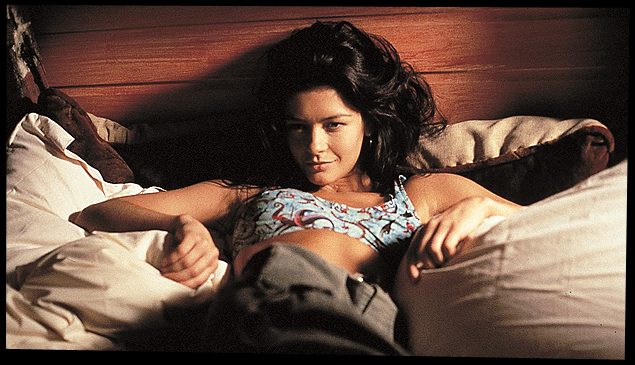 Described as ‘mind candy for those who like surfing and Cornwall’, Blue Juice was released in 1995, starring Sean Pertwee, Catherine Zeta-Jones and Ewan McGregor.  The film follows a small, but hardy, group of British surfing enthusiasts who have learned to make the best of the flat waves and low tides of their homeland. Cinemagoers will also enjoy the epic soundtrack with audio playing directly into car stereos via an exclusive frequency.

With a ‘cornucopia’ of Cornish filming locations including Mousehole, Chapel Porth, Newquay, St Ives and Kynance Cove, some of the stars and surfers from the film are expected to open the first drive-in cinema night on 24th July and major brand partner announcements are also imminent.

The Wavelength team are working in close collaboration with Cornwall Council to ensure all public safety requirements are met and exceeded across the summer events.  Up to 200 cars per event will be parked in an appropriately safe and structured way and there will also be a host of on-site options including street food, live music, a socially distanced tombola, popcorn stands and craft beer bars.  Safety-led additions such as hand sanitisers, facemasks and queuing processes and signage will be included across the event site and operational running of the sessions.

The picturesque drive-in cinema event site, Trebelsue Farm, is perched above the beach with an unparalleled view. Best known for the 50,000 capacity Boardmasters festival, the setting will offer jaw dropping views, out across the Atlantic, beyond the 2 x 8 metre cinema screen.

Wavelength Director Guy Hayler says, “Post lockdown, there’s a massive hunger for folks to be getting out and about again and we’re all obviously missing all the regular summer events and festivals.  We were already planning a set of Wavelength summer ‘Cinema Club’ surf film showings so given the new appetite for fresh air events, we’ve taken it to a whole new, unique experience level, with the only clifftop drive-in cinema experience in the South West. The Boardmasters festival site, with its flat fields, incredible views and jaw-dropping sunsets, couldn’t be better for this unique new experience for Cornish locals and holidaymakers alike and we can’t wait to reveal our upcoming set of cult classic films for all ages and all tastes.”

Pete Cowling is the farmer who owns Trebelsue Farm, normally the annual host to the Boardmasters Festival. Pete says, “We have been prepping the fields for the highly-anticipated return of the Boardmasters this year, but given that it’s not possible for it to happen, we’re delighted to be working with the Wavelength guys to stage a unique drive-in cinema on these Cornish clifftops. Given recent announcements, we’re aware that Cornwall is filling up fast this summer, so having a set of inspiringly socially distanced film events like this is ideal for everyone. I can’t wait to see the field safely full of people, all making the most of this epic location.”

Further classic movie events are set to be announced on Friday 3rd July and updates will be sent to those who preregister to receive these.

Blue Juice will be showing on the nights of Friday 24th, Saturday 25th and Sunday 26th July. Tickets for the drive-in events are available at a cost of either £5 per person or £25 per car or van and driver with a maximum of five people per vehicle – these can be purchased from the Wavelength website. Ongoing announcements will also be made on Wavelength’s Instagram account which can be accessed at  @wavelengthsurfmag  throughout the summer.