Outfit7 Limited has developed and launched over 22 Talking Tom and Friends mobile games, which have received over 10 billion downloads globally to date. In 2019, its innovative virtual pet game “My Talking Tom 2” ranked as the sixth most-played mobile game in the world. The Talking Tom and Friends brand is also one of the top 20 favorite game brands in the U.S. and has amassed over 325 million local views across its YouTube content. 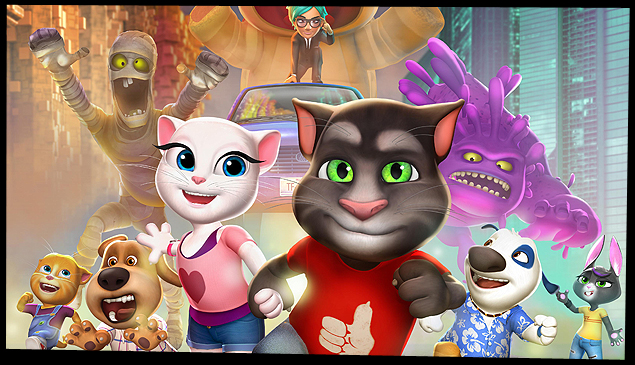 Ken Faier, El Presidente and Founder of Epic Story Media, said “We’re extremely excited to join forces with Outfit7 Limited and work on one of the world’s strongest gaming and video brands.”

Epic’s Head of Licensing and Merchandising, David Sztoser, added “We will leverage Talking Tom and Friends’ success and build an innovative and robust licensing program in the U.S. and Canada.”

About Epic Story Media
Founded by Ken Faier, Epic Story Media launched in 2017 to put creators at the centre of compelling and engaging franchises for kids. In 2018 ESM secured strategic investment from Vancouver-based production and finance entity Bron Ventures.  Epic now has an active and growing slate of properties in development working with some of the most talented creators around the world.

Ken previously served as SVP and GM and then SVP and executive producer for DHX Media following DHX Media’s acquisition of Nerd Corps Entertainment, where Ken served as President for over 10 years. Faier also purchased DHX Media’s interactive division which operates as a subsidiary under the name Epic Story Interactive.

About Outfit7
Outfit7 Limited is one of the world’s fastest-growing multinational family entertainment companies. The company is best known for its flagship franchise, “Talking Tom and Friends,” which became an overnight global sensation when it launched in 2010. In the years since, Outfit7 has expanded its portfolio to include a suite of award-winning games, a 3D CGI animated series, digital video content, chart-topping music videos, and a licensing program in order to meet the amazing demand of its fans. In fact, Outfit7’s apps have now been downloaded over 8 billion times in total and a whopping up to 350 million fans play with them every month. It’s game on, world.