Ever thought about divorcing society? The Ipswich-based physical theatre company, Gecko, clearly has. Their most ambitious production, The Wedding, is back on tour for 2018 Spring.

The Wedding is set in a dystopian world that imagines we are all brides, wedded to society and bound by a contract. Inspired by the complexities of human nature, the show brings these contracts and issues of social cohesion within communities into question. What are the terms of this relationship? And can we consider a divorce?

This film is a short extract from the full 80-minute production. In this show, actions speak louder than words, with 14 languages interspersed throughout. Here one of the main protagonists, Stefan, is leaving his childhood behind and being married into society.

The tour includes 8 venues around England: Bristol Old Vic, Watford Palace Theatre, Nottingham Playhouse, Derby Theatre, Cast in Doncaster, Oxford Playhouse, Nuffield in Southampton and Liverpool Playhouse and is one of Gecko’s longest consecutive tours since the company began in 2001.

With the support of the Strategic Touring Funding from Arts Council England Gecko is able to bring an experimental, mid-scale theatre show to the main regional stages around the country and help diversify their programmes, at the same time appealing to and nurturing young and more diverse audiences, inspiring them to be both the artists and audiences of the future. If successful, this development presents a huge benefit for the sector as it will reduce the need for subsidy in the theatre industry.

A Gecko show is visual, visceral, ambitious theatre crafted to inspire, move and entertain. Gecko strives to make their work wide open to interpretation and put their audience at the heart of the narrative. 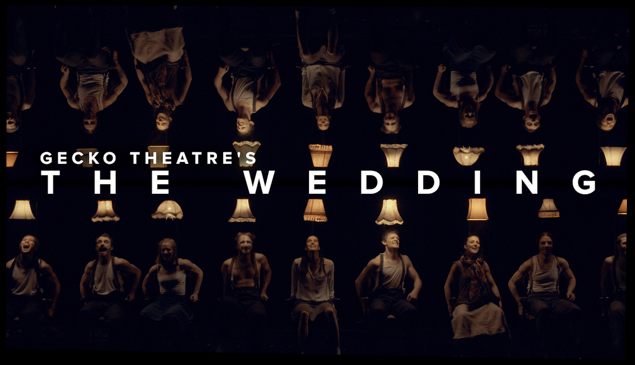 Amit has created an organic devising process that oscillates between intense periods of experimentation, making brave leaps, learning and failing and including choreography, writing, storyboarding and reflection. Every stage includes sonic and technical development alongside the choreography.

Canvas is an Arts Council-funded initiative bringing together arts organisations across England with a series of wide-ranging objectives - making arts content more discoverable and engaging; increasing the number of people engaging with the arts; increasing the volume and quality of creative media; and supporting the skills and digital capacity of the arts sector.