The Fan Carpet are excited to bring you the First Look Photos of Chris Hemsworth in EXTRACTION,  Ahead of its release on  Netflix this April!

Tyler Rake (Chris Hemsworth) is a fearless black market mercenary with nothing left to lose when his skills are solicited to rescue the kidnapped son of an imprisoned international crime lord. But in the murky underworld of weapons dealers and drug traffickers, an already deadly mission approaches the impossible, forever altering the lives of Rake and the boy. An action-packed, edge-of-your-seat thriller directed by Sam Hargrave, EXTRACTION is an AGBO Films and TGIM Films, Inc. production, produced by Joe Russo, Anthony Russo, Mike Larocca, Chris Hemsworth, Eric Gitter, and Peter Schwerin. 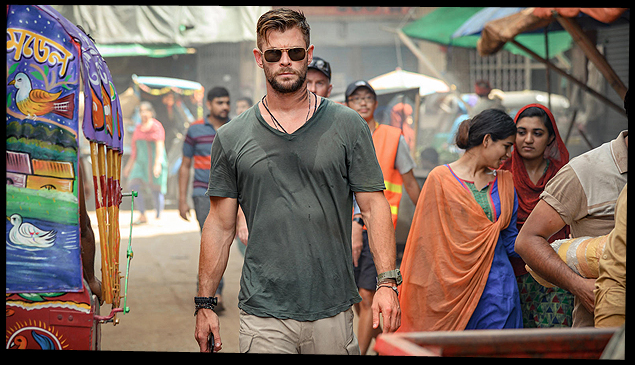 EXTRACTION will launch on Netflix on April 24

About Netflix
Netflix is the world's leading streaming entertainment service with over 167 million paid memberships in over 190 countries enjoying TV series, documentaries and feature films across a wide variety of genres and languages. Members can watch as much as they want, anytime, anywhere, on any internet-connected screen. Members can play, pause and resume watching, all without commercials or commitments.