The final part of La Casa de Papel will be divided into two volumes to be released on September 3 and December 3, 2021

Netflix has today unveiled the first images of the final season of La Casa de Papel. The heist keeps going, the war is approaching and the leader of the Gang has lost control. The end of this Original series created by Álex Pina is getting closer.

These first images of the final season reveal the chaos both inside and outside of the Bank of Spain; with the Professor caught off guard after Sierra finds his hideout and with Lisbon now safely inside the bank. The war begins and we see how The Gang must bring out its toughest side to survive, fuelled by anguish, more weapons and the desperation of not having a plan. 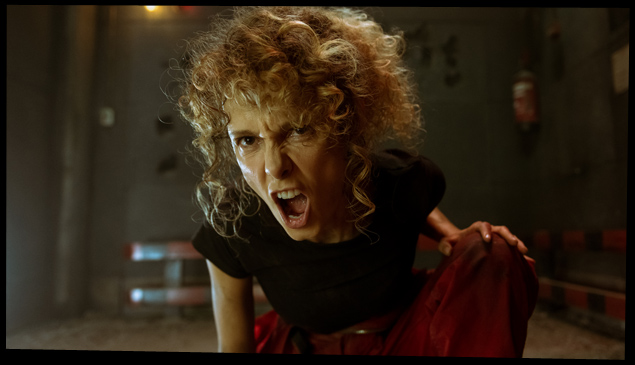 About La Casa de Papel Part 5
The gang has been shut in the Bank of Spain for over 100 hours. They have managed to rescue Lisbon, but their darkest moment is upon them after losing one of their own. The Professor has been captured by Sierra and, for the first time, doesn’t have an escape plan. Just when it seems like nothing else could go wrong, an enemy comes on the scene that is much more powerful than any they’ve faced: the army. The end of the greatest heist in history is approaching, and what began as a robbery will turn into a war.

About Vancouver Media
Vancouver Media is a television production company founded in late 2016 by Álex Pina that aims to create shows that stand out from the rest. Since its launch, it has developed Money Heist, The Pier, and White Lines, with Sky Rojo its newest addition.