Jack is overjoyed to be sat next to beautiful Scarlett. Till she starts to reveal her dark secret...

Multi award-winning director and producer Patrick Ryder has an amazing opportunity to film his short film In Flight. He thought he'd never make this unsettling dark comedy due to the difficulties of finding an aircraft to film on. But we've found him his plane (and his lead actress) and, with your support, he can finally tell the story of businessman Jack, who finds himself sat next to the beautiful Scarlett, only to discover appearances can be very deceptive...

An airbus A330 doesn't just land in your lap every day!

And a working Airbus A330 is the perfect location for filming this dark comedy In Flight.

From multi award-winning director and writer Patrick Ryder ("Human", "Shift") and starring astonishing young talent Faith Elizabeth ("The Trial of Rebecca Worlock", "White Dreams"), comes In Flight. Jack, a lone business traveller is pleased to be seated next to the breathtakingly beautiful Scarlett on this long haul flight. Jack's intent on impressing her with his charms and well-honed chat-up lines, but soon realised he's bitten off more than he can chew. Looks can be deceiving as feisty Scarlett slowly reveals her dark secret. Suddenly the hunter becomes the prey...

After writing this film over a year ago, Patrick resined himself to the fact it was too difficult to make due to the challenges of working on a real aircraft.

However following an extraordinary series of events, leading actress Faith has sourced a plane and been inspired to take on producer role for this project. Due to the restrictions, we only have a short timeframe before the plane sent to plane heaven and scrapped. We therefore need you to help us get our funny and unsettling black comedy taxiing and ready for take-off.

So where is the your kindly contributed money going?

£300 for Insurance (to cover us for any damages to the £10 million jet- and the way more valuable people working on said jet!)

£600 for site fee’s to cover losses incurred by the company storing the plane who are providing us mini busses (to transport people & equipment to & from set) airside chaperones (due to the sensitive area we have to be accompanied at all times… to make sure we’re behaving ourselves…..)

£700 in licence fee's to the airport for filming on their premises (this seems a lot for effectively a "piece of paper", however we are reliably informed we MUST purchase said paper!) 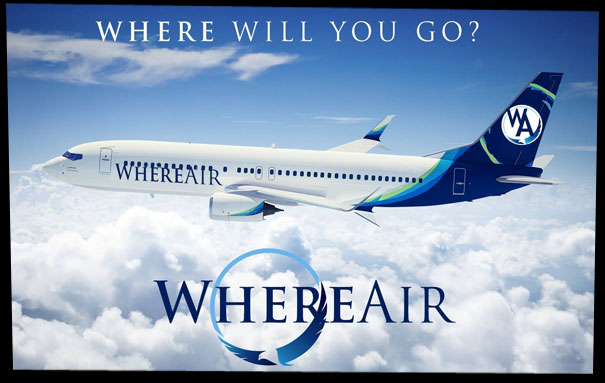 £200 for hire of the beautiful 4k camera & associate fancy equipment to ensure we shoot the best footage possible.

£165 for the hire & petrol of a generator to provide power to all of our fancy equipment.

£300 towards travel costs for transporting people to & from the airport in Kemble (Several cars FILLED with people driving the 200 MILE round trip from LONDON to SWINDON!!)

£200 to feed around 30+ people, because apparently hungry people are grumpy people!

£300 is allocated for the IndieGoGo fees….. Sad face. But without this wonderful site, our crowd funder wouldn't be possible. Happy face!

£500 towards compensating for the cost of the perks! That's ALOT of signed photos! ;)

£100 because films do go over budget (big shock!) so we are allocating a little extra to help with any nasty unexpected surprises….

In addition to these costs, we need to have some money for festival runs (after all, we’re making this film to be seen…)

It SHOULDN’T come last (as Indie film makers, we do understand the frustration) as nobody likes to work for free (we have already put in over 100 unpaid hours of work into this project and that's just at the time of launching the campaign….) It’s sad that in our industry that often the budget doesn’t stretch to paying people for their time & talent… However IF we are able to reach OVER our target, then we would LOVE to see if it’s possible to pay our Cast and Crew…. It’s a BIG IF… Even minimum wage would be nice...

Okay the unpaid work thing isn’t the last anymore! (Yey!) For any additional funds raised over & above the target we would like to look at having a small (BUT SUPER AWESOME IMMERSIVE) Central London screening (we have already found the perfect location, a mock up of the interior of a plane which we can use for FREE & we are in discussions with a highly skilled artistic chef planning some quirky themed food!) However this isn’t the priority for the money, we mainly just NEED the cash to get the film made.

Have you perked up yet?

Check out the awesome perks we have available including a chance to have an exclusive signed photograph of Actress Faith Elizabeth, the opportunity to meet Faith or Patrick to pick our brains over a cuppa or even take on the quirky Idris Elba experience (worth a shot ey!)

Now GO donate and collect your THANK YOU for being AWESOME.