For the Love of Entertaining: A Conversation with Game of Thrones + Stand Up Comedian Emma Bryant | The Fan Carpet

For the Love of Entertaining: A Conversation with Game of Thrones + Stand Up Comedian Emma Bryant

Emma grew up in a small village near Bristol, where she attended school and gained straight A and A*’s GCSE and A Level qualifications, whilst also attending theatre classes for five years, whilst starring in several musical productions, including “Oliver Twist” and “A Midsummer Night’ Dream”. She got her first part time job at the age of 17 in an electronics shop, working as an assistant.

Soon after, she undertook a training course in marketing and business management, gaining two advanced diplomas, followed by a full time sales management role for a prestigious insurance firm based in the South West. Whilst attending a runway show in Cardiff, she was scouted by a talent agency and soon after featured in several regional catalogues, modelling women’s fashions and accessories. This soon progressed into regular part time work, and eventually a full time role, when the insurance firm she worked for relocated to London, she was invited to keep her role and relocate with them, however this was not possible. She went on to enjoy a successful career in the modelling industry, having worked for established companies such as Playboy, Hustler and Page 3 of The Sun newspaper.

It was through experiencing personal tragedy in the form of a severely abusive relationship that she further realised her true passion was not for posing and looking pretty in front of the camera, but in fact for entertaining, and making people laugh. Through her many contacts gained through modelling and previous theatre training, she secured small supporting roles in Season 4 of Game Of Thrones, Brit feature film “FILTH”, which also stars James McAvoy, and several independent films.

She also proudly holds the title of Britain’s only female professional “Prankster”, having performed in many viral hidden camera pranks for popular YouTube channels. Several national tabloids including The Daily Mirror and The Sun have written features about her battle to overcome domestic violence and pursue her dream career in acting and comedy. She has also gained the attention of online entertainment websites “LAD Bible” and “UniLad”, who have published several articles praising her comedy videos and career/lifestyle transition. Emma’s story also reached her local newspaper, the Crawley News, who she is now also a columnist for. She also recently established herself as a freelance writer, regularly submitting pieces to several online and printed publications of various genres.

In 2016, she was elected as a spokesperson for the women’s charity, Refuge UK, speaking of her experiences of surviving domestic abuse, and encouraging other women to share their stories.

In our candid interview, The Fan Carpet's Marc Jason Ali caught up with friend of The Fan Carpet Emma Bryant about her career, how she got started in the Entertainment Industry, her involvement with VR and YouTube and working in Stand-up Comedy...

As you said, you appeared in Game of Thrones, what can you tell us about your experience?

Well first off, yes everybody I was in none other than the legendary HBO television show, GAME OF THRONES..... which you probably wouldn't know, seeing as I never ever speak about, or try to milk the shit out of it, like never ever in my entire life!!

Joking aside, the first thing I can tell you about my GOT shenanigans, was that I REALLY should have at least done a tiny bit of research on the show, providing that at the very minimum, I would be able to identify the main cast when I met them! One of the other actresses on the set found it hilarious that I casually strolled over to the food table, and proceeded to slyly steal the last cheese sandwich from under the nose of a guy who was clearly eyeing it up.... A guy who was apparently one of the most important cast members! Something tells me however, that he won't be crying too hard into his paycheck over the elusive savoury snack.

I thoroughly enjoyed my time on the set in Belfast, even if it did take a good eight or more hours to film one 10-15 minute scene!! I met some lovely people, and let's face it, it ain't too bad a credit to whack on my actor's CV now, is it?! The whole experience also makes for some excellent comedy material. For example, on IMDb someone made a list of the "89 Most Sexy People In Game Of Thrones".... I was number 88. After scrolling through the list of those deemed more worthy than myself, I drew the conclusion that I was considered less appealing than an elf, an elderly wizard, and several blank outlines of random people's heads. Marvellous!

You’re well known on YouTube, how did you get involved with that?

Well it's actually quite a grim (and somewhat inspiring from what I've been told) story that began in 2013. At that point I just set up a YouTube channel for fun, to document the places I was travelling, and days spent with my family and friends. I didn't really do much with it, until just after Christmas 2014 when I was recovering at home after my time in hospital. I was watching stand up comedy and prank videos, and feeling that my original aim of working in the mainstream industry was almost impossible to now achieve. I watched hours of videos, and the more time spent doing this, the more I knew that getting back on track to reach my goals was the only way I was going to defeat, and make a full recovery from the depressive and self harming state I had fallen into.

I knew I was more than capable of performing in crazy, outrageous prank videos like the ones I had seen, so I contacted the biggest prank channel in the UK, and gave them my best pitch about why I would be perfect for their team.... I had no previous examples of my own pranks to show them, but after a very energetic phone call, I scheduled my first day filming with them for the following week!

I did not look back after that, I was an absolute natural in front of the (hidden) camera, and went on to film many more prank videos with all the most popular British YouTube channels. I also began filming my own vlogs and sketches with other actors and comedians, which was so much fun! Oh and I just want to point out that I in no way used my sexuality in my comedy videos, like I am aware many females who make comedy videos do.... All my videos are over the top silly and outrageous! Although saying that, I did do a 50 Shades Of Grey prank, which in itself could be considered somewhat "sexy", but I can guarantee that anyone with this belief would soon be changing their minds after watching the video.... I was even barred from a department store for it! I am actually barred from a few places in London, including various art galleries, a furniture store, and a random hippy pub in Shoreditch. As you do.

I also film all of my stand up shows for my YouTube channel as well, which has been beneficial when applying to perform at other venues! Also, several of my YouTube videos have gained viral news coverage, mainly consisting of public "social experiments" and vlogs about my experiences with domestic violence. 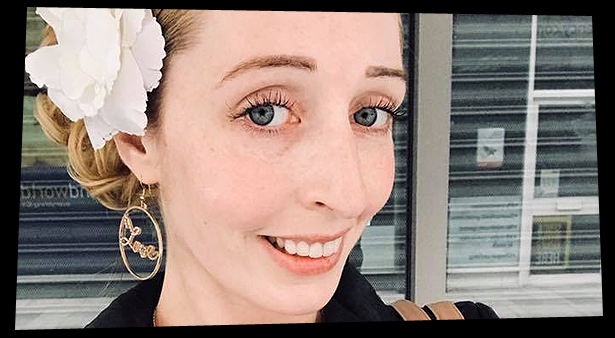