The story of the former British Army Captain who raised £38.9 million for the National Health Service by walking laps of his garden in the run-up to his 100th birthday during the Covid-19 pandemic captured hearts and minds around the world. He also broke two Guinness World Records, achieved a number 1 hit single, “You’ll Never Walk Alone” and was knighted by the Queen in a private ceremony at Windsor Castle. As a result of the unprecedented support received, he and his family also recently set up The Captain Tom Foundation to continue to inspire people and ensure Tom’s message of hope becomes an enduring legacy.

Moorcroft and Leonard are writing the original screenplay to the biopic which is being fast-tracked for production in 2021. 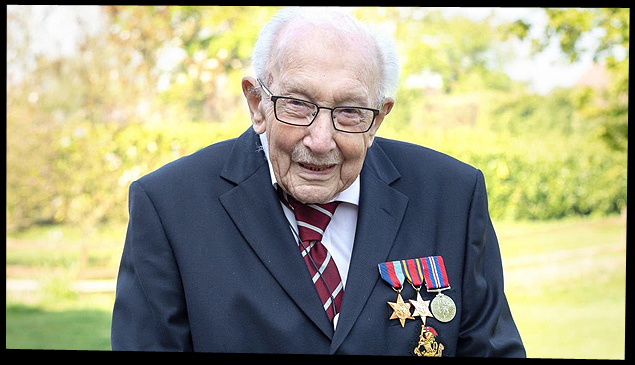 The film will focus on Captain Sir Tom Moore's close relationship with his family and explore how his strength, wisdom and humour changed the way they viewed the world after he moved into their home following the tragic death of his wife. After a long battle with skin cancer, Tom suffered a broken hip and was told he would never walk again, but at the age of 99 he ordered a treadmill and began his own rehabilitation which progressed to walking laps of their garden.  When the global pandemic took hold, he and his family had an idea for how to raise money for the under pressure National Health Service that Captain Tom credited with saving his life. As Tom’s inspirational efforts captured the public imagination, donations flooded in thrusting an ordinary British family into an extraordinary global media frenzy whilst dealing with the restrictions of lockdown and shielding a defiant centenarian from the virus. The film will also draw on Captain Tom’s military career and dramatize how personal grief and the horrors of war shaped his life and inspired him to keep walking.

Writers/Producers Nick Moorcroft and Meg Leonard said in a joint statement “This is a story about the power of the human spirit and Captain Sir Tom personifies that. We are honoured to be telling this unique and inspiring story and are excited about audiences getting to know the man behind the headlines.”

Producer James Spring said "At a time of fear and uncertainty 161 countries around the world embraced the beacon of hope that Captain Sir Tom provided.  We are privileged that Tom and his family have entrusted us to tell their story."

Captain Sir Tom Moore said “I don’t know of any 100 year old actors but I’m sure Michael Caine or Anthony Hopkins could do a wonderful job if they were prepared to age up!”

His daughter, Hannah Ingram-Moore said “We received so many offers but what it boiled down to was trust. The family are big fans of the films James, Meg and Nick have written & produced and we hope that our story connects with audiences in the same way their previous films have done”.