From Theatre to FIlm: A Conversation With Harry Melling For Harry Michell's SAY YOUR PRAYERS Which Is On Demand NOW | The Fan Carpet

From Theatre to FIlm: A Conversation With Harry Melling For Harry Michell’s SAY YOUR PRAYERS Which Is On Demand NOW

Led by Harry Melling and Tom Brooke, two of Britain’s most promising up and coming actors spring boarding from major franchises such as Game of Thrones and Harry Potter, the duo play two radical Christian hitmen.

Orphaned brothers and Christian radicals, Tim and Vic, arrive in Ilkley with the relatively straightforward task of assassinating Professor John Huxley. However, after a classic case of mistaken identity, they find themselves having murdered the wrong man. Now stuck in the town during Ilkley's busiest weekend, they wait for the arrival of a foreboding mentor to give them instruction. The mission must still be completed - that's providing Vic’s rage, Tim’s doubts or the efforts of foul-mouthed Detective Inspector Brough don't get in the way first.

The film is a Guinea Pig Production with Aimimage Production in association with Independent and Featuristic Films. Financing came from Screen Yorkshire, Ivy Gate Films, and Umedia.

In our interview, The Fan Carpet's Marc Jason Ali spoke to Harry about Say Your Prayers, he tells us about why he got started in the film industry, how he relates to Tim and what he has coming up... 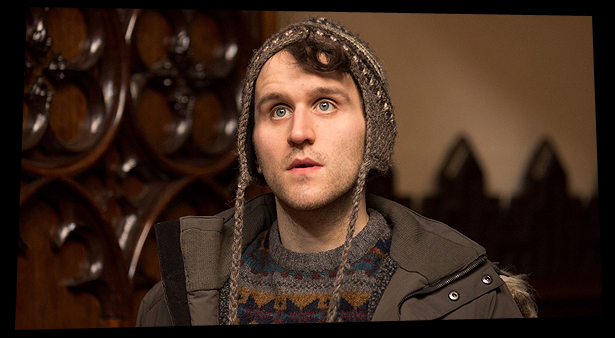 It’s wonderful to speak to you today Harry. I’ve been an admirer of yours for a long time. So, if we go back to the beginning, was there a defining moment to get into the film industry?

Oh. I don’t think so. I mean, in my family there was quite a lot of actors, quite a few of us. My grandad, my mum’s dad, was an actor, probably best known for playing Doctor Who, the second Doctor Who. And then my mum and my dad aren’t actors at all, but my mum’s brothers are actors and my cousins are actors. So there’s a lot of us. So I kind of was introduced to theatre at a very young age and I think that’s where I probably caught the bug, but again, I’m not entirely sure I can tell you one defining moment that when I was (clicks fingers) “that was it”. And then it sort of snowballed into this obsession really from a very young age.

And I think certainly I think the obsession was, ironically, theatre, that was my real initial love being on stage and working out how that worked. And from that, obviously, the Potter films came along and now I’m here.

So what was it about Say Your Prayers that enticed you to get involved?

I just really enjoyed the script. I really thought Harry Michell did a really cool script. It was quite unusual in terms of the subject matter and in terms of the comedy and how that worked.

I was really interested in Tim as a character, someone who is very naive and innocent and someone who is always taking on the world and receiving the world. I’m not sure if I’d done something, in a way, as naive as he was and that really intrigued me. And also, in terms of the comedic aspect of the film, with that naivety comes a great potential to really play up the misunderstanding, you know, he’s always misunderstanding things and misinterpreting things and that comedic trope, so to speak, is something that I thought I could have a lot of fun with. So it was kind of a combination of all those things and then meeting Harry and finding out who else is in it, it was kind of a no brainer.

Brilliant. So what was it specifically about Tim when you read the script?

I think that thing of like he’s a very naive innocent character and someone whose always misinterpreting things and getting the wrong end of the stick, you know, listening to the wrong thing.

And he’s doing that because in the centre of Tim is a real goodness, he’s a great honest good person whose trying to compute this very complicated world. And I just thought that was a very interesting thing to really be exploring, certainly in these times, although obviously it was filmed a few years ago, but in terms of exploring those themes it felt really apt and right to do so.

Awesome. And how do you relate to Tim?

Oh, good question. Obviously there’s elements with which I identify with him, like I guess, I (laughs) like to think I’m a good person. I liked to think there’s an openness to me as a person. I think potentially that’s what Tim represents. Of course, like any character there are huge differences as well, you know, Tim feels like he’s always catching up with the world and I don’t necessarily think like that, but I felt like Tim was always two steps behind, you know, so maybe that was the difference.

Absolutely. So do you have any memories from filming that will stick with you throughout your career?

I really enjoyed…...so Tom Brook who plays Vic, my brother, it was a real joy working with him and, you know, just because the relationship was very close in the film. We’d always try and sneak away during lunch breaks, there was a really good cafe, I can’t remember where, but it was while filming. I can’t remember which village it was because we did move about, but every single lunch time we’d try to sneak away to this particular cafe and we’d made a deal with the drivers to nip us round and so we’d have a sit down meal and a coffee, a nice coffee. So that was kind of our lunch treat if we were lucky enough to make a good deal with the drivers. So yeah, I really had fun doing it, it was a really quick shoot but it was a lot of fun. 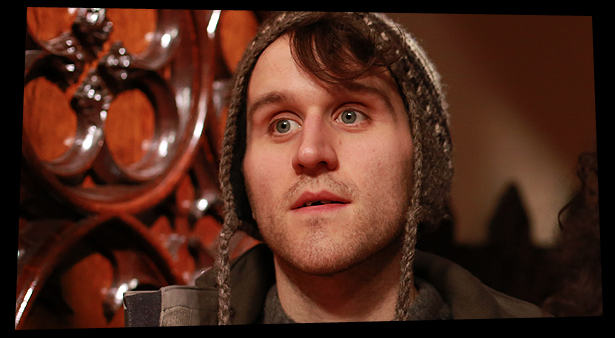 Say Your Prayers is now available On Demand here