German Cinema Returns to London for FACE TO FACE WITH GERMAN TALENT: THE GERMAN FILM WEEKEND this September | The Fan Carpet

German Cinema Returns to London for FACE TO FACE WITH GERMAN TALENT: THE GERMAN FILM WEEKEND this September

The impressive programme of five critical and festival favourites is curated by film critic and host of Girls on Film podcast, Anna Smith, and will bring you “face to face” with some of Germany’s hottest on-screen talent. Including some of the latest festival, film and series highlights from Germany, the line-up showcases bittersweet coming-of age-stories to powerful relationship dramas and gripping thrillers.

Launched in 2016, the FACE TO FACE WITH GERMAN FILMS campaign shines a spotlight on the most influential individuals currently working in the German screen industries and represents just some of the many dynamic ‘faces’ of German filmmaking today as well as celebrating current trends in the German entertainment industry, promoting German content to international audiences and fostering an awareness of modern German storytelling and styles. 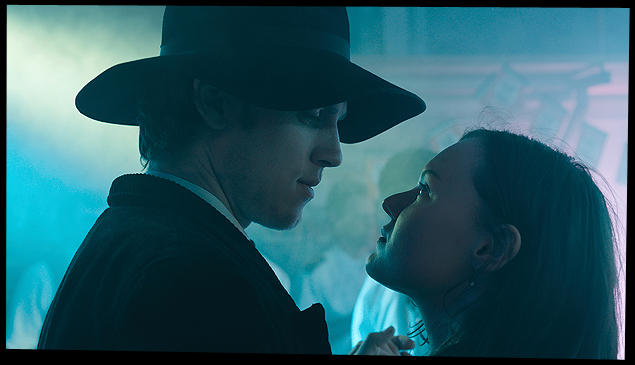 LOST ONES is a moving drama exploring the complex lives of two sisters. Maria (Maria Dragus) lives with her younger sister Hannah (Anna Bachmann) and their father (Clemens Schick) in remote Baden-Württemberg. Since the death of her mother, Maria has become the responsible sister while Hannah has rebelled and challenged her father’s authority. While Maria enjoys playing the organ at church, both young women are bored and keen to escape, but something is keeping Maria from leaving home. When Hannah discovers a shocking secret, the film takes a more serious turn and explores an urgent issue with sensitivity and strong performances.

The film will be followed by a Q&A with actress Maria Dragus hosted by Anna Smith. 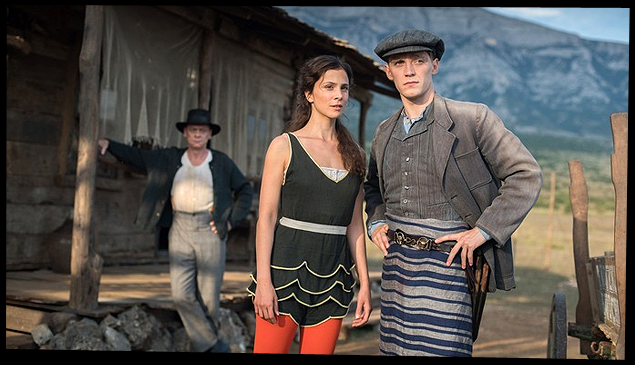 FACE TO FACE WITH GERMAN TALENT are proud to present the first two episodes of THE MASTER BUTCHER starring Jonas Nay.

On his return from WW I, master butcher Fidelis Waldvogel finds there's no room for him anymore in his parents' butcher's shop. He promised a fallen comrade he would take care of his pregnant wife Eva, so he marries her offhand. To find a better life for her and himself, he emigrates – all the way to Argus, North Dakota.

Departure and return, devotion and loyalty, love and responsibility, loss and pain: THE MASTER BUTCHER is a many-faceted portrait of a generation of German emigrés, based on the worldwide bestseller "The Master Butchers Singing Club" by American author Louise Erdrich.

Lead star of the series Jonas Nay will take part in a post-screening Q&A hosted by Anna Smith. 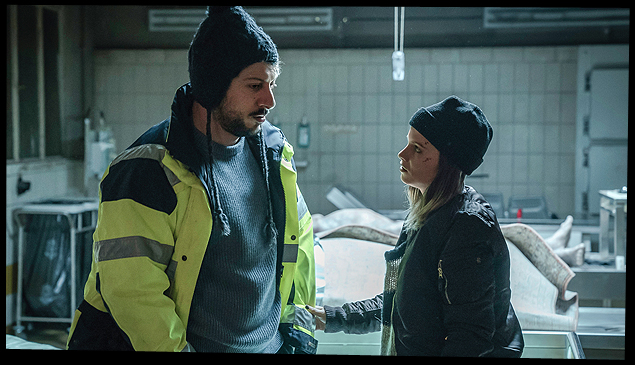 CUT OFF by Christian Alvart

Based on the popular novel by Sebastian Fitzek and Michael Tsokos, it stars Jasna Fritzi Bauer as Linda, a young comic book artist who happens upon a dead body on a beach. Answering the deceased man’s phone, she hears a desperate Paul Herzfeld (Moritz Bleibtreu) begging her to help him, having found the phone number hidden inside a body during an autopsy – along with the name of his daughter, Hannah. The pair then race against time to locate Herzfeld’s missing daughter and discover the fate of a series of young women who’ve fallen victim to brutal kidnappings.

This gripping thriller full of twists and turns is not for the faint hearted as it explores the grisly details of autopsies and sexual violence. 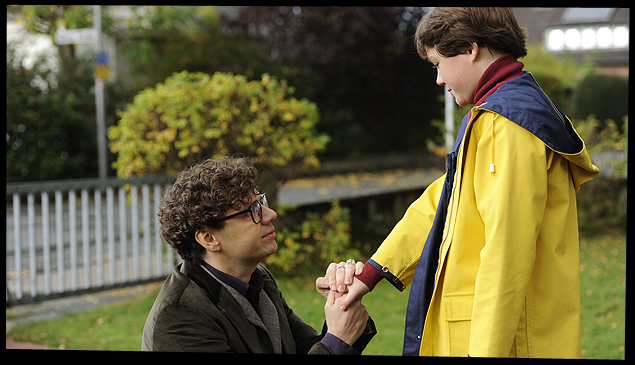 A tragicomic coming of age story, Happiness Sucks sees 12-year-old Jessica (Ella Fray) trying to help her sickly 15-year-old sister Sabrina (Emilia Bernsdorf) by finding her a sex partner. Convinced that a bizarre ancient ritual will cure Sabrina’s illness, Jessica goes on a mission that’s as comic as it is sad.

Director Anca Miruna Lazarescu and actor Christian Friedel will take to the stage for a post-screening Q&A hosted by Anna Smith. 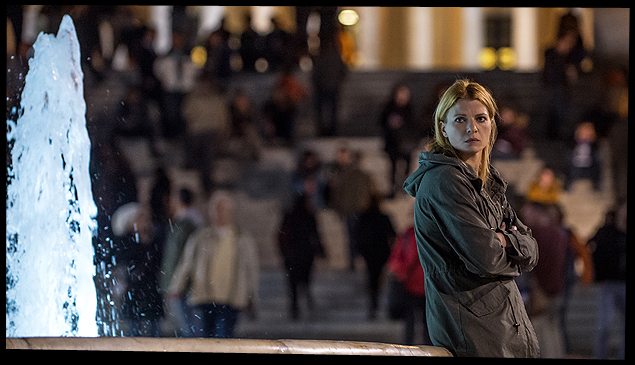 ONE BREATH by Christian Zübert

Two women are pushed to their limits in this gripping drama featuring terrific performances from its female leads. Intriguingly showing two points of view on the same story, it opens with the experiences of Elena (Chara Mata Giannatou), a young Greek woman living in Germany who reluctantly takes work as a nanny for Tessa (Jördis Triebel) and her husband Jan (Benjamin Sadler), who are struggling to adjust to being working parents after having their first child. When a terrible event happens, Elena is plunged into a state of extreme stress, and the focus shifts to Tessa, whose world will be even more rocked by the situation that unfolds.

Promoting empathy and understanding of others, this film from acclaimed director Christian Zübert looks at culture clashes and class dramas within a dramatic story that will keep audiences on the edge of their seats. 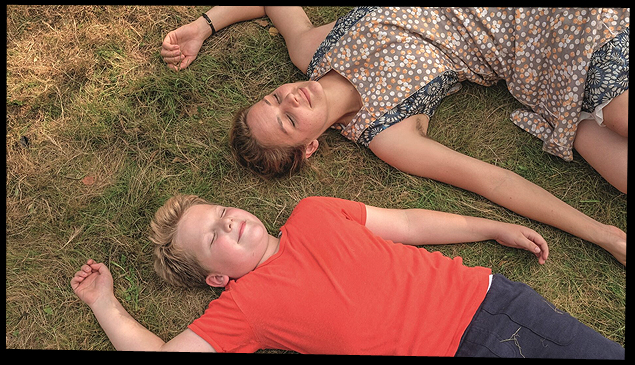 Closing film: ALL ABOUT ME by Caroline Link

A heart-warming true story based on the best-selling memoirs of famous German entertainer Hape Kerkeling, here played by talented young actor Julius Weckauf. Oscar®-winning director Caroline Link (Nowhere in Africa, Beyond Silence) delivers a charming portrait of a boy from a troubled family who, after a tragedy, is taken in by his grandmothers. The characterful young boy amuses them and their friends by dressing up and performing colourful impressions, but life is not always easy for a boy like him in 1970s Ruhr Valley.

With over 3.6 million admissions, All About Me is Germany’s #1 national box-office hit and won three German Films Awards in 2019 for Highest Admissions, Best Supporting Actress for Luise Heyer and the Best Feature Film in Bronze.

About German Films
German Films is the national information and advisory centre for the promotion of German films worldwide.

The aim of German Films' activities is to raise the level of awareness for German feature, documentary, television and short films abroad via information services, lobbying, PR and marketing measures. The range of activities includes amongst others the close cooperation with major international film festivals, the organization of umbrella stands for German sales companies and producers at international television and film markets, the staging of Festivals of German Films worldwide, the organization of the German Films Previews geared toward distributors and buyers of German films, and selective financial Distribution Support for the foreign releases of German films.

German Films is also responsible for the organisation of the selection procedure for the German entry for the Oscar® for Best International Feature Film.

About Regent Street Cinema
Built in 1848 and housed within the Polytechnic Institution on London’s Regent Street, the cinema was the first in the country to show moving pictures. In 1896, the cinema showcased the Lumière brothers’ Cinématographe to a paying audience, and, as the curtain fell, British cinema was born.

After being used as a student lecture hall by the university since 1980, it was restored into a working cinema featuring a state-of-the-art auditorium as well as an inclusive space for learning, cultural exchange and exhibitions. It is a truly landmark venue for the British film industry in the heart of London’s West End.

The cinema is one of the few in the country to show 16mm and 35mm film, as well as the latest in 4K digital film. It offers exclusive premieres, repertory screenings, retrospectives, documentaries, animation and experimental cinema. You can also experience double bills, showcasing the best of home-grown British talent, world cinema and classic movies in a classic environment.

The University of Westminster has always been at the centre of innovation in film production and cinematography. Many of the university’s alumni occupy prominent roles within the industry. The Regent Street Cinema will provide a platform for film students and professionals to come together and showcase their outstanding work.