MUBI, the theatrical distributor and global curated film streaming service has acquired all rights for Céline Sciamma’s Petite Maman for the UK, Ireland and Turkey.

Petite Maman folllows Céline Sciamma’s acclaimed Portrait of a Lady on Fire, which after premiering in competition at the Cannes Film Festival 2019 and winning Best Screenplay and the Queer Palm, saw widespread critical acclaim, recieving numerous awards and nominations worldwide, including the César Award for Best Cinematography.

Her latest film, Petite Maman, tells the story of 8-year-old Nelly who has just lost her beloved grandmother and is helping her parents clean out her mother’s childhood home. She explores the house and the surrounding woods where her mother, Marion, used to play and built the treehouse she’s heard so much about. One day her mother abruptly leaves and Nelly meets a girl her own age, named Marion, in the woods building a treehouse. 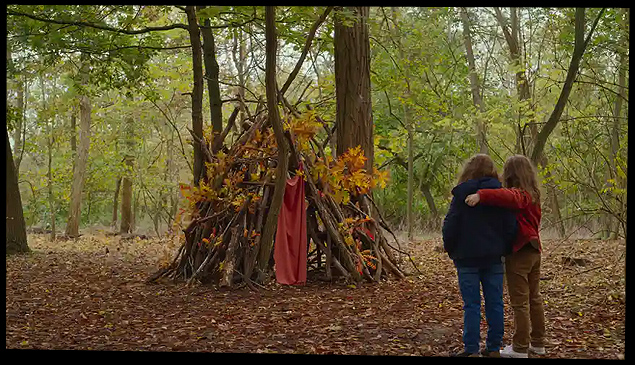 About MUBI
MUBI is a curated streaming service. An ever-changing collection of hand-picked films. From new directors to award-winners. From everywhere on earth. Beautiful, interesting, incredible movies — a new one, every single day. Always chosen by us. MUBI is available to watch in 190 countries, and the films we pick are guided by local cultures and cinema. We are the world’s biggest community of film-lovers, with over 10 million members around the globe. You can stream or download all our movies, anytime. On any screen or device, anywhere. And you’ll never see a single ad on MUBI. Ever. And with MUBI GO, our members also get a hand-picked cinema ticket, every single week, to see the best new films, in real cinemas.

MUBI also produces and theatrically distributes ambitious films by both emerging and world renowned filmmakers, which members can see exclusively on its service.

Subscription plans are £9.99 a month or £71.88 for 12 months. MUBI is available on the web, Roku devices, Amazon Fire TV, Apple TV, LG and Samsung Smart TVs, as well as on mobile devices including iPad, iPhone and Android. MUBI has offices in London, New York, Kuala Lumpur, and Mumbai.

About mk2 films
Every year, mk2 films co-produces, sells and distributes a dozen new films by established or promising directors such as Portrait of a Lady on Fire, Atlantics, Cold War and Ash is Purest White.

The whole film collection also counts some of the major films of the history of cinema and a large number of classic films restored in 2K and 4K: from the very pioneers of the industry, such as D.W. Griffith and Alice Guy-Blaché, to Stan Laurel & Oliver Hardy, Buster Keaton and up to today’s most acclaimed directors such as Jia Zhang-Ke, Joachim Trier, Céline Sciamma, Xavier Dolan and Mati Diop.