The second installation of Season 2 will debut on Sky One and Sky Kids over the Easter weekend, starting 10th April.

First Look at new character “Seahorse” who features in the upcoming episodes on Sky - played by Miriam-Teak Lee (&Juliet, Hamilton, On the Town) opposite “Moomintroll”, played by Taron Egerton (Rocket Man, Kingsman: The Golden Circle)

In the UK, the second batch of season 2 episodes for Moominvalley will debut on Sky One and Sky Kids over the Easter weekend, starting 10th April. Moominvalley, based on the beloved Moomin stories by Finnish-Swedish author and artist Tove Jansson, is commissioned by Yle in Finland and Sky in the UK, and produced by Gutsy Animations. It has currently sold to over 30 countries around the world, and is represented worldwide (excluding UK, Finland, Japan, South Korea and China) by PGS Entertainment. 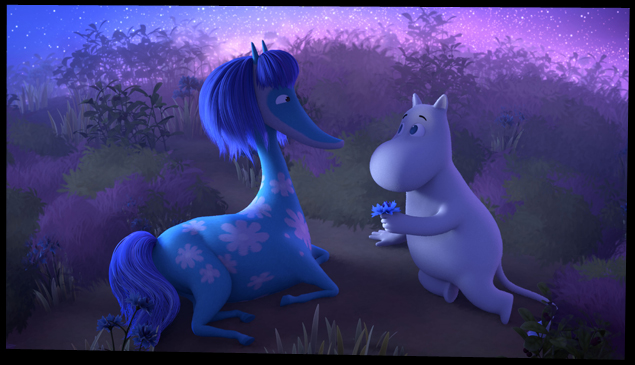 Robin Skinner (Cavetown) commented “It's so weird hearing my music being part of a show which characters’ I grew up with. I listened to “Moomintroll” audio books all the time as a kid to help me sleep, and I'm over the moon that my first soundtrack appearance is on a show which means so much to me!”

The role of the music in the Moominvalley series has grown in season two: the ‘Island Trilogy’ refers to three episodes of the series that are partly musicals. The Moomin family as well as the eccentric Fisherman express their feelings of love, longing, mysteries and their everyday life on the island with singing.

The award-winning Finnish multi-instrumentalist Jarmo Saari has joined the production to compose original score music for Moominvalley’s second season together with Samuli Kosminen, who also worked on season one. Saari is known for a visual compositional style and layered sound collages made with guitar, vocals, theremin, viola da gamba, trombone and glass

harp. The original score music of the Moominvalley season two honours the legacy of Pekka Kuusisto’s composition work for the first season.

The Music Editor for the second season of Moominvalley is Dan Brown, who has a versatile background in performing, editing and producing music. Virpi Immonen continues as the Music Supervisor on the second season. 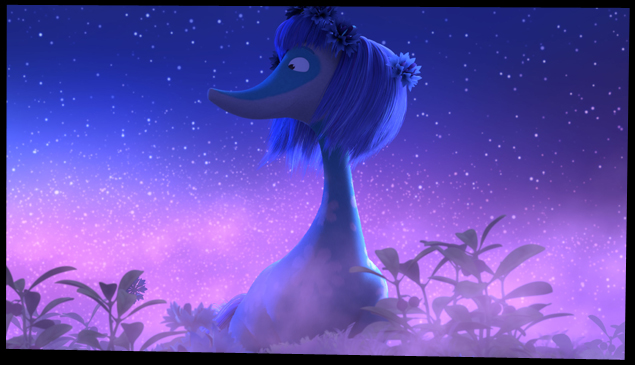 About Gutsy Animations
See Good. Be Gutsy.
We are a company who believes that the world is in need of funny, clever and meaningful content. All of our productions are aimed at international audiences with positive impact.

About Moomin Characters
Moomin Characters Oy Ltd is the official copyright holder of all the Moomin characters,
responsible for supervising and managing the Moomin brand, copyright and registrations. The company was founded in the 1950’s by Tove Jansson and her brother Lars Jansson to take care of the copyright of the Moomins and is still run by family members. Sophia Jansson, Lars’
daughter and Tove’s niece, is Chairman of the Board and Creative Director at Moomin
Characters. All characters from Moominvalley are trademark registered worldwide.