HALLOWEEN KILLS: In Cinemas Now – From HALLOWEEN To HALLOWEEN H2O – A Look At The Famed Slasher Franchise | The Fan Carpet

HALLOWEEN KILLS: In Cinemas Now – From HALLOWEEN To HALLOWEEN H2O – A Look At The Famed Slasher Franchise

The nights are drawing in. The leaves are turning into brilliant shades of yellow, orange, and red. The temperature is dropping, and a definite chill fills the air. It’s safe to say that autumn is officially here and winter is not far behind. Whilst months of cold and wet weather aren’t exactly at the top of most people’s wish list, there is lots to get excited about at this time of year. One such thing, is that it’s now spooky season. For film fanatics, that means plunging themselves into the blood tinged pool of horror movies.

One of the subsets of horror is the slasher movie, which began with films like Peeping Tom and Psycho in the sixties. The genre started to catch fire in the seventies though, with flicks like Texas Chainsaw Massacre, and Black Christmas, with their visions of psychopathic killers who hunt down their prey starting to haunt people’s dreams. It was 1978’s Halloween that exploded the slasher movie into its ‘golden age’, and the genre and franchise are still going strong all this time later.

The eleventh entry in the series, Halloween Kills, has just been released to a warm reception. To celebrate the longevity of the franchise, and how, just like its masked antagonist Michael Myers, it refuses to die, we look back at which films in the series are worth watching this Halloween. 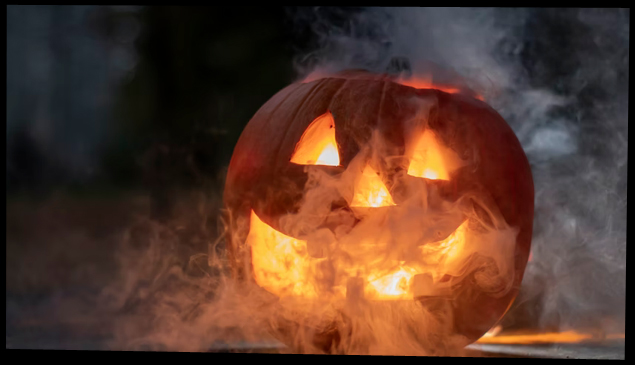 Halloween
The film that kicked it all off, 1978’s Halloween, is a beautifully crafted thrill ride that has become the high-point for all slasher movies to be judged against since. It was directed by John Carpenter, who also co-wrote it with the producer of the film, Debra Hill. The plot is about a six-year-old boy, called Michael Myers, who murders his sister on Halloween, and then is committed to a mental asylum, where he spends the next fifteen years.

He then escapes and heads back to the town where he committed that first brutal crime, and begins stalking a teenage babysitter, played memorably by a young Jamie Lee-Curtis. His psychiatrist is the only person who understands the true horror that Michael Myers is capable of, and spends the whole film trying to capture the escaped psychotic killer.

It became a huge hit, quickly becoming one of the most profitable independent films of all time. From the chilling opening high-pitched notes of the theme, to the eerie mask adorned by Myers, the movie has so many moments that helped cement it in the library of horror classics.

The legacy of the film is undeniable, and it has exploded into other media, including a novel, several video games, and even a mesmerising online slot game at Dream Palace Casino. The best way to play this, is to head to Vegas Slots Online, who have all of the most popular online casino games in one place. There’s online bingo, scratch cards, online baccarat, free slots, video poker, and a whole lot more. Plus, they have information on excellent VIP loyalty programmes, so the more you play, the more you can earn.

Halloween II
Picking up seconds after the ending of the first film, Halloween II, which was released in 1981, continues the nightmare. The only problem is, it’s not quite as good as its predecessor. It is still a well made film though, and is a million times better than some of the dirge that got released in the franchise (2002’s Halloween: Resurrection, we’re looking at you).

Carpenter is replaced on directing duty by Rick Rosenthal, though he did stay on to co-write the script, again partnered with producer Debra Hill. They’re not the only returns, with most of the previous cast turning out for another appearance. Jamie Lee Curtis puts in another impressive performance, and the wizened therapist, Dr. Loomis, is again masterfully played by Donald Pleasence.

One of the movie’s strengths, is that it uses the hospital setting as a terrifying backdrop for Myers marauding, which allows him to come up with some truly gruesome medical murders. Plus, one way that it does actually improve on the previous flick, is that the already awesome theme tune by Carpenter, gets given an eighties makeover by the man, that somehow makes it even more petrifying. So, make sure to give this Halloween II theme a spin this All Hallows Eve, if you really want to scare your guests.

Halloween H20: 20 Years Later
This release came out, yup you guessed it, twenty years after the original, in 1998. Halloween H20 got mixed reviews by critics, seeming to hit that ground common for horror movies, where people either loved it or hated it. Jamie Lee Curtis returns, and this time she’s all grown up, seemingly shrugging off her past trauma. She’s doing well for herself, having moved to Northern California, and has become a successful headmistress of an expensive private school.

Unfortunately for her, someone who hasn’t let the past go is a certain Michael Myers, who remains as determined to kill her as always. The film has more of a character driven plot than most entries before it, but also manages to keep the scares high and the blood flowing. Definitely worth a watch.