ACCLAIMED STAGE AND SCREEN ACTORS, ALEC NEWMAN AND SHANE ZAZA WILL PLAY THE ROLES OF BEN AND GUS, RESPECTIVELY

Hampstead Theatre is delighted to announce the cast for Harold Pinter’s iconic play The Dumb Waiter.  Due to popular demand the production has been extended and will now run from 18 November 2020 until 2 January 2021.

Acclaimed stage and screen actors Alec Newman and Shane Zaza will play the roles of Ben and Gus, respectively, in this 60th anniversary production directed by Alice Hamilton, originally programmed for spring.  She is joined by designer James Perkins, with lighting design by James Whiteside and Composition and Sound Design by Giles Thomas. 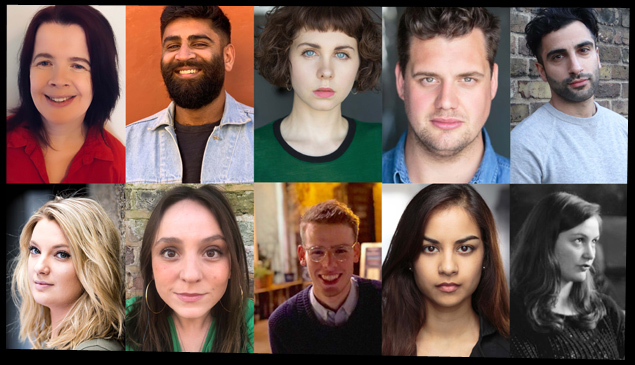 Harold Pinter wrote twenty-nine plays including The Birthday Party, The Caretaker, The Homecoming and Betrayal. He was awarded the Nobel Prize for Literature in 2005.

Alice is co-Artistic Director of Up in Arms and and credits with Hampstead Theatre include the Olivier-nominated Every Day I Make Greatness Happen (2018) and Paradise (2019).

Tickets for the additional performances are now on sale. 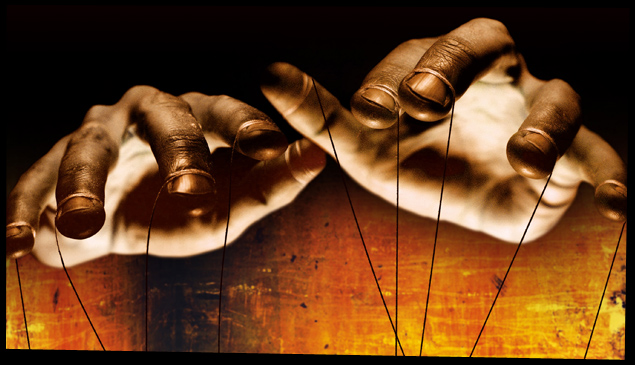 Hampstead Theatre is also delighted to relaunch its open script submissions, Inspire and youth theatre following the theatre’s COVID-19 closure.  These activities have been adapted for online.

Hampstead Theatre’s year-round open script submissions is now back open.  The theatre commits to read and respond to any writer who submits a play in the English language.  For more information please visit here. 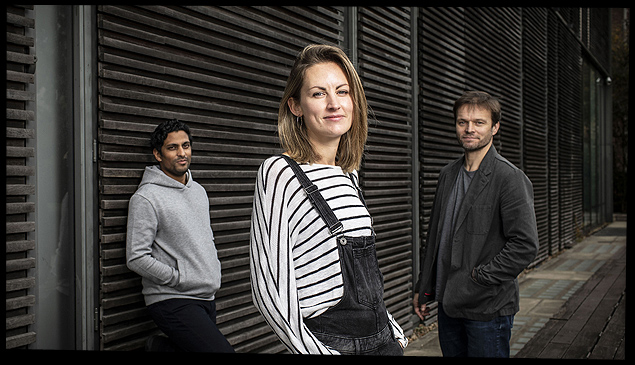 Roxana Silbert, Artistic Director and Joint Chief Executive of Hampstead Theatre said “We have been very moved by the extraordinary demand for tickets for The Dumb Waiter.  It is a much-needed reminder of how important theatre is as entertainment, as a place that helps us make sense of the world and of ourselves, for our personal and social well-being, and our need for community and communal experience.

As our rehearsal room, workshops and offices start to buzz again in the united endeavour to put on a show, we are acutely aware that our industry is entirely dependent on our freelance creative workforce.  They are the life blood of the theatre.  By opening our doors, we are not only serving audiences but doing what we can to offer much needed employment.  It is, however, a drop in the ocean.  We urge the Government to offer a package to freelancers to support them through this pandemic.  We can then return even stronger and retain the UK’s position as an international cultural leader.  We will need culture more than ever as we leave the European Union, re-evaluate our national identity, and look to attract new investment.

Who knows what the future will bring.  What I do know is that there is an abundance of brilliant new theatre talent bursting to be seen and heard, so we are delighted to be re-launching activities to inspire and support the next generation of theatre makers who are so vital to our futures.”

Alice Hamilton, Director of The Dumb Waiter said “It is wonderful to be in the rehearsal room again getting back to the business of making live theatre.  The past few months have brought a strange new resonance to this classic Pinter play and I'm excited to be exploring it now with these two brilliant actors.”

Roy Williams, Mentor of Inspire said “When it comes to Inspire, the clue is in the title.  No one can teach anyone how to write, but we can help to inspire them to find their creative voices.  This year's group of ten, the largest ever are the most diverse, group we have ever had, in terms of age, sex and ethnicity.  They are really hard working with their excellent plays, all reflecting somehow with great subtlety, the challenging times we are all facing right now.  A lovely group. Super talented. The future of British theatre is in safe hands.”

“We’ve proved ourselves before now, haven’t we? We’ve always done our job. What’s he doing all this for? What’s the idea? What’s he playing these games for?”

Ben and Gus have a job to do. But as they await instructions in a derelict building, they start to receive strange messages via a dumb waiter.

“The most influential, provocative and poetic dramatist of his generation” The Guardian

“If the Hampstead Theatre Club keeps to this standard, it not only deserves success it will command it”  The Sunday Times (on The Dumb Waiter, 1960)

Groups: For every 9 tickets get the 10th free

Groups: For every 9 tickets get the 10th free

About Hampstead Theatre
Hampstead Theatre was born in 1959.  Its mission was to create original, entertaining theatre without creative restriction.  It quickly attracted a generation of talent that helped to redefine British Theatre.  Sixty years on, in a state-of-the-art venue which allows everyone who works here maximum creative flexibility, Hampstead is still driven by the same ambition: to produce new work that inspires audiences and influences the future of British theatre.

Hampstead Theatre is delighted to open The Dumb Waiter. Our audience, company and staff are our top priority.  Following UK Government Covid-19 guidance and in collaboration with RB Health and Safety Solutions, we have introduced stringent new health and safety measures to allow everyone to enjoy live theatre again.

Key measures to note are:

- The theatre will reopen with a reduced capacity and socially distanced audiences.

- Seating will be arranged to ensure there is at least 1 metre plus between seats with additional safety precautions in place including face coverings, temperature checks and enhanced cleaning.

- The cast are taking regular Covid-19 tests under medical supervision so they can rehearse and perform as normal.

- The director and other members of the creative team are wearing face coverings during rehearsals and are socially distanced from the cast and each other at all times.

- During performances, all company members will be following social distancing backstage and wear face coverings, except the cast. Carefully designed routes are in place backstage to allow company members to move around safely.

- In the event of The Dumb Waiter needing to be postponed, full refunds or credit vouchers will be offered.

Creative Multilingualism is a four-year research programme investigating the interconnection between linguistic diversity and creativity. It aims to release the creative potential of languages, shine a spotlight on the UK’s hidden multilingualism and celebrate the many benefits of language learning. The programme is funded by the AHRC's Open World Research Initiative.

The exciting Multilingual Performance Project (MPP) showcases and celebrates the multilingual nature of schools and demonstrates how multilingualism can interact creatively with teaching in the classroom, promoting both taught languages and the use of community languages.

Creative Multilingualism has been an Associate Company with Hampstead Theatre since 2019.

Hampstead Theatre offers an Access Membership Scheme. It is free to join and provides regular updates regarding forthcoming productions and assisted performances at Hampstead.

The scheme provides access to concessionary rate tickets, including a companion, and details regarding a seating preference can be stored to make future bookings easier.

If requested, the theatre can also provide cast lists and programme information in large print format, and show notes in mp3 format via email.

At present, due to COVID-19 safety precautions, the theatre will be offering Captioned and Audio Described performances but not pre-show touch tours or post-show discussions.  For further information please visit here

The Downstairs Club For Under 30s

The Downstairs Club For Under 30s is Hampstead’s free membership scheme for U30s which provides access to Priority Booking for every Main Stage and Downstairs production and the popular £10 and £5 tickets. For further information, please visit here

Film work includes All That Glitters; Where Hands Touch; The Snowman; Greyhawk; A Lonely Place to Die; Moonlight Serenade; The Fifth Patient; The Gene Generation; Constellation; Four Corners of Suburbia; Bright Young Things; The Principles of Lust; The Death of Klinghoffer; Long Time Dead and G:MT.

Radio work includes The Corrupted; Something Understood and The Fly.

Harold Pinter was born in London in 1930. He lived with Antonia Fraser from 1975 until his death on Christmas Eve 2008.

After studying at the Royal Academy of Dramatic Art and the Central School of Speech and Drama, he worked as an actor under the stage name David Baron. Following his success as a playwright, he continued to act under his own name, on stage and screen. He last acted in 2006 when he appeared in Beckett’s Krapp’s Last Tape at the Royal Court Theatre, directed by Ian Rickson.

He wrote twenty-nine plays including The Birthday Party; The Dumb Waiter; A Slight Ache; The Hothouse; The Caretaker; The Collection; The Lover; The Homecoming; Old Times; No Man’s Land; Betrayal; A Kind of Alaska; One For the Road; The New World Order; Moonlight and Ashes to Ashes.  Sketches include The Black and White; Request Stop; That’s your Trouble; Night; Precisely; Apart From That and the recently rediscovered, Umbrellas.

He directed twenty-seven theatre productions, including James Joyce's Exiles; David Mamet's Oleanna; seven plays by Simon Gray (one of which was Butley in 1971 which he directed the film of three years later) and many of his own plays including his last, Celebration, paired with his first, The Room at The Almeida in the spring of 2000.

He wrote twenty-one screenplays including The Pumpkin Eater; The Servant; The Go-Between; The French Lieutenant's Woman and Sleuth.

In 2005 he received the Nobel Prize for Literature. Other awards include the Companion of Honour for services to Literature, the Légion d’honneur, the European Theatre Prize, the Laurence Olivier Award and the Molière d’honneur for lifetime achievement. In 1999 he was made a Companion of Literature by the Royal Society of Literature. Harold Pinter was awarded eighteen honorary degrees.

She worked as Staff Director on Man and Superman at the National Theatre, and has directed development workshops and rehearsed readings with the Royal Court, National Theatre, Salisbury Playhouse and High Tide. Alice is co-artistic director of Up in Arms.

Recent work includes Stranger Things (Secret Cinema); Torch Song (Turbine Theatre); Ain’t Misbehavin’ (Mercury, Colchester/Southwark Playhouse); Hogarth’s Progress (Rose, Kingston); The Midnight Gang; The Wizard of Oz; Beauty and the Beast; Miss Julie; Black Comedy; A Marvellous Year For Plums; The Ragged Trousered Philanthropists; Wallenstein; Funny Girl; Peter Pan; A Christmas Carol; The Hundred and One Dalmatians; The Witches; The Lion, The Witch and the Wardrobe; Alice in Wonderland and The Snow Queen (all Chichester Festival Theatre); The Last Tango; Dance ‘Til Dawn; Midnight Tango; Never Forget and Footloose (all UK tours/West End); Running Wild; Tango Moderno; Shirley Valentine and Love Me Tender (all UK tours); Unfaithful (Found 111); The House of In Between (Theatre Royal, Stratford East); The Royale; Disgraced and Fear (all Bush); The Night Before Christmas and Little Sure Shot (both Leeds Playhouse); Richard III and The Water Babies (both Curve, Leicester); Far From the Madding Crowd (Watermill, Newbury); The Dumb Waiter (Print Room); Holding The Man (Trafalgar Studios) and The Female of the Species (West End).

Work for Tall Stories Theatre Company includes The Gruffalo; The Gruffalo’s Child; Room on the Broom and The Snail and the Whale.