BOTH PRODUCTIONS WILL REMAIN AS ORIGINALLY SOLD, WITH REDUCED CAPACITY AND SOCIAL DISTANCING, FOR THE DURATION OF THEIR RUNS SHOULD NATIONAL RESTRICTIONS BE LIFTED

PUBLIC BOOKING OPENS FROM THURSDAY 20 MAY AT 1030AM

Hampstead Theatre is delighted to announce further live productions for 2021.  Tennessee Williams’ The Two Character Play will run from 17 July until 28 August.  Sam Yates will direct this innovative, psychological thriller by one of the world’s great dramatists which originally premiered at the theatre in 1967.  Yates is making a highly anticipated return to the theatre following his Olivier-nominated production of The Phlebotomist (2019).  The world premiere of Big Big Sky,by Tom Wells will also run from 30 July until 11 September at Hampstead Downstairs.  This beautifully tender new play which explores nature’s influence on love, friendship and family will be directed by Tessa Walker, Hampstead Theatre’s new Associate Director.  Both productions will remain as originally sold, with reduced capacity and social distancing, for the duration of their runs should national restrictions be lifted. Tickets will go on sale from Thursday 20 May at 1030am at hampsteadtheatre.com.

Roxana Silbert, Artistic Director and Joint Chief Executive of Hampstead Theatre said "Hampstead Theatre has historically embraced playwrights at all stages of their careers.
Tennessee Williams was at the height of his when he chose to offer the world premiere of The Two Character Play, a very personal play, to James Roose Evans to direct.  It speaks volumes of the regard in which he held Hampstead as a leading artistic space for experimental work and I am excited by Sam’s vision for this gem from our Originals series.
Tom Wells’ play is a very different theatrical voice: naturalistic, understated, bursting with humour and humanity.  I’m thrilled he has also trusted us with his Hampstead debut, the world premiere of Big Big Sky, which continues his longstanding collaboration with Hampstead’s newly appointed Associate Director, Tessa Walker."

Sam Yates, director of The Two Character Play said "I am honoured to be returning to Hampstead Theatre to direct Tennessee Williams’ play.  I am excited to present this production to audiences following the show’s cancellation last year.  The Two Character Play is form-busting and unique, celebrating the very process of making theatre.  The Company and I look forward to presenting our interpretation of Tennessee’s daring play this summer."

Tom Wells, playwright of Big Big Sky said "I’m really delighted to be working again with Tessa Walker - our first time together at Hampstead Theatre - with Big Big Sky.  It feels properly special to be making theatre again, and making it with such a brilliant director.

The play is set in Kilnsea, where I grew up and where my Mum and Dad still live. It’s a small village on the very edge of East Yorkshire, windswept and sea-nibbled, but it has its own beauty, I think - a bit peaceful, a bit restorative.  Fingers crossed Big Big Sky can bring a bit of this to audiences in Hampstead.  Also a few jokes about oat slice, and some line dancing.  I think probably we need those at the moment too." 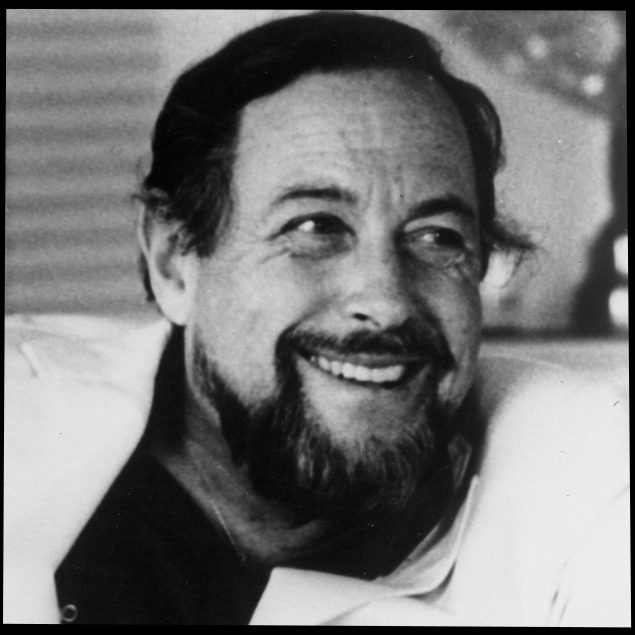 Tennessee Williams, one of the foremost playwrights of the twentieth-century, spent over ten years writing the partly autobiographical The Two Character Play and called it ‘the very heart of my life’.  It first premiered at Hampstead Theatre in 1967 directed by the theatre’s founding Artistic Director James Roose-Evans. 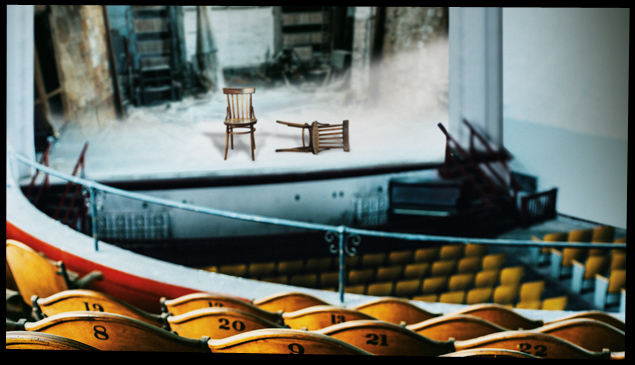 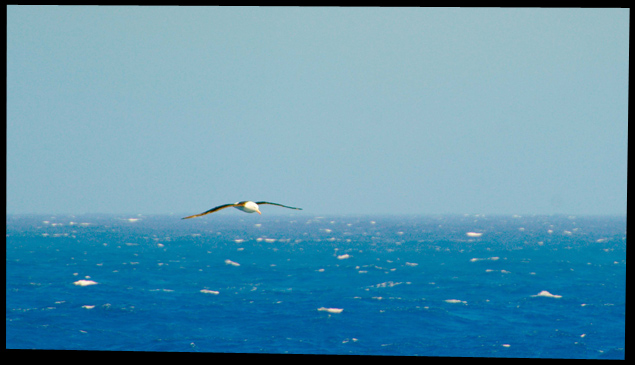 Big Big Sky by Tom Wells is a beautifully tender new play which explores nature’s influence on love, friendship and family – the belief that anyone who’s lost can be found, even in the remotest of places.  Set in his hometown of Kilnsea, in East Yorkshire, Wells’ touching drama draws on the beauty of his local coastal landscape whilst also subtly highlighting the vulnerability of nature and the need for better care.

Tom Wells’ theatre credits include The Kitchen Sink, winner of Most Promising Playwright Critics Circle Award (2011) and George Devine Award (2012), Ghosting (Royal Court), Drip, which premiered as part of Hull UK City of Culture 2017 (Script Club/Boundless) and Cinderella; Dick Whittington And His Cat and Jack and the Beanstalk (all Lyric Hammersmith).  Other theatre credits include Folk (Birmingham Rep/ Hull Truck /Watford Palace) and About a Goth (Paines Plough / Play Pie and a Pint) which were directed by Tessa Walker.  Big Big Sky will be Wells’ debut at Hampstead Theatre.

Tessa Walker is Hampstead Theatre’s newly appointed Associate Director.  Big Big Sky will be Walker’s directorial debut at Hampstead Theatre and her fourth collaboration with Tom Wells.  Recent directing work includes The Snow Queen (Sherman Theatre), Jekyll And Hyde (Birmingham Rep) and The Whip Hand  (Traverse Theatre/Birmingham Rep).  She has also been the Literary Director at Paines Plough and a Literary Associate at the National Theatre of Scotland. 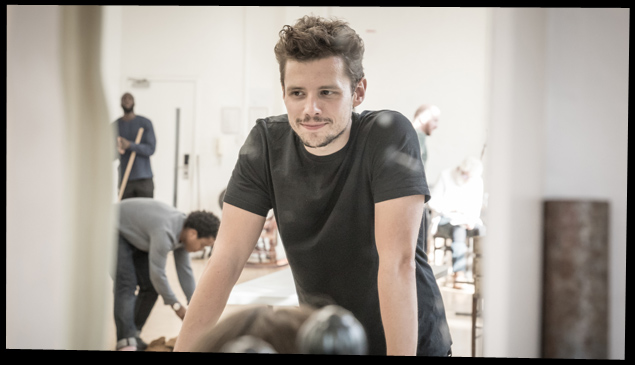 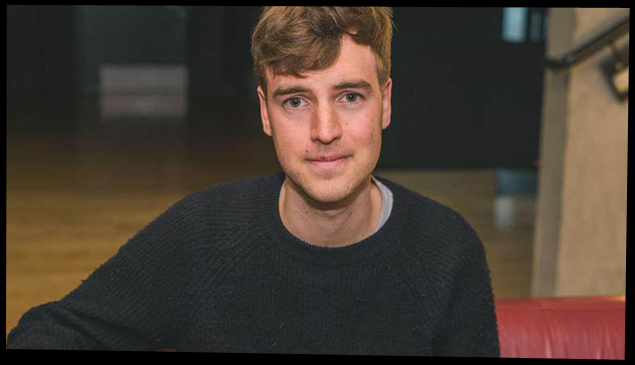 Jennifer Daley will play the role of Angie.  Recent theatre credits include Sing Yer Heart Out for the Lads by Roy Williams (Chichester Festival Theatre) and Edward Albee’s The Goat, or Who Is Sylvia? (Theatre Royal Haymarket).  Daley also plays the role of Amy Franks in BBC Radio 4’s longstanding drama series The Archers.

Jessica Jolleys will play the role of Lauren.  She is a recent graduate of Rose Bruford College (2019).  Theatre work includes Jack and the Beanstalk (Theatre Clwyd).

Sam Newton will play the role of Ed.  Recent theatre credits include playing the main character, and narrator in The Curious Incident of the Dog in the Night-Time (National Theatre Productions, 2017, 2019), Phil Porter’s Sometimes Thinking (Frantic Assembly) and Nigel Slater's memoir, Toast (The Lowry / The Traverse).

Both productions will remain as originally sold, with reduced capacity and social distancing, for the duration of their runs should national restrictions be lifted.  In the event of the productions being postponed due to UK Government advice, full refunds or credit vouchers will be offered.

Hampstead Theatre will reopen from 28 May 2021 with Alfred Fagon’s darkly compelling, The Death of a Black Man (until 10 July) and the world premiere of Raya, by Deborah Bruce from 11 June until 24 July.  Dawn Walton, former Artistic Director of Eclipse Theatre Company, will direct The Death of a Black Man which originally premiered at the theatre in 1975.  Raya will be directed by Hampstead Theatre’s Artistic Director Roxana Silbert.

Priority Booking for Hampstead Friends and Patrons, The Under 30s Downstairs Club and Access Members is now open

Public Booking opens from Thursday 20 May at 1030am

A doctor once told me that we were the bravest people he knew. I said “Why, that’s absurd, my brother and I are terrified of our shadows.” And he said, “Yes, I know, and that’s why I admire your courage so much

Fellow actors, and brother and sister, Felice and Clare have been on tour far too long.  Abandoned by the rest of their troupe, all that’s left is each other, an empty stage and an expectant audience.  They will have to adapt accordingly and perform the only appropriate work in their repertoire: The Two Character Play…

Tennessee Williams, one of the world’s great dramatists, referred to his innovative psychological thriller, as ‘the very heart of my life’.  The Two Character Play returns to Hampstead for the first time since receiving its World Premiere here in 1967.

THE TWO CHARACTER PLAY PRICING FOR PREVIEWS, MONDAYS AND MATINEES:

Bit risky though isn’t it?  Just sort of turning up to an isolated peninsula in the North Sea without any sandwiches…

Kilnsea, East Yorkshire.  Angie and Lauren are closing up the café for another winter; the birds have gone south and taken the tourists with them. The last visitor is Dennis, stopping by for his pasty and beans. But there’s another arrival – one that’s unforeseen and life changing for them all.

Tom Wells’ beautifully tender new play explores nature’s influence on love, friendship and family – the belief that anyone who’s lost can be found, even in the remotest of places.

Originally from Kilnsea, Tom’s credits include Folk (Birmingham Rep), The Kitchen Sink (Hull Truck) and About a Goth (Paines Plough / Play Pie and a Pint) - all of which were directed by Tessa Walker.  Big Big Sky will be their fourth collaboration.

Hampstead Theatre has received a grant from The Theatres Trust to support the costs of re-opening the building in a COVID-secure way.

For full information re measures and FAQs please visit here.

Through this, the theatre aims to raise an additional £30,000 in donations to directly support its work on and off stage, including its programmes for emerging artists, such as INSPIRE and IGNITE, as well as new outreach projects with local community groups.

Further information on The 2021 Appeal can be found here.

Call for Government-backed Theatre Insurance
Whilst Hampstead Theatre is delighted to be able to reopen its doors and welcome audiences for The Two Character Play and Big Big Sky with social distancing, it recognises that many across the industry, in particular large-scale tours, will struggle to return to full operating without a Government-backed theatre insurance scheme.  It supports this industry request.

Tennessee Williams was born in 1911 in Columbus, Mississippi, where his grandfather was the Episcopal clergyman.  When his father, a travelling salesman, moved with his family to St Louis some years later, both he and his sister found it impossible to settle down to city life.  He entered college during the Depression and left after a couple of years to take a clerical job in a shoe company.  He stayed there for two years, spending the evenings writing.  He entered the University of Iowa in 1938 and completed his course, at the same time holding a large number of part-time jobs of great diversity.  He received a Rockefeller fellowship in 1940 for his play Battle of Angels, and he won the Pulitzer Prize in 1948 for A Streetcar Named Desire and in 1955 for Cat on a Hot Tin Roof.  Other plays include Summer and Smoke; The Rose Tattoo; Camino Real; Baby Doll; The Glass Menagerie; Orpheus Descending; Suddenly Last Summer; The Night of the Iguana; Sweet Bird of Youth and The Two-Character Play.

Television work includes Agatha and the Curse of Ishtar.

Rosanna trained as a designer at Bristol Old Vic Theatre School.  In 2014, she became one of the Jerwood Young Designers and was resident assistant designer at the RSC from 2014-2015.

Dan is a London based Sound Designer and Dramaturg who trained at the Central School of Speech and Drama.

Akhila is an award-winning projection designer and creative director for moving image and VR.  She trained at the Royal College of Art and the National Institute of Design in India.

From 2012 to 2018 she worked for 59 Productions where her work included An American in Paris (Tony and Olivier Award winner); The Metropolitan Opera’s 50th Anniversary Gala and Grenfell: Our Home (Channel 4 - Best VR Documentary Award winner at the Raindance Festival 2018).

Malik is an artist working with choreography.  They create performances that are formally experimental and engaged with the construction of atmosphere, affect, and dramaturgy.

Assistant directing work includes The Dumb Waiter, The Tyler Sisters and Unknown Rivers (Hampstead Theatre); A New and Better You (The Yard) and Femage a Trois (Loquitur Theatre).

Tessa is an Associate Director at Hampstead Theatre.

Jai trained at RADA and won the 2016 Association of Lighting Designer’s ETC Award.

Laura graduated from LAMDA in 2020.

Work as sound designer includes Outside (The Space); Block'd Off - R&D (Zoom); Ghost/Light; Our Town and Earthquakes in London (all LAMDA).

Theatre work during training includes Life, Apparently; City of Angels; The Diary of a Scoundrel; Act Up; Hero In Much Ado About Nothing; Dates and Measures; Love and Information; A Midsummer Night's Dream and Three Days in the Country.

Theatre work includes Sometimes Thinking (Frantic Assembly); The Curious incident of the Dog in the Night-time (Piccadilly/World and UK tour); Nigel Slater’s Toast (The Lowry/Traverse) and Slot Together (MAC Birmingham).

Television work includes Casualty; Doctors and This is England 90.

Film work includes The Duke; A Royal Night Out; Peter – Portrait of a Serial Killer and Goal! 2 – Living the Dream.