The next Waitress London Cast Album Karaoke Night will take place on 18 December in partnership with TodayTix, the premier digital gateway to shows, arts and cultural experiences, and will be hosted by cast members Hannah Tointon (The Inbetweeners, Mr Selfridge, Hollyoaks) and Joel Montague (Falsettos, School of Rock and Funny Girl).

Audience members who want the opportunity to sing live on the West End stage just need to sign up before that evening’s show to be in with a chance to sing one minute of any song from the musical at the Adelphi, accompanied by the show’s musical director Katharine Woolley. Tickets for this performance can be purchased at the venue, online and are also available on TodayTix, via their website and app.

Waitress features an original score by 7-time Grammy® nominee Sara Bareilles (Love Song, Brave), who has been announced to join the West End cast as Jenna opposite Gavin Creel (The Book of Mormon, Hello Dolly!) as Dr Pomatter for a strictly limited six-week season from 27 January to 7 March 2020. 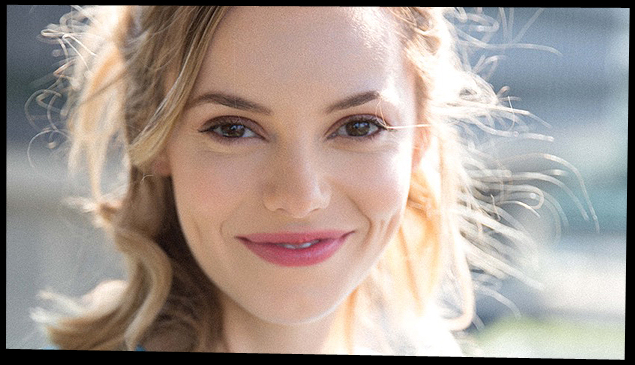 London’s brand-new smash hit musical comedy Waitress tells the story of Jenna, a waitress and expert pie-maker who dreams her way out of a loveless marriage. When a hot new doctor arrives in town, life gets complicated. With the support of her workmates Becky and Dawn, Jenna overcomes the challenges she faces and finds that laughter, love and friendship can provide the perfect recipe for happiness.

Waitress celebrated its official opening night at the Adelphi Theatre on 7 March 2019 and the Tony-nominated musical is now running in the West End through to 4 July 2020 before embarking on a major nationwide UK tour with further dates and details to be announced in due course.

Brought to life by a ground breaking, female-led creative team, Waitress features an original score by Sara Bareilles, a book by acclaimed screenwriter Jessie Nelson (I Am Sam) and direction by Tony Award® winner Diane Paulus (Pippin, Finding Neverland) and choreography by Lorin Latarro. The production recently toured across the US and Canada and has announced an Australian premiere in 2020 at the Sydney Lyric Theatre with further productions to open in Holland next year and Japan in 2021.

Day seats are available to purchase in person from the theatre box office from 10am for £25. Mon-Fri performances. Subject to availability and at the box office’s discretion.

TodayTix
TodayTix is the premier digital gateway to shows, arts and cultural experiences. Through its mobile-first, design-focused ticketing platform, TodayTix is the place for audiences to discover, explore and engage with the best entertainment their city has to offer.

TodayTix works with more than 1,300 partners to provide the best-priced tickets available in 16 markets around the world, including New York City, London, Toronto, the San Francisco Bay Area, Los Angeles, Seattle, Washington DC, Chicago, and Australia. Through innovative digital Lottery and mobile Rush ticketing programs, TodayTix has generated nearly 12M digital lottery entries and 2.5M social shares through 900 activations to date, engaging the spontaneous nature of a younger audience and introducing a new generation of audiences to the venues. Since launching TodayTix in New York City in December 2013 by life-long friends and Broadway producers Merritt Baer and Brian Fenty, the company has engaged nearly 6 million users to connect beyond ticketing into new cultural experiences that bring human interaction back to our digital world.

To learn more, visit TodayTix Online and download TodayTix for iOS or Android.

BIOGRAPHIES
Sara Bareilles (Music and Lyrics)
Sara first achieved mainstream critical praise in 2007 with her widely successful hit Love Song, which reached No. 1 in 22 countries around the world from her debut album Little Voice. Since then, Sara has gone on to receive seven Grammy® nominations, two Tony nominations and three Emmy nominations.  Her book, Sounds Like Me: My Life (So Far) in Song, was released in the fall of 2015 by Simon & Schuster and is a New York Times bestseller. Making her Broadway debut, Sara composed the music and lyrics for Waitress, and made her Broadway acting debut in 2017 by stepping into the shows lead role.  Recently, Sara teamed up with Apple as an executive producer for Little Voice a 10-episode series, which she will create the original music for. On April 5, 2019 Sara released her fifth full-length and first album of original material since 2013, entitled Amidst The Chaos, to rave reviews.  For this latest body of work, she joined forces in the studio with legendary Academy® Award-winning producer T Bone Burnett.  As a result, the album spotlights her voice as a singer and storyteller like never before, while making an enduring statement. She is currently on her Amidst The Chaos North American tour.

Jessie Nelson (Book)
Jessie wrote, directed, and produced Corrina, Corrina with Whoopi Goldberg and I Am Sam with Sean Penn, who received an Academy Award nomination for his performance. Recently she directed an episode of Larry David’s latest series of Curb Your Enthusiasm and 2015’s Love the Coopers which starred Diane Keaton and John Goodman. Jessie is currently co-writing the sequel to Disney’s hugely popular musical fantasy Enchanted, humorously named Disenchanted. She co-wrote Step Mom and The Story of Us, and produced Danny Collins with Al Pacino and Annette Bening and Fred Claus with Vince Vaughn. Jessie co-wrote Alice By Heart with Steven Sater and Duncan Sheik, which was developed at The National Theatre. She began her career in the theater working with Mabou Mines and The New York Shakespeare Festival. Jessie co-wrote the children’s book Labracadabra. She has been the Artistic Director of the Sundance Institute’s Writers Lab.

Diane Paulus (Director)
Diane is The Terrie and Bradley Bloom Artistic Director of the A.R.T. at Harvard University, and was selected for the 2014 TIME 100, TIME Magazine’s annual list of the 100 most influential people in the world. Diane is the 2013 recipient of the Tony Award for Best Director of a Musical (Pippin). A.R.T.: Crossing, Finding Neverland (currently on Broadway at the Lunt-Fontanne Theatre), Witness Uganda, Pippin, The Gershwins’ Porgy and Bess, Prometheus Bound, Tod Machover’s Death and the Powers: The Robots’ Opera, Best of Both Worlds, Johnny Baseball, The Donkey Show. Her other recent work includes Cirque du Soleil’s Amaluna, currently on tour in Europe; The Public Theater’s Tony Award-winning revival of HAIR on Broadway and London’s West End. As an opera director, her credits include The Magic Flute, the complete Monteverdi cycle, and Don Giovanni, among others. Diane is Professor of the Practice of Theater in Harvard University’s English Department. She was selected as one of Variety’s “Trailblazing Women in Entertainment for 2014” and Boston Magazine’s “50 Thought Leaders of 2014.”

Lorin Latarro (Choreographer)
Lorin recently choreographed Broadway's Les Liaisons Dangereuses with Janet McTeer and Liev Schreiber, and Waiting for Godot with Ian McKellen and Patrick Stewart, and she is the Associate Choreographer of The Curious Incident of the Dog in the Night-Time and American Idiot. Her additional choreography includes Chess (The Kennedy Center); Lin-Manuel Miranda's 21 Chump Street for "This American Life" (Brooklyn Academy Of Music); The Public Theater's Twelfth Night and The Odyssey (Delacorte Theater); Queen of the Night (Diamond Horseshoe); Assassins; God Bless You, Mr. Rosewater; and Fanny (City Center Encores!); Between the Lines (Kansas City Repertory Theatre); Beaches (Drury Lane Theatre) and A Christmas Carol (McCarter Theatre Center). Lorin is a Bucks County Playhouse Artistic Associate and a Juilliard School graduate. Her upcoming work includes Heart of Rock and Roll at Old Globe and La Traviata at The Metropolitan Opera.