• 73 percent believe that there are not enough strong roles for women in films or TV shows.

• 40 percent of Brits think it is vital for young girls to see strong female role models on screen.

The research, commissioned to celebrate the Blu-ray ™ and DVD release of Halloween on Monday, which sees Jamie Lee Curtis reprise her role as the indomitable Laurie Strode, revealed how important female heroes are to Brits.

84 percent of those surveyed said they felt inspired when they saw a strong female character in a film or on TV. However, nearly three quarters of those surveyed (73 percent), believe that there are not enough strong roles for women in films or TV shows. 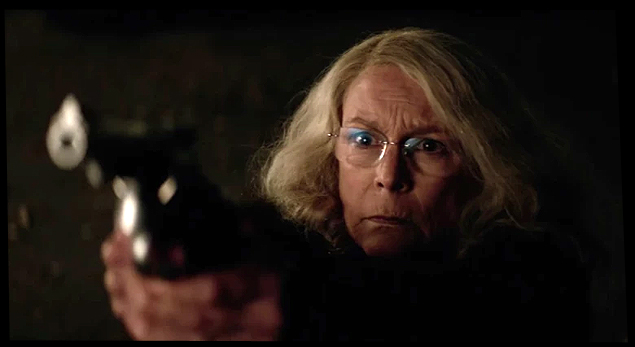 Intelligence (46 percent), self-confidence (45 percent) and courage (42 percent) were seen as the most important traits for a female hero to have, followed by independence (41 percent), bravery (39 percent), strength (39 percent) and a good sense of humour (39 percent). Interestingly, fighting prowess was only chosen by 17 percent of the 1,000 respondents.

The research also revealed that 40 percent of Brits think it is vital for young girls to see strong female role models on screen.

Nearly a quarter said they are bored of shows and films where women are constantly being rescued by men.

Men and women were relatively united in their choices of screen heroes; however there were some differences in the top picks. Men’s top picks were Lara Croft from Lara Croft: Tomb Raider (21 percent) followed by Ripley from Alien (20 percent) and Wonder Woman (19 percent). Only 15 percent chose Hermione Granger from the Harry Potter films. Women chose Hermione Granger (24 percent), Lara Croft (19 percent) and Katniss Everdeen from The Hunger Games films (17 percent) as their top three.