Held Over Again! After A Great Third Weekend Melissa Haizlip's MR. SOUL! Is Now Available In Over 80+ Virtual Cinemas | The Fan Carpet

Held Over Again! After A Great Third Weekend Melissa Haizlip’s MR. SOUL! Is Now Available In Over 80+ Virtual Cinemas

“A rich and illuminating piece of cultural history” - The Hollywood Reporter

"...Enthralling and entertaining..." - The New Yorker

BEFORE OPRAH, BEFORE ARSENIO... THERE WAS MR. SOUL!

DIRECTED BY MELISSA HAIZLIP, HER AWARD WINNING FEATURE DOCUMENTARY MR. SOUL! EXTENDS AND EXPANDS THIS WEEK TO OVER 80+ VIRTUAL CINEMAS ACROSS THE NATION
CELEBRATING THE 52ND ANNIVERSARY OF THE FIRST BROADCAST OF "SOUL!"

SHOES IN THE BED PRODUCTIONS
PRESENTS

The award winning film - Mr. SOUL! - directed by Melissa Haizlip continues to wow audiences across the nation in virtual cinemas this week and is held over once again with over 80+ virtual cinemas across the country including Hawaii and Alaska!! This monumental film is a tribute and an important look back at America's first "Black Tonight Show" that aired directly from New York on public broadcasting from 1968-1973 at the height of the Black Power Movement and the Civil Rights Movement.

Aptly titled SOUL!, this groundbreaking show was produced and hosted by Ellis Haizlip aka Mr. SOUL!  He was hip, smart, innovative, political and gay. In his personal fight for social equality, he ensured the revolution would be televised. And that Revolution was his TV show SOUL! - an incredibly unique weekly television show that aired on public television from 1968 - 1973 celebrating Black American culture, art, life, love and community, which he shared with households across the nation in their living rooms every week.

The film's distributors Shoes In The Bed Productions and Open Your Eyes & Think MF are proud to announce the continuing virtual cinema release in over 80+ cinemas through next week!  This Saturday, September 12 will mark the 52nd anniversary of the very first broadcast of SOUL! on September 12, 1968.  From that day forward, Ellis Haizlip and his amazing crew of producers, directors, crew and guest artists made history every week.

Mr. SOUL! is directed, written and produced by Melissa Haizlip, featuring music composed and performed by Grammy® winning musician/composer Robert Glasper, with the voice of Ellis Haizlip by Grammy® / Emmy® winner Blair Underwood - one of the film’s Executive Producers. The virtual cinema release run is presented together by Shoes In The Bed Productions and Open Your Eyes & Think MF.

As of this date, Mr. SOUL! will open in virtual cinemas in the following 80+ partnering theaters and cities: 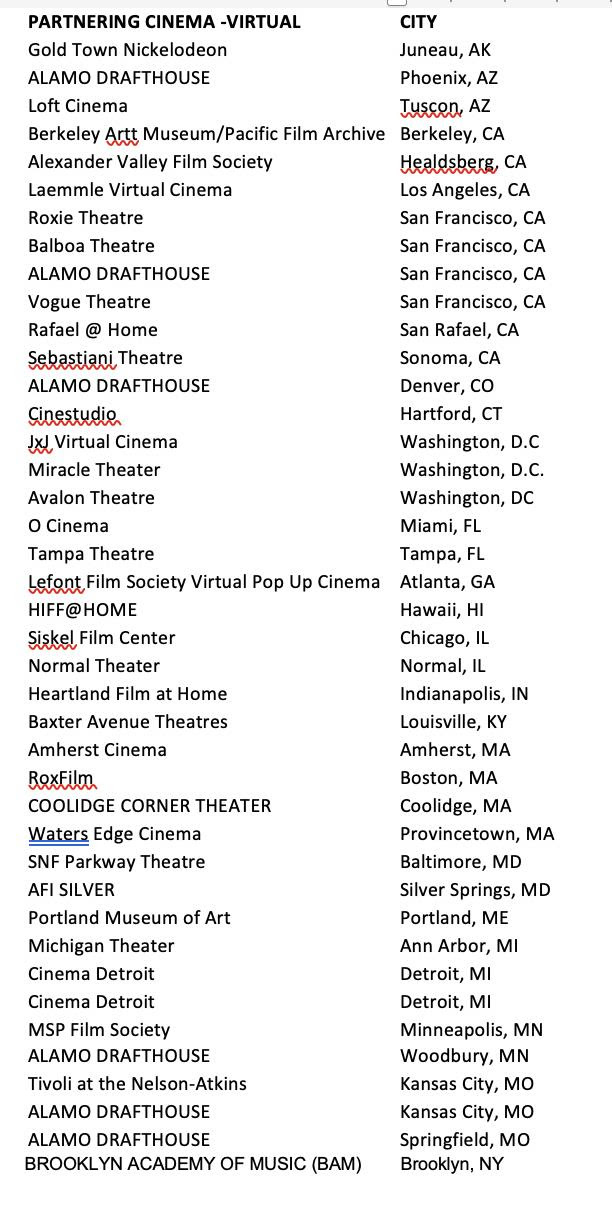