The Season Continues in Partnership with UK Cinemas

Chinese Cinema Season announces its partnership with cinemas across the country to showcase highlights from the programme. The partner cinemas so far confirmed include Home in Manchester, Rio and Genesis in London, Cardiff’s Chapter, Reading Film Theatre, Sheffield’s Workstation and Kinokulture in Oswestry. These venues will curate their own bespoke selection of films from the Season and offer access to the season’s viewing platform to their respective audiences. In this way, venues will share the revenue with the Chinese Cinema Season organisers: Trinity Cineasia, Filming East Festival and UK-China Film Collab.

The Season is also rolling out its next batch of programming including another UK premiere, The Reunions, the new film by Dong Chenpeng which is one of the first “post-pandemic” productions and Chengpeng’s first foray into arthouse film from the successful commercial filmmaker. Available now is Blind Massage, a Berlinale Silver Bear winning film by sixth generation director Lou Ye. Coming soon is The Eight Hundred, the 2020 historical war film directed by and co-written by Guan Hu which Trinity Cineasia released last year. The Eight Hundred became the highest-grossing film at last year’s global box office, even beating Christopher Nolan’s Tenet.

New filmmaker Q&As have also been added to the site including Ilo Ilo director Anthony Chen.

Further cinemas to be confirmed

Comedy film director Dong Chengpeng went back to his rural hometown, Tonghua, Jilin Province, on a whim, hoping to make an art-house film about how his family celebrated the Chinese New Year. However, during the shooting of the film, the original main subject of the film – his grandmother, passed away due to illness, and Dong Chengpeng had to change the original shooting plan. Members of this big family in north east China who had come together because of the film, also ushered in the outbreak of a conflict on the night of New Year's Eve after the loss of the old lady. In the end, they completed their last reunion party.

Dong’s lens focuses on himself and his family in north east China, which gives the film a strong sense of privacy and experimentation. He tries to recreate or present a typical Chinese family, and the scenes from ‘quarrelling’ to ‘taking a group photo’ implies his understanding of kinship. In addition, the film also has a unique idea of narrative form. The development of real events and the recording of objective images are simultaneously launched, which can be regarded as a mockumentary and another documentary about mockumentary. It breaks the boundary between reality and fiction, and makes the audience feel more deeply about the thinking and analysis of family ethics and family bonds behind the story while immerse in the story. It can be described as a cinematic adventure of director Dong Chengpeng.

Available Now until May 12

Shanghai, 1937; it has been three months since Japan launched the invasion of China, and Japanese forces have been ordered to take control of a large central warehouse. Inside, a group of Chinese soldiers hold their ground, defending the city at any cost. 400 soldiers remain, yet they allow invaders to believe there are 800, confusing the enemy in an exhausting, bloody fight lasting four days and four nights.

With the conflict playing out in full view of Chinese civilians and both Americans and Europeans living across the river, the battle of the “Eight Hundred heroes” made world headlines; the first to be broadcast live around the world.

From acclaimed director Guan Hu, The Eight Hundred scored big at the global box office to become the highest-grossing film of 2020, standing tall as an action-packed war epic and a timeless tribute to bravery and sacrifice.

"This tactful drama about sight-impaired masseurs and masseuses is one of Lou Ye's more absorbing films in recent memory."  VARIETY

An accident as a boy caused Ma lose his eyesight. Faced with no hope after a suicide attempt, Ma finds himself in a massage centre run by Sha Fuming, where most of the staff are blind like him. No matter whether they were born with the condition or acquired it, living in darkness creates a deep and lasting friendship among the staff. There, Ma meets a young prostitute named Xiao Man  As time goes by, Ma begins to develop feelings for Xiao Man. The peculiar feminine smell of Xiao suddenly awakens Ma’s desire for love, and sets in motion an unexpected turn of events...

Director Anthony Chen participated in a post screening Q&A, available on the site, to support his award-winning debut feature Ilo Ilo (2013), alongside another UK-based talented Chinese filmmaker Wang Haolu and film festival programmer and consultant Gu Pengyuan (xiaogu). All three are NFTS (National Film and Television School) graduates and are great inspirations especially for those young East Asian filmmakers and artists who hope to establish a career in the UK.

About Anthony Chen
Born in Singapore, Anthony Chen graduated from National Film and Television School in England. In 2007, his second short Ah Ma was nominated for the Palme d’Or for Short Film at the 60th Cannes Festival. In 2013, his debut feature Ilo Ilo premiered in Directors’ Fortnight at the 2013 Cannes Film Festival and was unanimously awarded the Camera d’Or, making history again as the first Singapore feature to receive an award at Cannes. The film went on to gain widespread acclaim and recognition, winning forty awards internationally, including four Golden Horse Awards. In 2019, Chen directed his second feature Wet Season, which premiered at the Toronto International Film Festival.

About Wang Haolu
Wang Haolu is a Chinese-born writer-director based in London. Her NFTS graduate film The Pregnant Ground is a psychological fantasy about a woman going through trauma and loss, starring Lu Huang (Little Fires Everywhere). The film premiered at Palm Springs Shortfest. She is a BAFTA a China Scholarship recipient, mentored by Alex Garland, an alumna of Berlinale Talents 2020, and a member of BAFTA Crew x BFI Network 2021. Haolou is a few developing feature film projects, including a UK-set sci-fi love story. 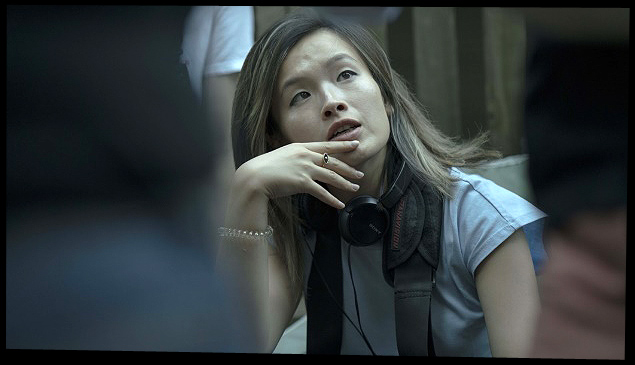