Hollywood Actor Mark Strong of 1917, THE IMITATION GAME and the KINGSMAN Franchise Appears on KRAKENORY | The Fan Carpet

Hollywood Actor Mark Strong of 1917, THE IMITATION GAME and the KINGSMAN Franchise Appears on KRAKENORY

Star of 1917, The Imitation Game and the Kingsman franchise locks tentacles with The Kraken® Black Spiced Rum, in the second instalment of Krakenory

Below the thunders of the upper deep... Mark Strong reads a series of prose leading with The Kraken by Alfred Lord Tennyson

As the UK enters its second week of lockdown, the mighty Beast has awakened to continue its campaign of benevolence to help Brits steer clear of cabin fever by entangling Hollywood actor, Mark Strong to feature in the next episode of Krakenory.

Inspired by CBBC’s Jackanory, the weekly series presented by The Kraken Black Spiced Rum sees a legion of shadowy storytellers snatched from the world of entertainment to retell some of literature’s greatest nautical tales.

The very first episode saw The Kraken enlist the help of Carl Barat, with The Libertines’ frontman donning a smoking jacket and reading from the Jules Verne classic 20,000 Leagues Under the Sea. 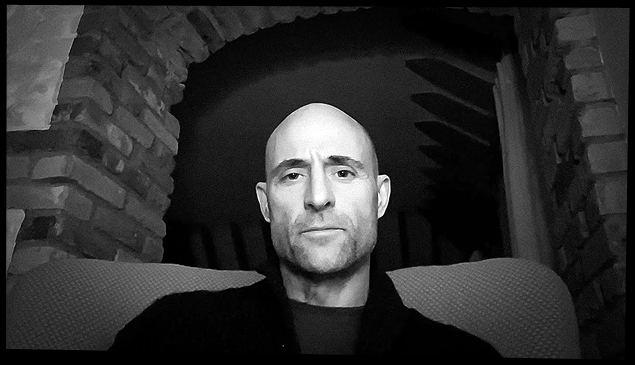 This week the Beast is set to lead viewers on a voyage of literary grandeur, transcending the four walls in which Brits find themselves confined, with three readings from Mark Strong: The Kraken by Alfred Lord Tennyson, Dover Beach by Matthew Arnold and Part II of The Rime of the Ancient Mariner by Samuel Coleridge.

The 1917 star, Mark Strong said “I’ve played some villains in my time, but when it comes to bad guys, nothing compares to the mighty Kraken, as viewers of Krakenory will soon find out. So come join us on a voyage to the unknown. Once you’re lost in the pages, you never know where you’ll end up.”

For those brave enough to tune in to these tales of the deep, new episodes of Krakenory will be released every Friday at 12pm, with viewers able to watch on the Beast’s Instagram and Facebook pages

But that’s not all… as followers of The Kraken will know, a tale of the ocean isn’t complete without something to wash it down with, which is why the Beast is lending a tentacle or two to struggling bartenders who are trying to steady the ship in stormy waters, by commissioning a team to concoct special cocktails. These will accompany each Neptunian narrative, encompassing the very essence of the book and capturing the spirit of the sea.

So for a truly memorable experience, ingredients for each cocktail will be released ahead of each episode, giving fearless followers enough time to stock up on supplies ahead of each reading. True believers in The Kraken are invited to nominate their favourite maritime classics to the Beast, which in all its benevolence will select a few to feature in Krakenory, and be rewarded with a free bottle of Kraken Rum.

And if theatrical readings of some of literature’s maritime classics by one of the UK’s best actors floats your boat, quite literally, then keep your eyes peeled on Kraken’s social channels for the next big star to feature on Krakenory.