FOR THE FIRST TIME IN A LIVE IMMERSIVE THEATRE SHOW MULTIPLE DOCTORS WILL COME TOGETHER IN ONE STORYLINE WITH PRE-RECORDED CAMEOS, VOICE-OVERS, AND SECRET ENCOUNTERS, AS THIS AMBITIOUS IMMERSIVE WEST END PRODUCTION PREPARES TO OPEN 26th MAY.

In a fitting tribute to his father, Michael Troughton provides voice over for Patrick Troughton’s second Doctor and the 21st century voice of the Daleks and Cybermen is delivered by the brilliant Nicholas Briggs.

Additional voice talent provided by the team at Big Finish, includes Jonathan Carley and Tim Treloar taking on more fan favourites from all eras of Doctor Who. 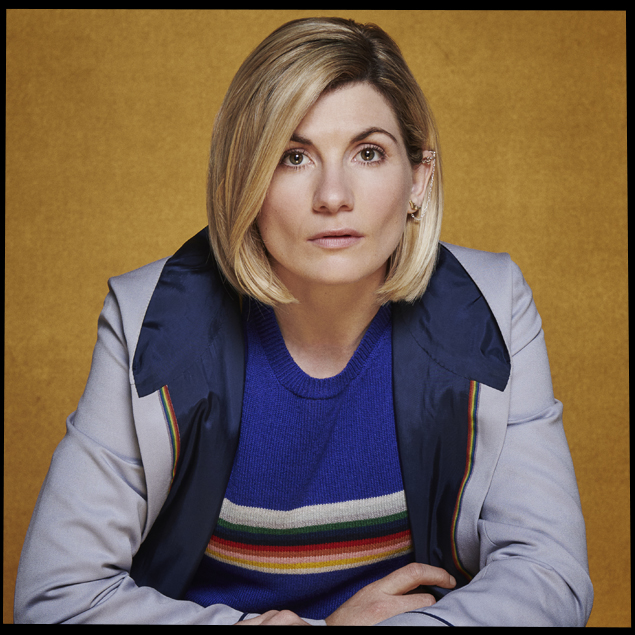 Significantly, this will be the first time fans can experience a multi Doctor story in an Immersive environment. Doctor Who Time Fracture puts fans at the heart of the story, plunged into a journey across space and time. Featuring amazingly realistic worlds – audiences will discover  that it’s time to step up, be the hero and save the universe!

From the team behind The Great Gatsby, the UK’s longest running immersive show, Doctor Who Time Fracture will preview from 26 May with tickets still available to buy now.

Presented under licence by Immersive Everywhere

Doctor Who lore consultancy and Script Editing by James Goss

About Doctor Who
Doctor Who is one of the longest running action adventure television series in the world spanning 55 years and winning over 100 awards. This quintessentially British show has a huge global following, with 9.6m fans across social platforms/channels and 100m video views on YouTube in the last year alone. It has been honoured by Guinness World Records as the longest running science-fiction series in the world. Doctor Who has a proven track-record in consumer products and live entertainment with over four and a half million Sonic Screwdrivers sold in the past eleven years, over 13 million action figures sold since 2005, over 19 million DVDs sold globally and over one million tickets sold for live events.

Doctor Who logo and insignia © 2018 and TM BBC. Licensed by BBC Studios.

About BBC Studios
BBC Studios, a global content company with British creativity at its heart, is a commercial subsidiary of the BBC Group.  Able to take an idea seamlessly from thought to screen, it spans content financing, development, production, sales, branded services, and ancillaries from both its own productions and programmes and formats made by high-quality UK independents. Award-winning British programmes made by the business are internationally recognised across a broad range of genres and specialisms, including factual, drama, entertainment and comedy. BBC Studios has offices in 22 markets globally, including six production bases in the UK and production bases and partnerships in a further nine countries around the world. The company, which makes around 2,500 hours of content a year, is a champion for British creativity around the world and a committed partner for the UK’s independent sector. Created in April 2018 by the merger of two existing commercial subsidiaries, BBC Worldwide and BBC Studios, the company has revenue of around £1.4bn.  In the year to March 2019, it returned £243m to the BBC Group, complementing the BBC’s licence fee and enhancing programmes for UK audiences.

About Immersive Everywhere
Immersive Everywhere is a partnership between Olivier Award-winning theatre producers Louis Hartshorn and Brian Hook and Showtime Theatre Productions, run by Mark Hurry, Elliot Hargreaves and Mark Hargreaves. Their inaugural production of Doctor Who: Time Fracture is one of the biggest Immersive Theatre shows in UK history and is a statement of intent from the company that immersive theatre is not only changing the landscape of theatre in London, but that this change is here to stay.

Between the two companies they have produced over 140 productions across 5 continents, including the Olivier and multi-LADCC Award-winning Rotterdam (Arts, 59E59 in New York and Skylight in Los Angeles); DreamWorks’ Madagascar - the Musical (UK tour); Urinetown (Apollo); American Idiot (Arts and UK tour); and, Woody Sez (Arts). In 2019, Dolly Parton's 9 to 5 made its debut in London's West End, and their new actor-musician production of Amélie also toured the UK prior to its West End run in the Criterion opening May 2021.

Gavin Kalin is a seasoned theatre investor with over 250 commercial theatre investments in the past five years alone. With this experience and knowledge Gavin Kalin Productions offers investors the opportunity to be involved in the best theatrical productions for investment around the World.