The Royal Conservatoire of Scotland led the way with its students taking home five of the awards, with the University of Glasgow making its first ever entry and winning in the Short Form category, and the University of Stirling scooping all three nominations and the win for the Factual award.

The RTS Student Awards celebrates the best audiovisual work created by students at undergraduate and postgraduate level in ten categories across Animation, Comedy & Entertainment, Drama, Short Form, Factual, Production Design, Editing, Sound, Camera, and new this year - Writing. The Royal Conservatoire of Scotland led the way with its students taking home five of the awards, with the University of Glasgow making its first ever entry and winning in the Short Form category, and the University of Stirling scooping all three nominations and the win for the Factual award. 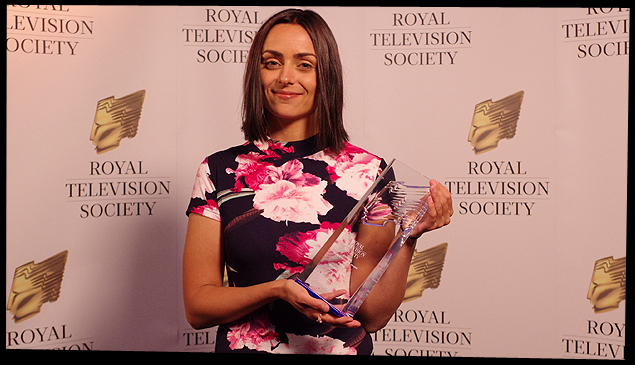 James Wilson, Chair of RTS Scotland Student Television Awards said “The judges were greatly impressed by the high standard and ambition of this year’s submissions. These awards play an important role in supporting the talent of tomorrow’s television industry and STV’s involvement giving us the opportunity to view the entries online ensures the work reaches a wider audience.”

Simon Pitts, Chief Executive Officer, STV “It’s a hugely exciting time for Scotland’s creative industries. By supporting new talent we can ensure Scotland remains at the forefront of creativity. STV is delighted to be offering a platform to the nominees by showcasing their programmes on the STV Player, with highlights of tonight’s event also available. Beyond tonight, my colleagues at STV will offer mentoring for the winners to support their entry into this vibrant industry.”

All commended, nominated and winning films will be available along with the highlights on STV player.

About STV
STV is Scotland’s home of news and entertainment, serving audiences with quality content on air, online and on demand.

STV’s broadcast channel, accessible free-to-air on all the main TV platforms in Scotland, reaches 3.5 million viewers each month and is home to some of the biggest and most popular show on television.

The STV Player, STV’s online VoD service, allows consumers in STV’s broadcast licence areas to enjoy their favourite STV shows live or on demand. With almost 3m registered users, the STV Player is one of the fastest growing on-demand platforms in the UK.

The recently launched ad-free subscription version, STV Player+, offers an opportunity to watch STV programming without the adverts, download shows for offline viewing and watch abroad for the first time.

STV Productions is one of the UK’s leading content businesses with ambitious plans for domestic and international growth.

The company has an impressive track-record of success across genres including drama, entertainment and factual, with commissions from a wide range of broadcasters.

Highlights include iconic game show Catchphrase for ITV, ratings winner Antiques Road Trip for BBC One, peak-time entertainment show Sex Tape, soon to be aired on Channel 4, and documentaries Ross Kemp Behind Bars–Inside Barlinnie for ITV and Scotland and the Battle for Britain for BBC Two. In drama, four-part thriller The Victim is due for transmission on BBC One, and STV Productions has also confirmed a second BBC commission - 90 minute drama Elizabeth is Missing.