STARZPLAY, the international premium streaming service from STARZ, announced today that Emmy® Award-winner Rosie O’Donnell will guest star in the new STARZ comedy “Run the World.” The first-look photo released today shows O’Donnell as “Dr. Nancy Josephson,” the brash, foul-mouthed therapist that all four best friends discover they are all seeing. Dr. Nancy Josephson is not your typical “I just make observations” therapist, she’s a tough loving counselor that challenges the women to take ownership of their actions and acquire new tools for problem solving.

“Run the World” will premiere worldwide on Sunday, 16 May, 2021 on STARZPLAY across its complete footprint in Europe, Latin America and Japan, and across all STARZ platforms in the U.S. and Canada.

Films credits include: A League of Their Own, Sleepless in Seattle, Another Stakeout, The Flintstones, Exit To Eden, Now and Then, Beautiful Girls, Harriet the Spy, Wide Awake.

Broadway Credits Include: “Grease,” “Seussical,” "Fiddler on the Roof,” "Love, Loss and What I Wore.”

As a tireless crusader for children, she established "Rosie's Theater Kids" which provides free in-school, after-school and summer instruction in theater and life skills to the public school children of New York City. “Rosie’s Theater Kids” received the National Arts and Humanities Youth Program Award at the White House, given by First Lady Michelle Obama. 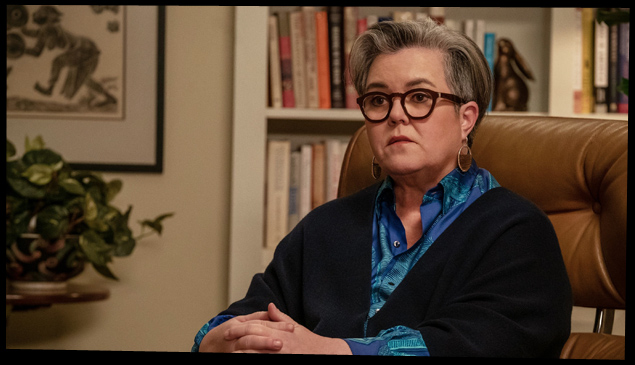 About “Run the World”
“Run the World” follows a group of smart, funny, and vibrant 30-something Black women – fiercely loyal best friends – who live, work and play in Harlem. As they strive for world domination, they each navigate career highs and lows, hookups and heartbreaks that causes them to re-evaluate who they are and where they are going. At its core, it’s an authentic and unapologetic show about enviable friendship and not only surviving – but thriving together. The series stars Amber Stevens West (“The Carmichael Show”) as “Whitney,” a perfectionist who almost always plays by the rules; Andrea Bordeaux (“NCIS: Los Angeles”) as “Ella,” an audacious romantic, who is figuring out what she truly wants both personally and professionally; Bresha Webb (“Marlon”) as “Renee,” the vivacious, soon-to-be-divorced diva with a seemingly thriving career; and Corbin Reid (“Valor”) as “Sondi,” an erudite professional who begins to re-evaluate both her career and personal priorities.

STARZPLAY subscribers have access to an exclusive line-up of premium programming including STARZ Original limited series “The Spanish Princess” and the explosive second chapter in the “Power” Universe, “Power Book II: Ghost” starring Mary J. Blige the same day they launch in the US; star-studded limited series like “The Stand” based on the best-selling novel by Stephen King and the upcoming “Dr. Death”; Emmy®-nominated series such as the thought-provoking millennial comedy “Ramy” from Muslim-American comedian Ramy Youssef, the genre-bending period dramedy “The Great” starring Elle Fanning and Nicholas Hoult, and the award-winning series “The Act” starring Academy Award® Winner Patricia Arquette and Joey King; plus a blockbuster movie library featuring thousands of titles.

How to access STARZPLAY IN THE UK:
Find STARZPLAY on Facebook, Twitter and Instagram.
ABOUT STARZPLAY
STARZ continues to grow its global footprint with its ongoing expansion of the STARZPLAY international premium streaming platform. STARZPLAY’s rapid expansion into more than 55 countries since its launch in May of 2018 is driven by its ability to provide subscribers access to the “best in global SVOD.” The content offering is comprised of the entire catalog of STARZ premium content, with upcoming STARZ Originals airing exclusively on STARZPLAY day-and-date with the US, exclusive award-winning and critically acclaimed first-run series and a vast library of blockbuster feature films. STARZPLAY is available through its direct-to-consumer app in 13 countries; on global digital broadcast services, multi-channel video distributors, telecommunications companies; and other online and digital platforms across its footprint spanning across Canada, Europe, India, Indonesia, Japan and Latin America.