From A Poorly Regarded History To The Challenges Of Video Game Adaption: Is It Time For A New Level Of Video Game Movies? | The Fan Carpet

To say video game movies are maligned would be an understatement. For good reason, this arm of the cinema landscape has long been regarded as a place of failure, backed by numerous examples dating back to the early ‘90s. In more recent years, this idea has begun to change. With dozens of upcoming promising video game adaptions announced for the years to come, it could finally be time for the video game movie renaissance.

The first and most famous of the big efforts to get video game movies into the mainstream has to be the 1993 Super Mario Bros. film. Despite a lot of hype, this movie was a critical and commercial bomb, hitting a mere 29% on the major reviewing website Rotten Tomatoes. Starting with a low bar meant that it wasn’t difficult to do better, but doing better than SMB never meant a film was ‘good’ to anyone seriously interested in cinema. 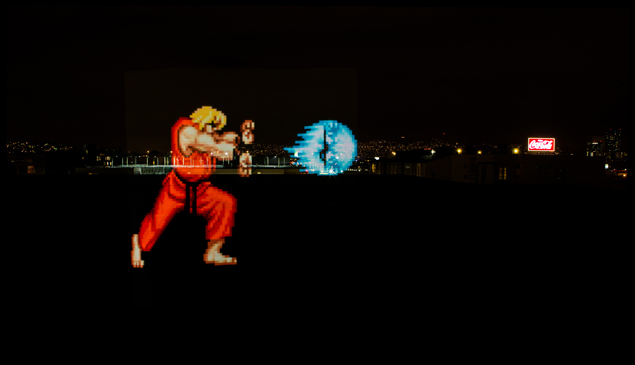 Famous follow-ups to Super Mario Bros. included Street Fighter in 1994, Mortal Kombat in 1995, Tomb Raider in 2001, and Resident Evil in 2002. While all of these films were financially successful, they were regarded, at best, as popcorn fodder. Fun, sure, but none were seen as impressive for either newcomers or diehard series fans.

A large part of this problem ties into the legacy that video games suffered from until this time, as toys more than serious entertainment. Some of this was due to the young nature of the medium, but just as important were the stalwarts of traditional media who looked down at what gaming could do. Either out of arrogance, unfamiliarity, or a combination of both, video games, as pundits like Roger Ebert said, could never be art. As gamers had known for a long time, this couldn’t be further from the truth.

The Challenges of Video Game Adaption

Some of the major challenges in adapting movies to video games come from the length and interactive nature of the gaming experience. The issue of length appears consistently between other mediums too, most commonly when moving novels to the big screen.

Movies usually find themselves in the 1.5-hour to 3-hour window. The longest video games, like Persona 5 and The Witcher 3, can take over 100 hours to complete. While most games find themselves within the 12–24-hour time to complete window, this still demonstrates the impossibility of bringing all story beats over accurately. With upcoming films like Borderlands, Days Gone, and Metal Gear Solid, the length problem is a real concern for fans.

The interactivity of gameplay causing a problem is most evident with games with a more classic arcade feel. If a game doesn't have a lot of story to work from and instead relies overwhelmingly on action, then the implementation of a film plot is left to the writers. This was one of the big problems with the first Super Mario Bros. film, in that it lacked a foundation on which to build. This is also a fear with the upcoming Gran Turismo and Duke Nukem movies, neither of which are famous for their storylines.

Of course, not all video games are entirely driven by gameplay, and not all are enormously long experiences that take hours on hours to beat. Some are smaller tales existing in a middle ground, where translation can be as much about technical aspects of the move.

This concept has been applied in film-to-film adaptions before, for example in shot-for-shot remakes. 1998's Psycho went for this approach, as a remake of the 1960s version by Hitchcock. With different technology in a different age, it was practically impossible to recapture the spirit of an original. The limitations of film at the time didn’t make movie quality worse, rather it created an entirely different feel that moves to a new frontier couldn’t mirror.

The same could be said for translations of other types of entertainment into the digital sphere. New online casinos naturally borrow from their physical cousins, but their implementation is very different. Utilizing convenience which can't exist in brick-and-mortar establishments, as well as bonuses like free spins and deposit matches, these different takes on the same base systems give very different results.

In this way, the games which are already well-suited for a movie translation need to instead draw a line in how different film technology could best be applied to deliver a faithful version. The announced Streets of Rage film, for example, comes from a simple story about fighting to rid a city of a crime syndicate. In this instance, the question becomes more about how to use the intricacies of film to reflect technical action, where the answer is found with the knowledge and expertise of the filmmakers.

With so many complications extended over their history, you’d be forgiven for thinking that movie games would be cursed to a state of perpetual underperformance. As films like Detective Pikachu and the Sonic the Hedgehog series have shown, this is no longer the case. Instead, big-budget efforts by some of the best in the business have led to a time when video game adaptions to film and television are being taken seriously, and it’s been a long time coming.

Acting as the backbone of the positive developments of modern video game adaptions are the filmmakers themselves. Back then, those who worked on video game adaptions were those who had some experience in movies, but they lacked the knowledge and foresight into video games to do them justice. Today, with adults having grown up playing games and taking them seriously, we've been delivered filmmakers who understand what games can do, what they do well, how they've evolved, and why they're important.

From a position of ignorance, we now have a foundation of knowledge, and it's upon this basis that a new level of gaming movies can be built. Challenges like condensing a long story are now possible because screenwriters who grew up on properties understand the game's overarching themes and their extraneous side quests. By the same token, smaller games can better be extended outward as filmmakers are more familiar with the feeling a title generates, and its mirror in the cinema space.

We're at an age now where we have the digital technology to do justice to the spectacle of video games, to capture and reimagine what they do at home on the silver screen. Even better, elements of this design can even be shared across gaming and movie studios, to allow a level of accuracy and care than is impossible in the translation of other mediums.

It might have taken 30 years, but we're at a place now where a new Super Mario Bros. movie holds real promise, and that's not something those of us who witnessed the original thought we'd ever see. Even for more serious conversions, like the announced BioShock and Firewatch projects, the environment has come so far that confidence is not foolish, it's earned.

Of course, like any film, we'd recommend each release be taken on a case-by-case basis. Not every one of these releases will be hits, but that's not the point. The point is that today, each has a real chance to be a seriously enjoyable release to both critics and viewers. It's an exciting time for gamers and movie buffs, and we can't wait to see how this coming generation plays out.