Itchy Fish Film and Scanner Rhodes Productions Announce THE BROMLEY BOYS Kick Off On Home Turf...And Then, The World! | The Fan Carpet

Itchy Fish Film and Scanner Rhodes Productions Announce THE BROMLEY BOYS Kick Off On Home Turf…And Then, The World!

Itchy Fish Film and Scanner Rhodes Productions are proud to announce the UK release THE BROMLEY BOYS. This wonderfully funny, feel-good football comedy will have its World Premiere on 23rd May, and goes on general release in the UK later in the month.

Inspired by the book The Bromley Boys by Dave Roberts, the film tells the story of the author as a 15 year-old and his passion for the worst football team in Britain – Bromley FC, a district of South East London. Set on the cusp of the 1970’s, and played out to the nostalgic sights and sounds of the era, including the music, wide collars and moustaches, the film captures the lengths to which a devoted fan will go to save his beloved football club, and the difficulties thrown up when your first love turns out to be the belligerent club chairman’s daughter. The Bromley Boys is a story of the underdog coming good, first love and the beautiful awkwardness that goes with it.

With an impressive British cast headed by young Brenock O’Connor (Game of Thrones) as Dave, the film stars Alan Davies (Jonathan Creek), Martine McCutcheon (Love Actually), Jamie Foreman (Layer Cake) and Adam Deacon (Annuvahood). Ewen Macintosh (The Office) and Gareth Hale (Hale and Pace, Extras). The cast is joined by several up and coming actors, including Betsy Blue-English, discovered through a Bromley Borough wide talent search – and World Freestyle Footballer Sean Garnier. The Bromley Boys is directed by Steve Kelly (City Rats) and produced by TJ Herbert and Dean Fisher. TJ Herbert, who, as a Bromley boy, obtained the rights to the film after discovering the story in a local bookshop. He then partnered with Fisher to bring the project together. 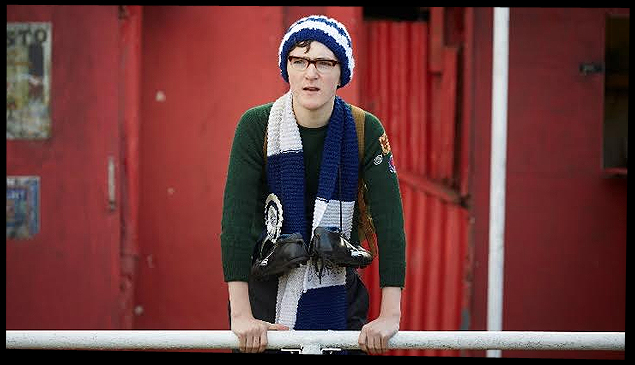 “It’s been quite a journey getting the film to where it is now,” explains co. producer TJ Herbert, “it was a phenomenal team effort, on a very tight budget with one single goal – getting the best possible film on the screen. I believe we’ve done that and can’t wait to finally have The Bromley Boys out there for all to see”

Leading lady Martine McCutcheon who stars alongside Alan Davies and Brenock O’Connor, says “For me, the most important factor in taking on any film or TV role is the script – I HAVE to love it. I’ve now seen the finished film and did absolutely love it. It’s a beautiful heart-warming story - very funny and with a great period sound track too! We need more British films like this.”

Football is undoubtedly the world’s most popular spectator sport with over 3.5 billion fans worldwide. And while the film centres around one football team – namely a really rubbish football team – the story is a universal one that will resonate not only with football fans, but sports fans the world over who have at some stage felt the pain of supporting ‘underdog’.

Lead actor Alan Davies said in a break during filming “I really enjoyed the script and could totally relate to that feeling of being in love with a real football team – even though they were small and going nowhere. That feeling of seeing the same faces week in week out and being part of a family. The film is a nostalgic warm-hearted tale and I didn’t expect to be touched quite so much.”

As the game moves further and further from its roots, fans are increasingly turning to Non-League football throughout the UK to recapture the local spirit of the game and enjoy the close-up quirks and oddities that exist at this lower echelon of the football spectrum. This film is for them.