One of the UK’s fastest rising comedy stars, British-Kurdish comedian Kae Kurd, has been announced today as host of this year’s Edinburgh TV Awards.

Kurd, whose debut stand up special Kurd Your Enthusiasm garnered over 100K views on YouTube, is making waves right across the industry through TV appearances on Live at the Apollo (BBC Two) and Don’t Hate the Playaz (ITV2). He also has numerous writing credits including Charlie Brooker’s Death to 2020 (Netflix) Cunk & Other Humans (BBC Two) and Redknapp’s Big Night Out (Sky One). His debut nationwide tour The Spoken Kurd, which started this week, sold out in record time. 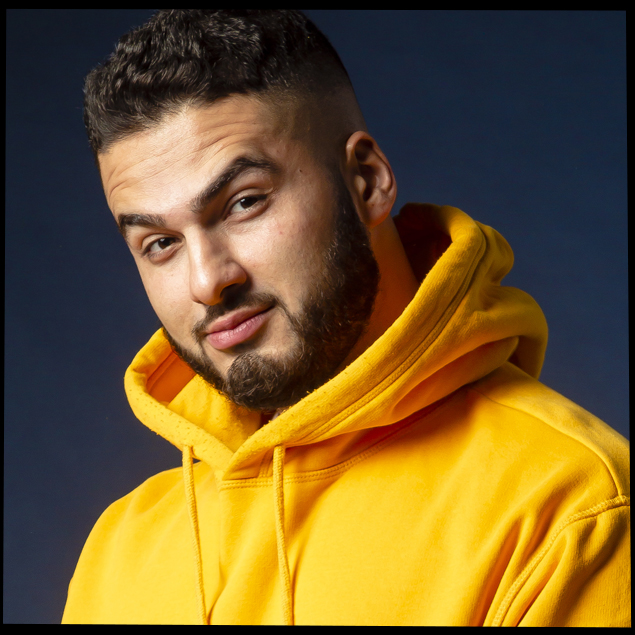 Kurd will host the Awards with an exclusive stand up set in what will be the second digital ceremony held on Twitter, following in the footsteps on hot comedy property, Munya Chawawa who took the hosting honours last year.

Kurd said “It’s a huge honour to host this years Edinburgh TV Awards, especially seeing the names that have hosted in previous years. I feel really proud to be able to a part of recognising some really talented people.”

Acclaimed British actor Jodie Comer will be honoured by the Awards, in partnership with Variety, with the Outstanding Achievement Award, to celebrate her remarkable work, ranging from UK critically acclaimed dramas Killing Eve and Help - written by this year’s Edinburgh TV Festival MacTaggart speaker, Jack Thorne - to International blockbusters Free Guy and The Last Duel.

Variety’s International Editor, Manori Ravindran, said: “Jodie Comer has never ceased to surprise with her extraordinary versatility and knack for selecting roles that really get under the skin. From her performances in the BBC's "Thirteen" and Channel 4's "Help" to playing one of television's most entertaining villains in "Killing Eve" and making her major film debut in "Free Guy," Jodie is wonderfully unpredictable and always electric on screen. We are thrilled to present her with Variety and the Edinburgh TV Festival's Outstanding Achievement Award.”

Taking place on the Edinburgh TV Festival’s official Twitter account @EdinburghTVFest from 1pm BST on Thursday October 21st, the ceremony will celebrate the outstanding TV and entertainment gems produced in the last 12 months, with Kurd and some other celebrity guests revealing this year's winners across a range of hotly contested categories.

Further information and FAQs can be found on the Edinburgh TV Festival website www.thetvfestival.com

Speakers for 2021 included Global Icon Whoopi Goldberg, Masterclasses on We are Lady Parts and Gomorrah and Spotlight sessions with major decision makers from UK and international broadcasters and global streamers.

As a Festival and a charity, the Edinburgh TV Festival is committed to helping people from all backgrounds gain access to, and develop their careers further in, the TV industry.

In 2019 the Festival launched a new division – The TV Foundation; the charity umbrella that further expands its remit as the foremost charity dedicated to supporting the television industry. The TV Foundation runs two talent schemes; Ones to Watch and The Network which have helped over 4000 individuals since 1991, as well as supporting new initiatives such as TV PhD, the annual New Voice Awards, partnerships with industry initiatives and a year-round programme of events and support.