The New Mutants rise to Number 1 on the Official Film Chart following the film’s release on DVD and Blu-ray.

Brand new at Number 3 is the long-awaited sequel Bill & Ted Face The Music. Starring Alex Winter and Keanu Reeves as the beloved eponymous characters, the pair reunite for new antics in the present day – and beyond. The now-middle aged Dads of teenage girls are on their biggest adventure yet, still trying to crank out a hit song and save the world. 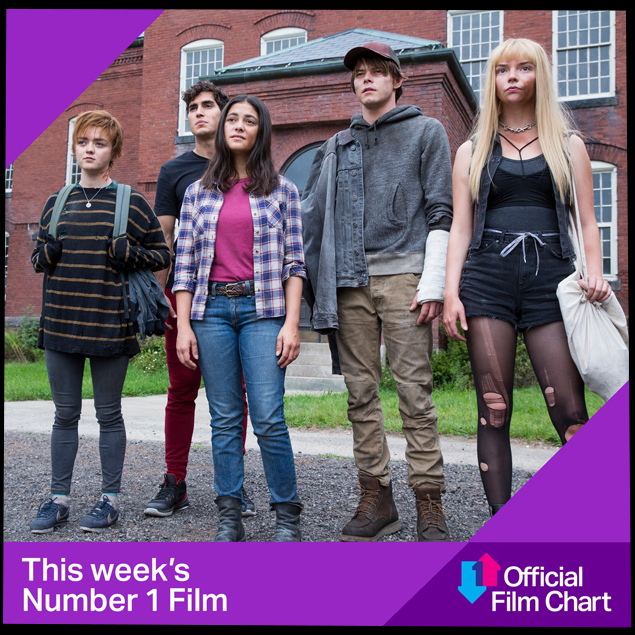 Roald Dahl’s The Witches drops to Number 4, while another magical adventure Fantastic Beasts: The Crimes of Grindelwald returns to the Top 10 after climbing nine places to Number 5. Spider-Man: Far From Home (6), Bad Boys For Life (7) and Little Women (8) all fall one place this week.

Jumanji: The Next Level holds tight at Number 9, and finally The Greatest Showman zooms back up 25 places to Number 10.

This week’s Official Film Chart features a preview of stunning award-winning animation Away, which is available to Download & Keep from January 18.

Now, as well as OfficialCharts.com, the Official Film Chart can also be found on FindAnyFilm.com - the ultimate site for Film and TV fans to discover all the legal ways to buy the entertainment they want on disc and digital formats.

About FindAnyFilm.com
FindAnyFilm.com is one of the UK's leading websites for film fans looking to book, buy and watch films and TV programmes. Operated by The Industry Trust for IP Awareness, the website offers in excess of 130,000 films and TV shows across all formats, from cinema to DVD and Blu-ray, as well as download and streaming services. Visitors can search by title and talent and can sort their results by format and price.

About British Association for Screen Entertainment
The British Association for Screen Entertainment (BASE), previously known as the British Video Association (BVA), has a proud heritage representing the interests of publishers and rights-owners of pre-recorded filmed entertainment for the past 40 years.  In a world of evolving technology and fluid consumer behaviour, the primary objective of the British Association for Screen Entertainment is to champion the growth of screen entertainment across disc and digital, while maintaining a business environment with the fewest regulatory burdens. Our members already represent the vast majority this £2.69 billion video market alongside Affiliate and Associate members from a host of critical industry stakeholders. We welcome new members from across the audio-visual ecosystem, from smaller independents to established players, through to service providers, broadcast platforms and more, offering flexibility through tiered levels of membership to suit different needs.