4Digital Media will be releasing Juliane Block’s gripping undead horror thriller THE CURSE OF HOBBES HOUSE on DVD and Digital download in the UK from March 8, 2021.

The zombie actioner, starring Mhairi Calvey and Makenna Guyler as rival sisters forced to team up to survive a zombie home invasion, will be available to purchase from ASDA, Morrisons, HMV Online and Amazon. It will also be available to download at iTunes, Amazon Video and from the Sky Store.

Directed by Juliane Block (8 Remains, 3 Lives), and written by Block and regular collaborator Wolf-Peter Arand, THE CURSE OF HOBBES HOUSE was shot entirely on location at Kings Weston House, Bristol.

Block and Arand said "We’re very excited about The Curse of Hobbes House being released in the UK. It's where the film was shot and where key members of our team are based, so the film's UK release feels a bit like a homecoming. Although a Zombie movie the film encapsulates thoughts and feelings people can relate to, especially right now. In times like these we have to realise we’re at our best whenever we overcome our differences and work together." 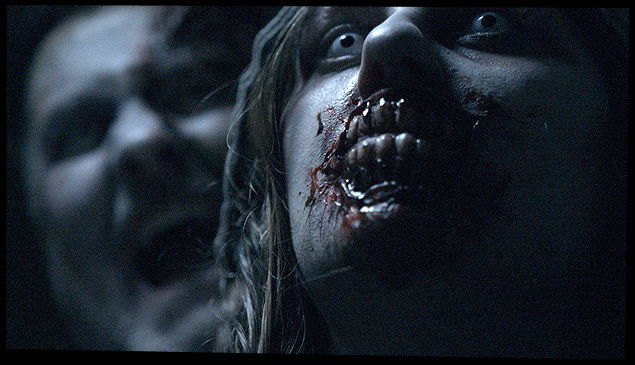 Synopsis:
After the death of her Aunt, Jane Dormant travels to the family’s remote, ancestral home hoping to receive a large inheritance. When Jane’s estranged, half-sister Jennifer arrives at Hobbes House to claim her part of the estate, the sisters’ simmering hate ignites. But then a violent, unexpected storm cuts the estate off from outside help and a wave of bloodthirsty undead lays siege. Now the sisters have to learn how to fight back together.

THE CURSE OF HOBBES HOUSE is directed by Juliane Block, written by Wolf-Peter Arand, and exec-produced by Malcolm Winter and Monika Gergelova. Producers are Juliane Block, Wolf-Peter Arand, Mhairi Calvey and Paul Dudbridge. Cast: Mhairi Calvey (Braveheart, Crystal's Shadow), Makenna Guyler (David and Goliath). Waleed Elgadi (Mosul, A Hologram of the King) and Kevin Leslie (The Rise of the Krays).

The Curse Of Hobbes House Film Page | Pre-order at Amazon