Jenna Suru established Belle Époque Films in January 2015. Her experience in film production started in Los Angeles, where she was Production Assistant on Dahn and Alimi Ballard's (Numb3rs, CSI, Castle) TV show "The Experiment with Dahn and Ali".

She directed and produced her debut feature film "L'Âge d'Or" with an international cast, 35 exceptional locations and an outstanding soundtrack, featuring songs from Chuck Berry and Jimmy Reed. She's a reputable Line Producer in France and her company Belle Époque Films has now become an official French feature film company, organising shoots for multiple foreign productions filming across Paris and rest of France.

Jenna has been working for Canneseries (Cannes Series Festival) since its very first edition and her multiple talents enable her to give the best of herself on any project, from the development stage to distribution.

In our interview, Jenna tells The Fan Carpet's Marc Jason Ali how she got her start in the Industry, the differences with Producer roles, her love for all things Harry Potter and her thoughts on the popularity of Streaming services... 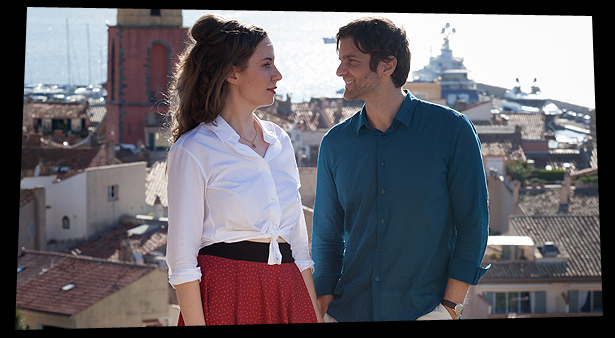 I started acting in Paris when I was 8 years old and decided to undertake more acting classes in Los Angeles when I was 17. There I learnt a lot about the many dimensions of the film industry, from directing to producing, even marketing and make-up, and made my final commitment to become a filmmaker. I graduated from a top Business School in Europe, specialised in the film and media sector and worked at Gaumont and SND, two top film distributors in France.

Establishing yourself in the industry requires various skills and a lot of hard work. I made sure to develop the right skills working at top distributors in Europe, interning at Panavision to learn as much as possible about gear and material, working on various shoots internationally, before opening my French film company Belle Époque Films as I was living in London.

You established Belle Époque Films in January 2015, looking back from 2019, how has that journey been so far?

It’s been the most exciting and hard-working journey ever. I kickstarted Belle Époque Films with both film and theatre projects. I produced the highly-praised, sold out Los Angeles Premiere of "Happy", published by Samuel French, and Co- Produced two UK shorts. The first, "Spitball", was funded by the Northern Ireland Screen, and the second, "Bigger Picture", starred BAFTA-nominated Robert Sheehan (Misfits, The Umbrella Academy) and Rosie Day (Outlander, The Seasoning House). These happened in the very first months after opening my company and was a point of no return, I haven’t stopped working since then.

When I’m not directing or acting, I Line Produce foreign projects filming in Europe. I was Line Producer and Casting Director on « The Sesh », a British short film we filmed last September in Leeds, that is meant to become a feature.

I’ve worked on the international promotion of Canneseries (Cannes Series Festival) since its very first edition in 2018, which has been a very exciting challenge as TV is skyrocketing across various international platforms like Netflix and Amazon.

There are many different types of Producers as there are so many ways of making your film. I produced « L’Âge d’Or » as the only producer as I worked on the whole process from funding to line producing without the help of a co-producer attached.

But on most projects, you would hire different types of producers. For instance, the Line Producer is the person or entity responsible for organising your shoot, the Executive Producer would usually be in charge of gathering part of the financing, an Associate Producer would help on a very specific part of the production work. In French, a « Line Producer » is called « Producteur Exécutif », which sounds like « Executive Producer », just to make things a little more confusing (laughter).

They are all important as the project can only be achieved because of all those dimensions, and are basically dependent on the type and amount of work or valuable experience or contacts you’ve brought to the project.

You're also a Director with your most recent film being "L'Âge d'Or" (« The Golden Age »), what can you tell us about that?

I’ve directed my debut feature film "L'Âge d'Or" with an international cast, 35 exceptional locations and an outstanding soundtrack, featuring songs from Chuck Berry and Jimmy Reed. The film is a period drama set in 1967, a tribute to artists who went to Saint-Tropez in the South of France in the 60s to change that world that didn’t work for them.

I'm also the lead actor in it as Angèle Devaux, a Parisian theater actress who plays in small Parisian theaters in front of empty seats. She’s more ambitious than what the world she’s living in has to offer her. As a woman, she feels she’s mainly asked to become a decent mother rather than pursuing any artistic purpose. She decides to embark on artistic project with a Franco-American producer she meets in Paris to change that world they both don’t fit in.

I absolutely love films with a strong connection to music. This is probably why I’ve felt very inspired by Damien Chazelle’s work since « Whiplash », which depicts the relationship between an ambitious jazz drumming student (Miles Teller) and an abusive instructor (J. K. Simmons).

Music holds a very special place in my debut feature « L’Âge d’Or ». I loved the challenge of producing the soundtrack, which we’ve recorded in a studio near Paris even before filming. I also obviously love period dramas, definitely a genre I’d like to pursue more in my film work in the coming years.

At the end of the day, I love working on various genres and always keep learning. One of my upcoming projects is a British comedy horror I was hired for as a Director and Lead Actor.

Are there any other aspects of the Film Industry that you would like to pursue, since you're a credited Writer, is that what you want to do more of?

I’d definitely want to write more, I started writing at a very young age and am writing another period drama at the moment. Aside from Directing, I’d love to work more as a Casting Director and Line Producer, like I did on « The Sesh ». I love working with actors, being an actor myself, and discovering new talents.

Wearing different hats has also enabled me to become an efficient Line Producer, understanding the nitty-gritty of every department. I love working out the details, understanding the needs and constraints of each department to bring the project up to its very best. I’d say that working internationally and on international shoots definitely helped me understand how various teams work, how to always come prepared and react on tight deadlines.