‘ELLO, ‘ELLO, ELLO! IT’S PONTYPANDY’S FIRST EVER POLICE CHARACTER PC MALCOM WILLIAMS TO BE PLAYED BY COLIN MCFARLANE – THE VOICE OF ITV’S ‘THE CUBE’ AND STAR OF ‘DR WHO’ AND ‘THE DARK KNIGHT TRILOGY’

NEW SERIES OF FIREMAN SAM AIRS EXCLUSIVELY ON CARTOONITO FROM MONDAY 26TH OCTOBER AT 7.00AM & 4.00PM

Get set for action aplenty as the ultimate firefighting team from Pontypandy return to screens with a brilliant new 13-part CGI animated series airing exclusively on Cartoonito from Monday 26th October from 7am & 4pm. The twelfth series of Fireman Sam will bring fun, excitement and laughter to pre-school children as well as teaching important safety lessons.

Series 12 will feature all the iconic Pontypandy locations, rescue vehicles and characters that we know and love, as well as some special surprises to add to the excitement. This includes the arrival of Sergeant Rose Ravani and nurse Helen Flood’s little brother, PC Malcolm Williams. As Pontypandy’s new police officer, PC Malcolm is an advocate of teamwork and looking after the community and it is not long before he is having to deal with his first Pontypandy emergency: helping Sam rescue Nipper, who is heading off down the hill on Hydrus towards Trevor’s bus! 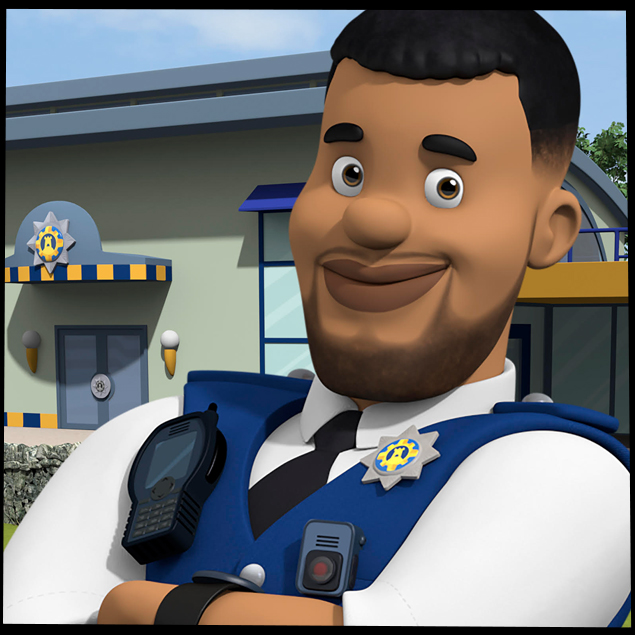 PC Malcom Williams is voiced by respected film and television actor Colin McFarlane, who is known for his roles in The Dark Knight film trilogy as well as a string of TV appearances including Dr Who, Judge John Deed, Jonathan Creek and Eastenders. Voiceover work includes being the voice for ITV1’s The Cube. Sergeant Rose Ravani is played by Sasha Behar, who portrayed Maya Sharma in ITV1’s Coronation Street and has also appeared in Holby City, Messiah and Lewis.