Fane Productions is delighted to announce Lily James as a special guest for Margaret Atwood Live on 10 September. The event, which takes place on the Lyttelton stage at the National Theatre, sold out within hours when it was first announced in March, but tickets are still available for over 1,300 live cinema screenings worldwide.

Margaret Atwood Live is a celebration of the global publication of the Booker-longlisted The Testaments, Margaret Atwood’s highly anticipated sequel to her seminal work, The Handmaid’s Tale. The live event will include readings, a Q&A between Margaret Atwood and Samira Ahmed, and the screening of never-before-seen footage from a documentary on Atwood’s life and work.

Lily James, most recently seen on stage starring in Ivo van Hove’s All About Eve, is currently lighting up cinema screens in Danny Boyle’s movie Yesterday.

Alex Fane said "The Testaments is one of the most highly anticipated sequels of all time, and it’s amazing to think that people all over the world will be able to mark the occasion by joining us in cinemas."

Margaret Atwood: Live in Cinemas will be broadcast to over 1,300 cinemas across the globe, including cinemas throughout the UK, the US, Canada, Malta, Germany, the Netherlands, Sweden, Finland plus delayed screenings in Australia, and New Zealand.

Full details and tickets can be found here. 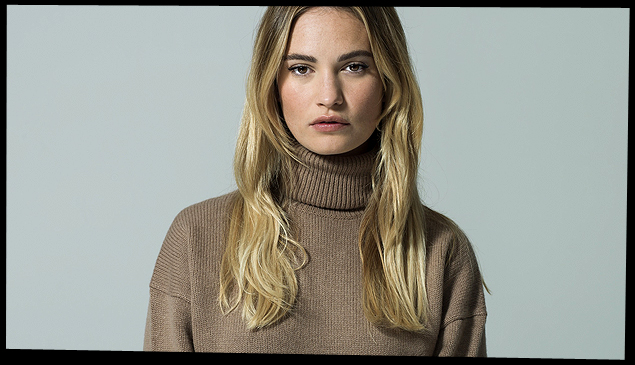 Margaret Atwood says "I am delighted that the launch of The Testaments will take place not only in London on 10th September, but also by live-streaming to over 1300 cinemas around the world. I can’t be in all the places at once in my analogue body, but I look forward to being with so many readers via the big screen."

In addition to the live event there will be a midnight opening at Waterstones Piccadilly and a six date in-person tour across the UK and Ireland in October and November.

The publication of Atwood’s The Handmaid’s Tale in 1985 and the current, Emmy Award-winning television series have created a cultural phenomenon, as handmaids have become a symbol of women’s rights and a protest against misogyny and oppression. In this brilliant sequel, acclaimed author Margaret Atwood answers the questions that have tantalized readers for decades. When the van door slammed on Offred’s future at the end of The Handmaid’s Tale, readers had no way of telling what lay ahead. Margaret Atwood’s sequel The Testaments picks up the story fifteen years after Offred stepped into the unknown, with the explosive testaments of three female narrators from Gilead.

‘Dear Readers: Everything you've ever asked me about Gilead and its inner workings is the inspiration for this book. Well, almost everything! The other inspiration is the world we've been living in.’ Margaret Atwood

The Testaments will be published by Chatto & Windus, an imprint of VINTAGE, on 10 September. 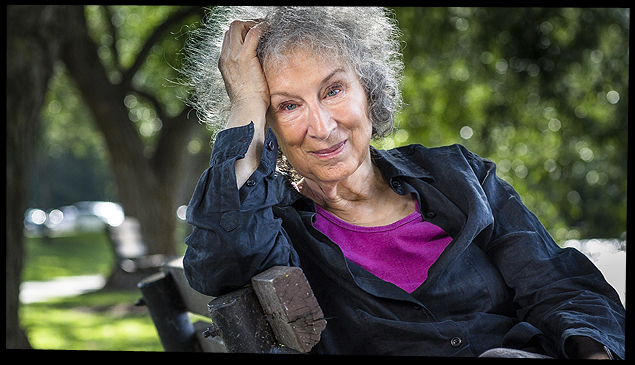 Margaret Atwood is the author of more than fifty books of fiction, poetry and critical essays. Her novels include Cat’s Eye, The Robber Bride, Alias Grace, The Blind Assassin and the MaddAddam Trilogy. Her 1985 classic The Handmaid’s Tale went back into the bestseller charts with the election of Donald Trump, when the Handmaids became a symbol of resistance against him; and the 2017 release of the award-winning Channel 4 TV series. Sales of the English language edition have now topped 8 million copies worldwide. Atwood has won numerous awards including the Booker Prize, the Arthur C. Clarke Award for Imagination in Service to Society, the Franz Kafka Prize, the Peace Prize of the German Book Trade and the PEN USA Lifetime Achievement Award. She has also worked as a cartoonist, illustrator, librettist, playwright and puppeteer. She lives in Toronto, Canada.

ABOUT LILY JAMES
Lily James’s breakout film role came when she starred in Disney’s Cinderella. After several successful television roles, including turns in Downton Abbey and the BBC’s adaptation of War & Peace, 2017 saw her in two critically acclaimed films—action film Baby Driver and war drama Darkest Hour. In 2018, Lily starred in the summer smash hit Mamma Mia! Here We Go Again, taking on the role of ‘Young Donna’. Building on previous performances in Kenneth Branagh’s acclaimed staging of Romeo & Juliet at the Garrick Theatre, Vernon God Little at the Young Vic and Othello at the Sheffield Crucible, Lily returned to the stage in the 2019 in Ivo van Hove’s West End production of All About Eve, starring opposite Gillian Anderson. Most recently, Danny Boyle’s Yesterday, in which Lily features as ‘Ellie’, has enjoyed great success at the UK and global box offices. Lily has also recently completed shooting on Working Title’s Rebecca, a feature adaptation of Daphne Du Maurier’s novel, directed by Ben Wheatley. The film’s highly-anticipated release is set for 2020. Other notable film credits include The Guernsey Literary & Potato Peel Pie Society, Pride & Prejudice & Zombies, Wrath of the Titans, Burnt, and Fast Girls.

ABOUT FANE PRODUCTIONS
Fane Productions specialises in the production of bespoke live events for leading talent.

We work with a diverse range of artists at the top of their respective professions, for whom live work adds an exciting dimension to their principal careers, whilst also acting as agents for other live work such as corporate bookings and keynotes. An innovative and collaborative company, Fane Productions work alongside agents, publishers and producers with a focus on creating dynamic live platforms to present and promote both the client and their work; be that a book, TV series, podcast or other venture. Over 350,000 tickets were sold in its first two years through events with the likes of John le Carré, Margaret Atwood, Nigella Lawson, Dolly Alderton, Stacey Dooley and Grayson Perry. Our programming team run the Sunday nights at the Theatre Royal Haymarket, as well as putting on over 800 shows per year at central London venue, Crazy Coqs, with a mix of music, theatre, cabaret, comedy and literary events in one extraordinary 80 seat venue. Words Weekend - our own take on a literary festival - was launched in November 2018 and the first three festivals will take place at Sage Gateshead, The Lowry in Salford and Regent's Park Open Air Theatre. In December 2018 Fane Productions acquired JHI Ltd, a creative marketing company who provide services for live theatre events, both nationally and on an international platform.

ABOUT VINTAGE
VINTAGE publishes some of the greatest writers and thinkers from around the world and across the ages – from Philip Roth, Yuval Harari, Haruki Murakami and Alice Munro to Ian McEwan, Jeanette Winterson and Salman Rushdie. Writers who have invented new worlds and explored our own; who have captured imaginations and won dozens of prizes, from the Nobel and the Booker to the Pulitzer and beyond. Born in New York in 1974 and moving to London in 1990, VINTAGE is also famed for its beautiful, stylish design and brave innovation. The publisher comprises nine imprints, each one as distinctive as its own past: Jonathan Cape, Bodley Head, Harvill Secker, Chatto & Windus, Hogarth, Yellow Jersey, Square Peg, VINTAGE Paperbacks and VINTAGE Classics.

For breaking news on The Testaments visit @vintagebooks, @MargaretAtwood

ABOUT BY EXPERIENCE
BY Experience, the “live cinema event powerhouse” (Variety) is “in the business of breaking through the barriers posed both by time limitations and space” (Fast Company”). BY Experience pioneered the digital revolution of live events to movie theaters and other locations globally with David Bowie’s 2003 Reality album launch and since then, millions of tickets have been sold worldwide for cinema events BY Experience has distributed globally. Current cinema series credits: Distribution Representative, The Met: Live in HD (Worldwide; since 2006), the UK’s National Theatre Live (ex-UK; since 2009), Bolshoi Ballet (North America; since 2014), Stratford Festival on Film (U.S. 2019) and Great Art on Screen (U.S. 2019). BY Experience has executive produced and/or distributed several diverse programs for cinema including numerous rock concerts, radio programs, fine art exhibits, major studio anniversary events, faith programs, spoken word, and other events. BY Experience distributes to over 75 countries, to over 3,000 movie screens.

ABOUT WATERSTONES
Waterstones is the UK and Ireland’s leading high street bookseller with 293 bookshops, including Foyles, Hatchards, Hodges Figgis and branches in Ireland, Brussels and Amsterdam. It is the only national specialist book retailer of scale in the UK, with the average sized shop carrying a range of around 30,000 individual books and with over 200,000 titles in the largest shop.

ABOUT EQUALITY NOW
Equality Now is an international human rights organization that works to protect and promote the rights of women and girls around the world by combining grassroots activism with international, regional and national legal advocacy. It’s international network of lawyers, activists, and supporters achieve legal and systemic change by holding governments responsible for enacting and enforcing laws and policies that end legal inequality, sex trafficking, sexual violence, and harmful practices such as child marriage and female genital mutilation.