IMAX (NYSE: IMAX) today announced that Marvel Studios’ “Black Widow,” set to be released by The Walt Disney Company 9th July, will debut with 22 minutes of select scenes in expanded aspect ratio exclusively in IMAX®. “Black Widow” is the first new movie in Phase Four of the Marvel Cinematic Universe and the first new Marvel Studios theatrical release since 2019. 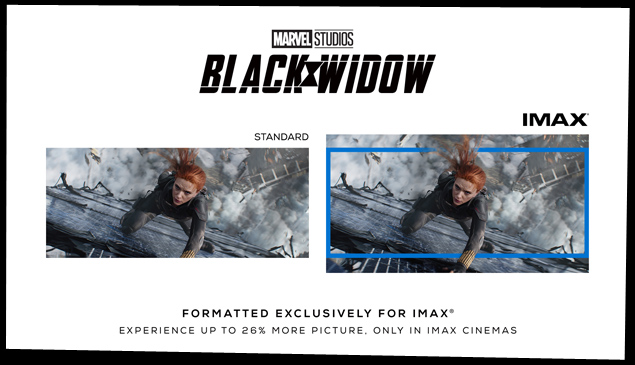 Aspect ratio is the technical term for the proportional relationship between an image’s width and height. Most films are presented in an aspect ratio called CinemaScope (2.40:1) which is why they appear very wide but not very high. IMAX provides filmmakers with the ability to use an expanded aspect ratio – allowing them to use more of the original image. Watching a film with an expanded aspect ratio provides audiences with a full immersive view that fills the peripheral vision more than any other cinematic experience. 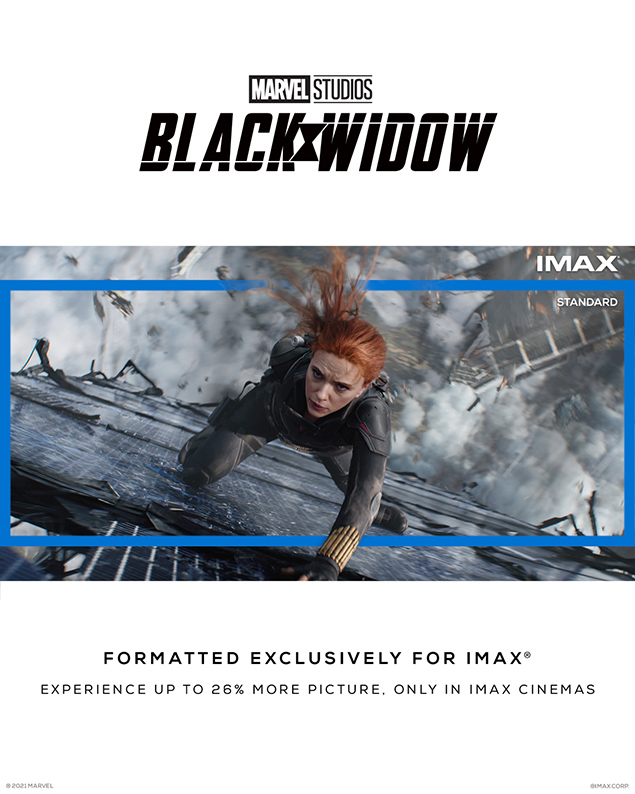 “BLACK WIDOW” WILL BE PLAYING IN IMAX CINEMAS FROM JULY 9

About ‘Black Widow’
In Marvel Studios’ action-packed spy thriller “Black Widow,” Natasha Romanoff aka Black Widow confronts the darker parts of her ledger when a dangerous conspiracy with ties to her past arises. Pursued by a force that will stop at nothing to bring her down, Natasha must deal with her history as a spy and the broken relationships left in her wake long before she became an Avenger. Joining Johansson in the new feature film are Florence Pugh as Yelena, David Harbour as Alexei/The Red Guardian, and Rachel Weisz as Melina. “Black Widow”—the first film in Phase Four of the Marvel Cinematic Universe—is directed by Cate Shortland and produced by Kevin Feige.

About IMAX Corporation
IMAX, an innovator in entertainment technology, combines proprietary software, architecture, and equipment to create experiences that take you beyond the edge of your seat to a world you’ve never imagined. Top filmmakers and studios are utilising IMAX cinemas to connect with audiences in extraordinary ways, and, as such, IMAX’s network is among the most important and successful cinematic distribution platforms for major event films around the globe.

IMAX is headquartered in New York, Toronto, and Los Angeles, with additional offices in London, Dublin, Tokyo, and Shanghai. As of 31st March 2021, there were 1,652 IMAX cinema systems (1,567 commercial multiplexes, 12 commercial destinations, 73 institutional) operating in 84 countries and territories. Shares of IMAX China Holding, Inc., a subsidiary of IMAX Corporation, trade on the Hong Kong Stock Exchange under the stock code “1970.”