In light of the COVID-19 crisis Coventry based production company Mosley Studios and London based producer financier Goldfinch are set to make history on June 12th with the launch of their latest project, “The Ascent” (known as “Black Ops” in the US) with the film the first to have its premiere in virtual reality via AltspaceVR. The event will be called “The VR Film Festival” and will premiere at 7pm BST via the AltspaceVR app.

To access the event, you simply need to log into the AltspaceVR app and have access to an Oculus headset, or similar. For those without AltspaceVR or access to a visor, the film will premiere on Goldfinch’s Birdbox.Film platform at the same time. Visit BirdBox.Film to register for the non-VR premiere.  The AltspaceVR premiere will also include a Q&A with director Tom Paton, cinematographer George Burt and IndieWire’s executive editor Eric Kohn. 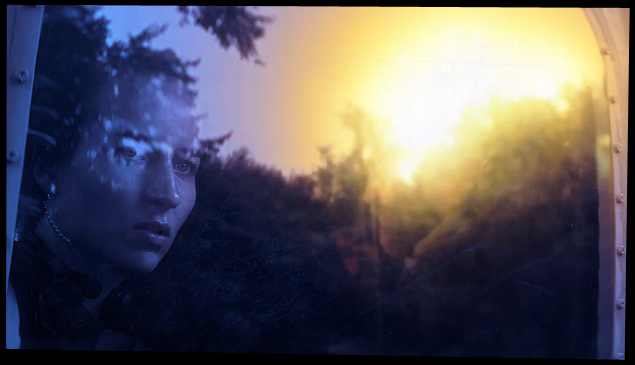 While discussing the topic, Burt had this to say on the premiere “The VR Film Festival was launched to give feature films a virtual platform to premiere in a copyright safe environment. Due to COVID-19 we've been looking into tech and found AltspaceVR which can host the event with up to one hundred people attending. The premiere of “The Ascent” will be the first feature length movie to have a live audience attending from all over the world in VR. We are excited to be joining everybody on the night using our Oculus headsets.”

While people are still finding ways to keep their release schedules on track and festivals such as We Are One are seeking to unite film lovers around the world during this difficult time, VR may offer a new alternative. While the technology itself isn’t new, designing cinemas in virtual reality could allow film fans who aren’t able to walk the red carpet in person to experience as part of online groups. This will allow people the chance to meet like-minded fans, chat freely and enjoy the social experience together in VR.

While some may see this as a short-term solution with people already overwhelmed with content, there are over 171 million active users of VR as of February 2020. The utilisation of VR allows people to interact and experience films with others even if they’re unable to attend the screenings in person. While people will undoubtably want to flock back to cinema screens once safe to do so, this option shouldn’t be seen as a replacement and instead an alternative for those seeking a shared experience.

THE ASCENT SYNOPSIS - A group of mercenaries are sent into Eastern Europe in the middle of a civil war to retrieve intel, but shortly after the mission the unit find themselves trapped on a never-ending stairwell; forced to climb or die. To survive, they must revisit their past sins if they ever want to get off.

The film blurs the lines of action and horror, creating a visually unique movie that deals with time travel, the repercussions of violence and consequence. Rife with practical effects, bone crunching fight sequences and existential dread; its underpinned by a villain with a real purpose. Guaranteed to thrill audiences, “The Ascent” was Paton’s third film to premiere at the prestigious FrightFest film festival in London in August 2019.

You can see the trailer for “The Ascent” here.

Never one to rest on his laurels, Paton has announced that his fifth film and third with Goldfinch, “G-LOC”, is in post-production. Little is known about the film but it is set to star Stephen Moyer (The Gifted, True Blood), Tala Gouveia (Cold Feet), Casper Van Dien (Starship Troopers), John Rhys-Davies (Lord of The Rings, Raiders Of The Lost Ark, Aquaman). Ward, Osmond and Wallace will also return for the film.

THE ASCENT PREMIERES ON ALTSPACEVR ON JUNE 12

About Goldfinch
The Goldfinch brand provides a vertically integrated global business model with expertise across finance, production, facilities management and distribution in Film, Television and Video Games. Our track record includes 200+ projects and investments of $300m+ into the creative industries, with many going on to win awards and critical acclaim.

About BirdBox.Film
BirdBox.Film , a branch of Goldfinch, recently began its life with three channels of curated content for TVOD; documentaries, drama and festival favourites. They are growing fiercely, with the premiere of The Ascent seeing their expansion into Horror and SciFi.

In July, their short film category will be launched with an online  premiere of Chris Turner’s 'Running Man',  starring Raff Law and produced by Sadie Frost & Goldfinch. The shorts channel will reward the younger filmmakers who provide content. It will also supply the much needed funds to market shorts, as well as providing the opportunity for creatives to have their concept reviewed and developed by the First Flights team in Goldfinch.

Ultimately, they strive to curate worthwhile, thought-provoking, conversation-starting, award-winning, critically-acclaimed films for their audiences. BirdBox aim to support genres that are being under-served and generally used as filler by major streaming platforms.To do this, they handpick titles worthy of audiences attention and send them to inboxes once a week, so great films are just a click away. Viewers only pay for what they play and have priced all films at a £1.99 starting point– which we are sure you will agree with.