The Sound of Japan – Winter, produced and directed by Giacomo Calistri and Laura Innocenti, offers a thrilling rush through the mountains, dojos, traditions and nightlife of Hokkaido accompanied by the primal rhythms of the Japanese island’s taiko drums.

Mixing the iciness of the forests with the heat of the forge, the silence of snowbound mountains with the soft sounds of the Sapporo jazz scene, SPANDY Films uses dimension-bending flow-motion hyperlapse footage to create an immersive, stream-of-consciousness viewing experience unprecedented in travel filmmaking. 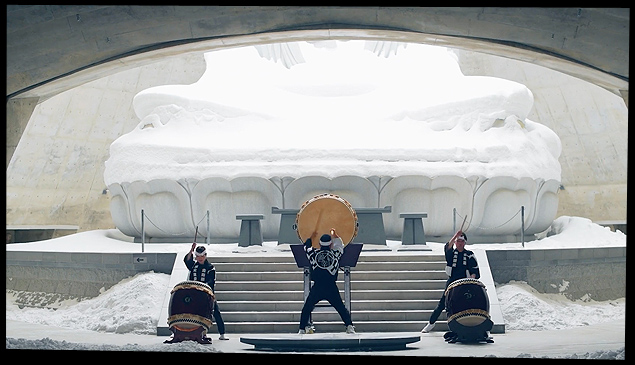 “The brief was to show Hokkaido’s winter in an original and unique way,” said Calistri and Innocenti, “so we set out to capture that beauty as a dream-like series of fleeting yet extraordinarily powerful images that make the viewer want to drop everything and head straight to Sapporo.”

SPANDY Films was founded for the production of such avant-garde, conversation-starting films. To that end, the London-based production house has assembled a global filmmaking elite comprising visionary directors, dps, editors and writers to transform stories into art by combining breath-taking visuals and soul-stirring sound to create transcendent motion pictures.

"It's easy for commercial videographers and photographers to fall into the trap of relying on tried and tested shots and motifs," said SPANDY Films CEO Sofia Panayiotaki. "When production becomes formulaic, releases become indistinguishable from rival footage and that makes the product unmemorable. Our mission is to use leading-edge talent and original thinkers to break that mould and keep pushing the medium forward."

Hokkaido - The Sound of Japan from NEEDaFIXER on Vimeo.

About Spandy Films
SPANDY Films is a creatively driven, multi-award winning production company, founded by Sofia Panayiotaki and Alexandros Konstantinou. SPANDY is home to the best in class Directors and Photographers, creating cutting edge work for clients around the globe.

We’ve got the talent. You get the picture.