This is the first hour-long Netflix special for Hughes.

Troy Miller serves as an Executive Producer for Dakota Films.

The special is directed by Kristian Mercado (Sam Jay: 3 In The Morning).

Quote from London Hughes “I’m thrilled to be working with the legend that is Kevin Hart, and I'm so excited for the world to see this special! After the crazy year we’ve had, we could all do with a good laugh and some good d*ck.”

Quote from Bryan Smiley “London Hughes is a once in a generation talent.  HartBeat is both excited and privileged to produce her first global comedy special with the biggest comedy platform in the world.”

About the Special
London is confused. She’s awesome, successful, attractive, and has no gag reflex and yet.. somehow, incredibly single… how on earth has that happened?! In this hilariously provocative, empowering show, London will explore the complete mystery of why the world is full of desirable, brilliant but single women - who definitely don’t need a man but wouldn’t mind the option.

It was previously announced that London will co-host The Netflix Afterparty alongside David Spade and Fortune Feimster.

London Hughes Bio
London Hughes is a stand-up comedian, writer, actor and host who has made her mark in the UK comedy world and is now bringing her talents to the global stage. London is the first British Black woman to be nominated for the Edinburgh Comedy ‘Best Show’ Award for her 2019 show, To Catch a D*ck, which was recently recorded as her debut comedy special. Executive produced by Kevin Hart, To Catch a D*ck, recounts London’s adventures in dating and premieres globally on Netflix December 22, 2020.

In 2021, London will host The Netflix Afterparty, a first-of-its-kind weekly comedy after-show, alongside Fortune Feimster and David Spade. Produced by Spade and Free 90 Media, each episode will be dedicated to interviews, pop culture discussions, and comedy sketches focused on Netflix’s latest and buzziest titles.

Earlier this year, London was awarded the Royal Television Society Award for 'Best Entertainment Performance' for her impressive work on ITV2’s hip-hop comedy quiz show Don’t Hate The Playaz, and in 2009 London received the prestigious 'Funny Women Award' at the London Comedy Store.

A talented actor, London has appeared in the BBC/Amazon award-winning and critically acclaimed series Fleabag, as well as The Stand-Up Sketch Show on ITV2. London also created, wrote and starred in her own YouTube comedy series, No Filter, which featured some of London’s brightest new talent.  In addition, she has hosted Channel 5’s Extreme Hair Wars and appeared on BBC2’s satirical panel show Mock the Week. Her dating podcast London, Actually is available now on Spotify.

Originally from Croydon, South London, she is currently based in Los Angeles. 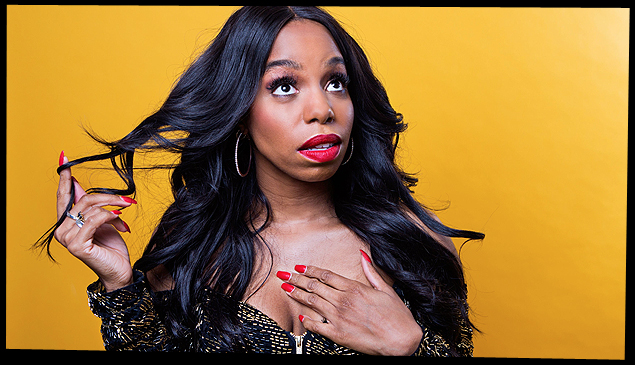 LONDON HUGHES: TO CATCH A D*CK WILL PREMIERE GLOBALLY ON DECEMBER 22 2020

About HartBeat Productions
Founded by Kevin Hart, Hartbeat Productions is multi-platform production company creating unique content for worldwide audiences. With a focus in Feature Films, Television and Digital Content, Hartbeat aims to provide content from culturally diverse storytellers that resonate on a global scale. Hartbeat currently has a First-Look deal with Universal Studios to produce Feature Films.  Their first production together, Night School, had the highest grossing opening weekend for a comedy in 2018.  Other projects include “Dave,” which was FXX’s most watched comedy ever and has been picked up for second season, "The Next Level" and "Hart of the City" on Comedy Central, Netflix stand-up specials: “Zero F**ks Given” from Kevin Hart and “Catch a D**k” from London Hughes and “Celebrity Game Face” on E!, which will be returning with more episodes on December 1, 2020.  Hartbeat currently has numerous Film and Television projects in various stages of development.

About Netflix
Netflix is the world's leading streaming entertainment service with over 195 million paid memberships in over 190 countries enjoying TV series, documentaries and feature films across a wide variety of genres and languages. Members can watch as much as they want, anytime, anywhere, on any internet-connected screen. Members can play, pause and resume watching, all without commercials or commitments.