To celebrate the launch of Shadow & Bone on Friday 23rd April, Netflix UK gathered the cast of the hit series together for a reunion in London, but little did they know that ‘The Fold’ was about to be unleashed around them...

Jessie Mei Li, Amita Suman, Freddy Carter, Archie Renaux and Danielle Galligan met in person (and Kit Young via video) to film a cast Q&A, completely unaware that ‘The Fold’ was going to surround them via a huge, immersive projection and soundscape on Museum Lane in London.

Emanating from the road and climbing to the roofs of the nearby buildings, the mystery Fold projection included flying images of the Volcra, lightning and a terrifying soundtrack.

You can see the reactions in the behind the scenes video here! 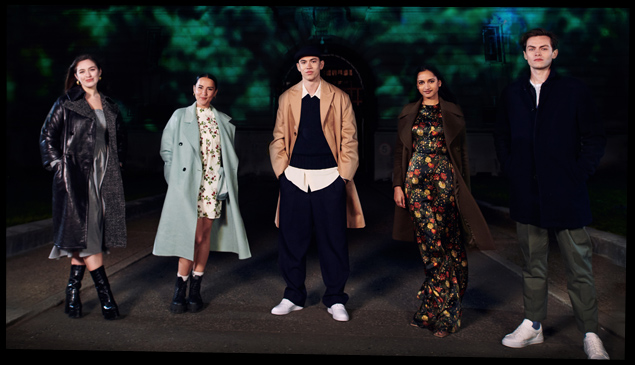 About Shadow & Bone
Shadow & Bone launched last week on Netflix and is based on Leigh Bardugo's worldwide bestselling Grishaverse novels. Shadow and Bone finds us in a war-torn world where lowly soldier and orphan Alina Starkov has just unleashed an extraordinary power that could be the key to setting her country free.

With the monstrous threat of the Shadow Fold looming, Alina is torn from everything she knows to train as part of an elite army of magical soldiers known as Grisha. But as she struggles to hone her power, she finds that allies and enemies can be one and the same and that nothing in this lavish world is what it seems. There are dangerous forces at play, including a crew of charismatic criminals, and it will take more than magic to survive.