Samuel Goldwyn Films and Roadside Attractions are delighted to announce that they will release Fiddler: A Miracle of Miracles - the first in-depth documentary film that chronicles the story of the iconic, award-winning 1964 musical ‘Fiddler On The Roof', its creation and significance, in UK cinemas from 13th December 2019. 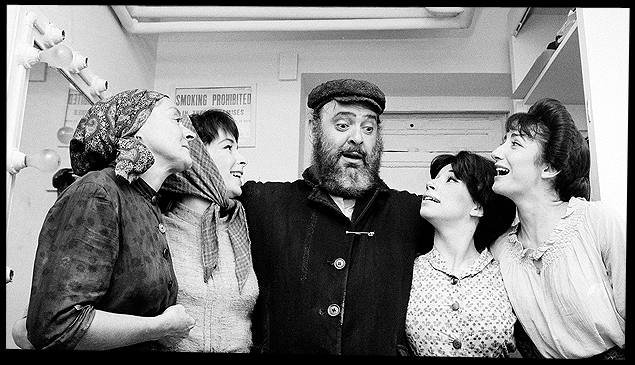 Fiddler On The Roof is the story of all immigrants and refugees trying to escape persecution in their homeland, of the Jewish immigrant coming to America, of the fraying of tradition, generational tension, and the loss of roots. It is a universal tale of fathers and daughters, mothers and sons trying to maintain some order in their lives amidst the rapid changes that every generation must forge. It is a spectacle that is at once awe-inspiring and accessible, a cultural landmark like no other. And more than ever, it is relevant to today. And yet, the story of how this treasure came to be and the significance it has had on our culture has never been told on film.

Opening in 1964, Fiddler on the Roof held the record for the longest running musical for almost 10 years, won nine Tony Awards, and spawned five Broadway revivals. The show is still performed more than any other show, from middle schools in inner cities to high schools in rural America, around the world from grand state theatres in Japan and Vienna to Johannesburg and Mexico City. It was the first major musical on the American stage to feature not one American character, telling of the trials and tribulations of a venerated Jewish milkman trying to eke out a living in a small Jewish shtetl in Czarist Russia.

Rather than use a narrator, the story is told primarily through a tapestry of interviews. One of the great assets of Fiddler: A Miracle of Miracles is Sheldon Harnick, the lyricist of Fiddler on the Roof, who is still vibrant and working at 95 years of age. “In fact, it is Sheldon who was the impetus for us to make the film,” says producer Valerie Thomas. “We saw him speak in lower Manhattan, listened to him tell some of the many stories of how Fiddler was created, and we knew not only was the subject a rich and fascinating foundation for a film, but that Sheldon was the perfect guide.”

FIDDLER: A MIRACLE OF MIRACLES is released in UK Cinemas from December 13