Nickelodeon are launching a new immersive event featuring all their greatest characters and shows, putting kids at the heart of the story.

Nickelodeon, in conjunction with Broadwick Live and media partner Heart are delighted to announce that Nickelodeon Big Base Camp is coming to London summer 2019.

Nickelodeon Big Base Camp is a place where kids rule and where their favourite shows come to life. They can become superheroes in shows like The Thundermans, solve mysteries with popular live action drama Hunter Street and have the chance to earn Nickelodeon’s ultimate badge of honour – a sliming!

Nickelodeon Big Base Camp, where kids can let their imagination run wild in the most awesome, fun, playful place – and most importantly - where they are the true stars of the show. 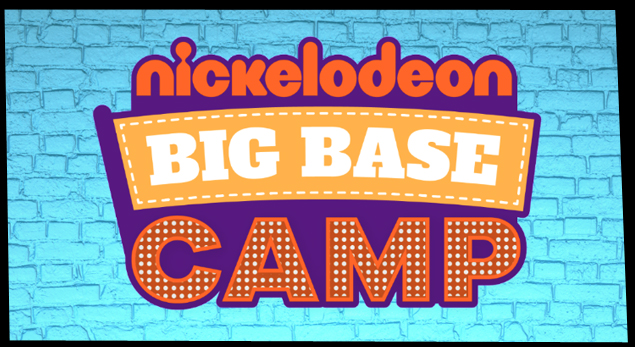 About Nickelodeon
The home of SpongeBob SquarePants, Teenage Mutant Ninja Turtles, PAW Patrol and Nella the Princess Knight, Nickelodeon UK & Ireland Network is available in over 13 million cable and satellite homes and now reaches more than 10 million viewers a month. Launched in 1993, the top-performing Nickelodeon network comprises seven dedicated entertainment channels for kids aged 4-15 and their families: Nickelodeon, Nickelodeon HD, Nickelodeon +1, Nicktoons, Nick Jr., Nick Jr. +1 and Nick Jr. Too. The entertainment company has built a diverse multi-platform business by putting kids first in everything it does – Kids Rule! Content is at the core of the business with critically-acclaimed and hugely-popular television programming from the UK and around the world. In addition to the quality television programmes, Nickelodeon also produces bespoke content available online and on Nick Play, as well as consumer product and recreation opportunities such as the UK’s first-ever Nick theme park, Nickelodeon Land and the slimiest music festival for kids, SLIMEFEST UK.

About Broadwick Live
Broadwick Live is a global events business and rights owner behind a growing number of award-winning festivals and events including Snowbombing, Lost Village, Hideout, Truck and Field Day. Broadwick Live’s new venues division has been led by the development of Printworks London, crowned 'Best New Venue' by Mixmag in 2017 and more recently 'Best Club' in the 2018 Time Out Love Awards.

About Heart
Heart is the most popular commercial radio brand in the UK with 9.7 million listeners tuning in every week. Heart is the home of feel good music playing artists like Ed Sheeran, P!nk, Justin Timberlake and Bruno Mars. Heart presenters include Jamie Theakston and Emma Bunton, Rochelle Humes, Stephen Mulhern and Emma Willis, Ellie Taylor and Anna Whitehouse, Annaliese Dayes, Lilah Parsons, Sian Welby and Jenni Falconer. Heart extra and Heart 80s broadcast to listeners across the UK on Digital One (D1). Heart is owned by Global. Heart is available on 96-107 FM, DAB digital radio and at heart.co.uk, on the Heart app and the Global Player. Source: RAJAR / Ipsos-MORI / RSMB, period ending September 16th 2018.