THE PRINCE OF EGYPT, the “huge popular hit” (LBC) based on the classic DreamWorks Animation film, returned triumphantly to London’s Dominion Theatre on Thursday 1 July 2021, with standing ovations and an extended 14-minute curtain call greeting the 154 people who comprise the shows onstage and backstage cast, orchestra, company and crew.

“Brought to life in truly epic fashion” (Daily Mirror), the Grammy® Award nominated smash hit is one of the biggest stage musicals ever produced, and is now booking until Saturday 8 January 2022.

The Dominion Theatre Box Office opens daily on performance days at 12 noon and tickets are available now for all performances. 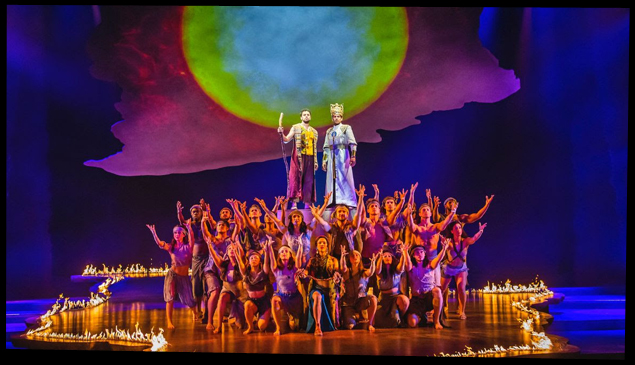 SYNOPSIS
Journey through the wonders of Ancient Egypt as two young men, raised together as brothers in a kingdom of privilege, find themselves suddenly divided by a secret past. One must rule as Pharaoh, the other must rise up and free his true people; both face a destiny that will change history forever.

“This lavish stage adaptation” (The Guardian) of the classic DreamWorks Animation film features a cast and orchestra of more than 60 artists and Stephen Schwartz’s acclaimed score includes his Academy Award®-winning song When You Believe, which was a global hit for Whitney Houston and Mariah Carey, and the “spine-tingling” (Time Out) Deliver Us.