The film ‘Anti Corona Virus’, now available on Vimeo On Demand and the film's website, was filmed in Arizona during the pandemic. Filmed over just seven days, it features a small cast and crew, and followed strict Covid-19 guidelines during production.

‘Anti Corona Virus’ is director Mitesh Kumar Patel’s third feature film. It is an emotional drama about Covid-19 survivor Bruce and his family, who struggle to get their lives back on track during the pandemic. After Bruce and Laura Gunther return from their anniversary trip to Italy, Bruce realises he has brought coronavirus to the ones he cares about most – his own family. Bruce must come to terms with his actions before they consume him and his family. 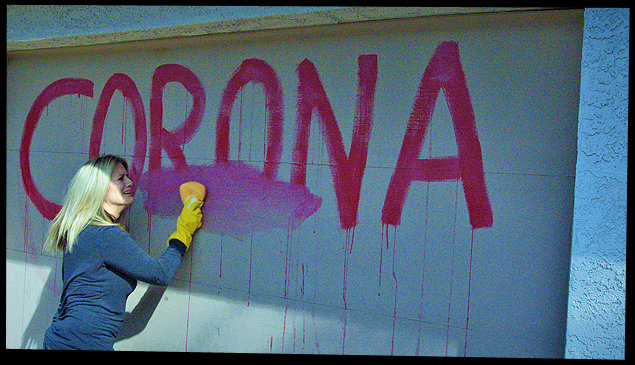 The production team consisted of 11 cast and crew members, who completed the movie in just seven days while following the Centers for Disease Control and Prevention’s sanitation guidelines. Keith Lopez stars as Bruce; other cast members include Tina Marie Nigro, John Carr and Courtney Asher.

Indian-American filmmaker Patel came up with the story himself and decided to make the movie with his production company Applied Art Productions in order to bring some hope to the world. He felt it was important to tell a faith-based story, since he believed everyone needed uplifting viewing in these challenging times. He said “As a filmmaker, it is my job to tell this story and bring a positive message to all.”

Many film productions were forced to pause during the pandemic, so the team felt lucky to be able to make their movie in the nick of time before lockdown. Patel knew they had to make this film as quickly as possible before the situation got worse and there were more coronavirus infections in the USA. Just after the production was completed, Arizona’s governor announced a Shelter in Place order.

The cast and crew were fastidious about hygiene during the shoot. All equipment was cleaned with disinfectant and social distancing was practiced at all times. The main challenge the director faced was the lack of the time, since they didn't have a few months to write the screenplay but only a few days. The screenwriter worked constantly and intensively; as soon as he completed the pages, they would shoot the next day. The actors received their lines just hours before each shoot.

Mitesh Kumar Patel graduated with a Masters in Fine Arts (Applied Arts) before starting an advertising and design business. The Arizona-based company then branched out into production, distribution and VFX. It now produces feature and documentary films, including horror film ‘The Man in the Maze’, which debuted in India before coming to the United States, and received 12 awards from film festivals and theatrical distributors. The company then produced the action drama and horror movie ‘Neron’ and is now in production for the thriller ‘House Of Quarantine’ and is planning to make fantasy drama ‘Instant Karma’.