The Oscar-winning costume designer will receive the Dilys Powell Award for Excellence in Film at the UK film critics' special 40th anniversary ceremony on 30th January.

The UK's leading film critics today announced that Sandy Powell will receive their top honour, the Dilys Powell Award for Excellence in Film, at the 40th London Critics' Circle Film Awards presented by Pearl Pictures Productions on 30th January at the May Fair Hotel.

In response, Powell said "I am honoured and thrilled to be the first costume designer to be a recipient of this prestigious award!"

The London-born Sandy Powell OBE was most recently nominated for the Critics' Circle Film Awards for her costumes in the 2015 film Cinderella. She began her career working with Derek Jarman on Caravaggio (1986), had her breakthrough with Sally Potter's Orlando (1992), and has gone on to win Oscars for Shakespeare in Love (1999), The Aviator (2005) and The Young Victoria (2010), as well as Baftas for Velvet Goldmine (1999), The Young Victoria and last year's The Favourite.

Known for her boldness and attention to detail, Sandy Powell is a regular collaborator with filmmakers including Martin Scorsese, Todd Haynes, Neil Jordan and Julie Taymor. This past year, Powell's costumes for Scorsese's The Irishman have been acclaimed for helping pinpoint some 200 characters across a narrative that spans five decades, including more than 100 costume changes for Robert De Niro alone. She has recently completed work on Taymor's The Glorias, an ambitious biopic about Gloria Steinem starring Julianne Moore, Alicia Vikander and Bette Midler. 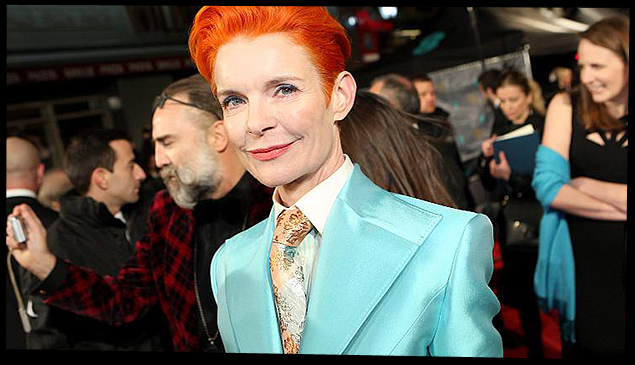 As this year marks the awards' 40th anniversary, the critics will give out multiple special honours at their gala ceremony, in addition to the regular line-up of awards in various international and British/Irish categories. A full list of nominations and special awards will be announced on 17th December at The May Fair Hotel by British actors Jenn Murray and John Dagleish.

The 40th London Critics' Circle Film Awards presented by Pearl Pictures Productions will be held on Thursday 30th January at the May Fair Hotel, part of the Edwardian Hotels London group.

The red carpet event is also sponsored by the May Fair Hotel and Rémy Martin.

The Dilys Powell Award for Excellence in Film:

About The Critics' Circle
Established in 1913, the Critics' Circle is the oldest organisation of its kind in the world, with more than 400 members who work in the UK media as critics of art and architecture, books, dance, drama, film, and music. Chaired by critic and broadcaster Anna Smith, the Film Section membership is made up of more than 145 UK film critics, broadcasters and writers, including the BBC's Mark Kermode, The Guardian's Peter Bradshaw, The Evening Standard's Charlotte O'Sullivan and Metro's Larushka Ivan-Zadeh, and has presented its awards annually since 1980.

About Pearl Pictures Productions
Founded by American-born producer Zachary Weckstein and based in The Netherlands, Pearl Pictures Productions combines European and American approaches to filmmaking. With a desire to make films happen, the group's motto is "nothing is impossible", which is echoed in their specific style and expertise in putting a project together. Weckstein completed his  master's with honours at London Film School, and has produced short films in various genres.

His first feature, The Host, is released globally by Vertical Entertainment on 17th January.

About Edwardian Hotels London
Edwardian Hotels London is one of the UK’s largest privately owned hotel groups, which has been operating and developing its portfolio of five and four star luxury hotels since Jasminder Singh OBE began his career in the hospitality industry in 1977. Edwardian Hotels London owns and operates The May Fair, The Edwardian Manchester, both part of premium lifestyle brand Radisson Collection, 10 Radisson Blu Edwardian hotels across London and a range of luxury restaurant and bar brands, including the award-winning Kitchen concept restaurants: May Fair Kitchen, Bloomsbury Street Kitchen, Peter Street Kitchen, Leicester Square Kitchen, Monmouth Kitchen and May Fair Bar. Edwardian Hotels London is currently engaged in its latest project, The Londoner. Set to open in June 2020, the first super boutique hotel in London’s Leicester Square will incorporate a luxury lifestyle hotel, six concept eateries, bars, spa and private screening rooms. It is a member of Preferred Hotels & Resorts’ prestigious Legend Collection.