The Royal Society of Literature (RSL), the voice for the value of literature in the UK, has today announced Pete Paphides as the winner of the 2021 RSL Christopher Bland Prize for Broken Greek (Quercus Non-Fiction), an extraordinary, moving and funny coming-of-age memoir about identity, chip shops and pop songs. The Prize is an annual award of £10,000 celebrating outstanding achievements for a debut novelist or non-fiction writer first published aged 50 or over.

Pete Paphides said "When I finished work on Broken Greek, I didn’t even know if it would find a publisher. So, to have even been shortisted for the RSL Christopher Bland Prize, was way beyond my wildest expectations. Looking at the list of nominees, I didn’t imagine I was in with a shot of winning. I don’t know if Rosanna, Richard, Michael, Louise and Marina feel this way too, but when you write your first book relatively late in life, you feel like someone will correct you if you have the temerity to describe yourself as an author. One of the many beautiful things about this prize is that it will undoubtedly embolden older writers plotting a course through their first book. And I’m grateful and touched beyond measure to be a small part of its story." 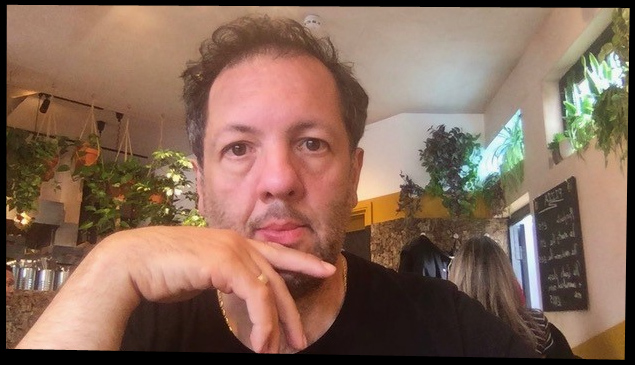 Mary Beard said "Broken Greek is an original, wry and radical memoir, tracing Paphides's life against the music that formed its backing track, from ABBA to Dexys Midnight Runners. It takes the reader to the complicated heart of popular music and its paradoxes -- it's a book about sound that starts from the silence of Paphides himself, who as a child refused to speak for almost four years."

Monica Ali said "This is a big-hearted memoir about the immigrant experience, and a coming-of-age story that uniquely captures the impact of music on our young hearts and minds. It’s tender and intimate and laugh-out-loud funny."

Georgia Byng said "A feat of a book that is not only very, very funny but that also has an original and observant take on how children are parented by music and pop culture, with Paphides’ own boy’s-eye view of his childhood brilliantly remembered and very humorously and touchingly told. The judges all absolutely loved it."

Pete Paphides started his career in music journalism at Melody Maker before going on to write  for Time Out, the Guardian, Mojo, Q, Observer Music Monthly and The Times, where he spent  five years as their Chief Rock Critic. He has made several music documentaries for BBC Radio  4, including Lost Albums, Follow-Up Albums and the New York Festival Gold Radio Award winning The Songs of Molly Drake. He has been a regular contributor to BBC Four music  documentaries and he also made a pilot for BBC 6 Music show Vinyl Revival which was later commissioned for two series. Since 2015, he has hosted a weekly music show for Soho Radio. He  is married to the writer and journalist Caitlin Moran. Broken Greek is his first book.

Raynor Winn won the Prize in its inaugural year for The Salt Path and last year’s winner was Michele Kirsch with her memoir Clean.

The RSL Christopher Bland Prize is one of nine annual awards and prizes presented by the RSL which bring the widest possible community of writers and readers together in celebration of the breadth of UK literature. From debut works and unpublished short stories through to the notoriously challenging second novel and outstanding contributions to literature, the RSL’s awards and prizes celebrate the value of the written word in all its forms, whilst supporting emerging and established writers at some of the most challenging moments of their careers. The RSL’s other annual awards and prizes are: Sky Arts RSL Writers Awards, RSL International Writers awards, RSL Ondaatje Prize, Encore Award, RSL Giles St Aubyn Awards for Non-Fiction, RSL Literature Matters Awards, the V.S. Pritchett Short Story Prize and The Benson Medal.

About The Royal Society of Literature (RSL)
Founded in 1820, the RSL acts as a voice for the value of literature, honouring and supporting emerging and established writers whilst creating a bridge between authors and audiences to engage as many people as possible with the breadth of UK literature.

The Encore Award is an annual award of £10,000 for best second novel of the year and each of the other four books on the shortlist are awarded £500.

The shortlist for the 2021 RSL Christopher Bland Prize also  included: