Independent cinema Pop Up Screens is back, this time taking over Peckham's popular Bussey Building with a season of exciting and immersive events, starting with the spooky Forbidden Forest Cinema.

Kicking off the schedule of events will be The Forbidden Forest Cinema, a collection of immersive fright night Halloween screenings.

Visitors must brave their way through an indoor forbidden forest before discovering an eerie woodland cinema, the perfect setting for their favourite film.

Films include Halloween horror favourites like: A Nightmare on Elm Street, Beetlejuice and The Blair Witch Project as well as recent rippers like The Invisible Man, Hereditary and Us for visitors to get their teeth stuck in to.

It’s not all scares though as the Pop up Screens team will be serving some serious nostalgia in the form of The Labyrinth, The Lost Boys and Ghost Busters in the eerie woodland cinema. 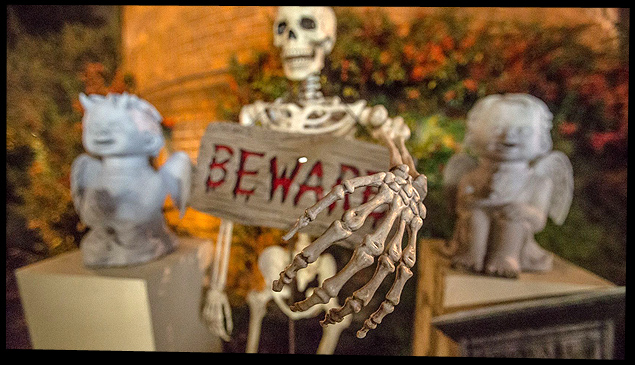 Half term screenings of Wallace and Gromit: Curse of the Were-Rabbit, Onward, Moana, Minions and Toy Story 4 will also be part of the schedule, coupled with a family friendly magical adventure through the mysterious forest.

Adult tickets will be priced from £19.50 (incl. all fees), with concessions for family tickets and half term screenings. A limited amount of VIP tickets will also be made available at £25.00 (incl. all fees, premium seats, and a drink).
Other announced events that will follow later in the year include Peckham Comedy Festival (12 November - 15 November) and the return of Cinema in the Snow (20 November - 20 December 2020).

Tickets can be booked from Pop Up Screens.

About Pop Up Screens
Pop Up Screens is an independent pop-up cinema bringing extraordinary cinematic experiences to London.
Known for our relaxed atmosphere and friendly vibe, we’ve been producing events for movie lovers since 2011.
During the summer months we show epic outdoor movies in unique and interesting locations around the nation’s capital. While in the winter months we create exciting and immersive indoor screenings, like our popular ‘Cinema in the Snow’ experience.
This October 2020, we’re popping up in Peckham to launch a series of events in south London – including our very first comedy festival, Peckham Comedy Festival.
Pop Up Peckham Event Schedule
The Forbidden Forest Cinema- Halloween Movie Screenings
23 October - 15 November 2020 | Unit 8, Peckham Bussey Building

Venture into the Forbidden Forest for a night(mare) to remember! Get ready for immersive fright-night films at this fiendishly good pop up cinema.

Missed Edinburgh Festival this year? Join some of the UKs most well-known and beloved comedians at the first ever Peckham Comedy Festival.

Dreaming of a white Christmas? Join us for 'Cinema in the Snow' - a stunning cinematic Christmas experience set in a magical snow-filled wonderland.

Thursday 05 November
11am – Where the Wild Things Are (parent and baby screening)
7:30pm Ghostbusters