Terayle Hill Upped to Series Regular in His Returning Role

From Creator and Executive Producer Holly Sorensen, “Step Up”

Began Filming in Atlanta this Month

Starz announced today that Rebbi Rosie, whose credits include dancing with the likes of Beyonce, Pharrell, J. Lo and Nicki Minaj, has joined its re-imagined “Step Up” series along with new series regular cast members Keiynan Lonsdale (“The Flash,” Love, Simon) and STARZ’s “Power” alum Enrique Murciano (“Bloodline,” Black Hawk Down). Additionally, returning favorite Terayle Hill (“Cobra Kai,” Judas and the Black Messiah) has been upped to series regular. “Step Up” is produced for Starz by Lionsgate Television. The first two seasons of the hit series will be available on the 28th of March on Starzplay.

Inspired by the Step Up Lionsgate film franchise that grossed over $600 million at the worldwide box office, the series centers on Sage Odom (Ne-Yo) as the legendary founder of Atlanta’s famed High Water Performing Art School. Collette is the Queen of High Water, and Sage Odom’s partner in art, business, and love. Collette built and nurtured Sage’s visionary academy from the ground up. Grinding her way to the top with grit and resourcefulness, Collette earned a new role, manager of Sage Odom and his tour, all this while hiding a dark secret. As this secret comes crashing down on Sage, High Water, and the tour, Collette is tempted by an opportunity to step out of her role as the woman behind the man, to become the powerful woman in front of the man. 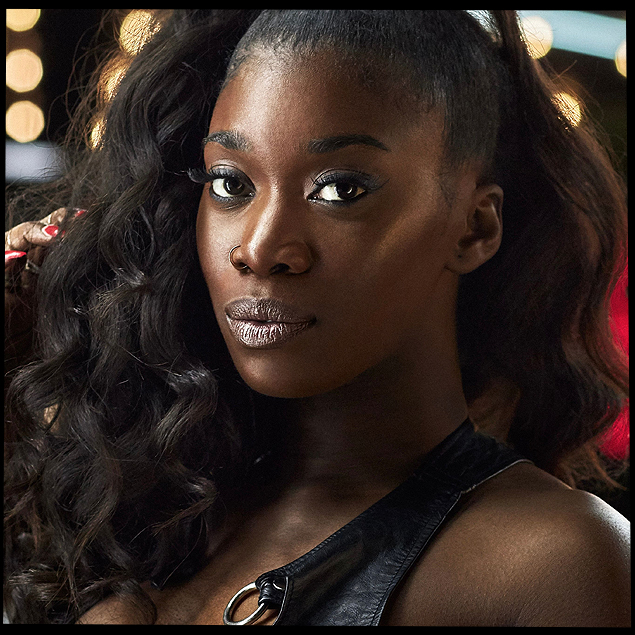 Rebbi Rosie plays “Angel,” who has descended into the world of High Water with an air of mystery and a backpack full of cash. She’s running from the place she calls home, the seedy underworld of London’s organised crime families. Now, Angel has come to the one place in the world where she can make her dreams a reality, High Water. Battle ready and street wise, Angel is ready to take on High Water and prove that she belongs amongst the best dancers in the world, all while breaking the hearts of these American guys and gals hopelessly entranced by her mix of raw swagger and British charm.

Keiynan Lonsdale plays “Tal,” in a re-cast role originally played by Petrice Jones. Once an outcast from Ohio, taken from his mother and dropped in the tough streets of Atlanta. Tal faced persecution for his eccentricities, his sexuality, and his  refusal to submit to the expectations of others. Dancing his way into High Water, literally, beaten and bloodied, Tal became the pride of Sage Odom’s elite dance crew. Now, the lead dancer for Sage’s massive tour, Tal must continue to be the most crucial piece in a support system that carries his friends, his family, and a billion-dollar tour. He is lean, graceful, and courageous, just like his nickname: the greyhound.

Enrique Murciano plays “Cruz,” a man hoping to carve his face into the Mount Rushmore of high profile, celebrity lawyers and who will do whatever it takes to claw his way to the primetime status of Cochran, Dershowitz, and Geragos, finally joining the pantheon of litigation gods. The case that will get him there, Sage Odom’s murder accusation. As Cruz fights through the intrigue and conspiracy to save Sage’s life and career, he can’t help but think to the future, imagining himself sauntering down a red carpet like an urban cowboy in his sharply tailored Dries Van Noten.

The series is inspired by the Lionsgate franchise spanning five films: Step Up, Step Up 2: The Streets, Step Up: 3D, Step Up: Revolution and Step Up: All In. The film series also inspired the live music and dance show “Step Up Dubai, All In!” at MOTIONGATE Dubai theme park. The first two hit seasons, which earned a passionate and devoted fan following on the YouTube platform, will be available exclusively on the STARZ App and On Demand prior to the launch of the new season.

About Starz
Starz, a Lionsgate company (NYSE: LGF.A, LGF.B), is the global media company taking the lead in streaming premium content that spotlights a spectrum of women both in front of and behind the camera for audiences worldwide. Starz is home to the flagship domestic STARZ® service, including STARZ ENCORE, 17 premium pay TV channels and the associated on-demand and online services, as well as the proprietary and highly-rated STARZ app. In 2018, Starz launched its Starzplay international premium streaming platform and, coupled with its Starz Play Arabia venture, has since expanded its global footprint into 50 countries throughout Europe, Latin America, Canada, Japan and India. The essential complement to any subscription platform, STARZ and Starzplay are available across digital OTT platforms and multichannel video distributors, including cable operators, satellite television providers, and telecommunications companies around the world. Starz offers subscribers more than 7,500 distinct premium television episodes and feature films, including STARZ Original series, first-run movies and other popular programming.

About Starzplay
Starz continues to grow its global footprint with its ongoing expansion of the Starzplay international premium streaming platform. Starzplay’s rapid expansion into 55 countries since its launch in May of 2018 is driven by its ability to provide subscribers access to the “best in global SVOD.” The content offering is comprised of the entire catalog of STARZ premium content, with upcoming STARZ Originals airing exclusively on Starzplay day-and-date with the US, exclusive award-winning and critically acclaimed first-run series and a vast library of blockbuster feature films. Starzplay is available through its direct-to-consumer app in 13 countries and on global digital broadcast services, multi-channel video distributors, telecommunications companies and other online and digital platforms across its footprint spanning across Canada, Europe, India, Japan and Latin America.