Produced by Sagafilm, principle photography for Season Two starts on location in Iceland

Based on the best-selling crime novels of the same name, Stella Blómkvist (Season 2: 3×90’ / 6×45’) is directed by Óskar Thór Axelsson (Trapped, Black’s Game) and Thora Hilmarsdóttir (The Valhalla Murders) and stars Heida Reed (Poldark) as a quick-witted lawyer. Smart and ruthless, with a dark past, a fluid sexuality and a taste for whiskey and easy money, Stella takes on cases that always lead to danger; and the only thing she likes about rules is breaking them, or using them to break her opponents.

Stella Blómkvist is produced by acclaimed Icelandic producer Sagafilm with support from the Icelandic Film Centre, the Ministry of Industries and Innovation and distributed by Lumière in the Benelux. 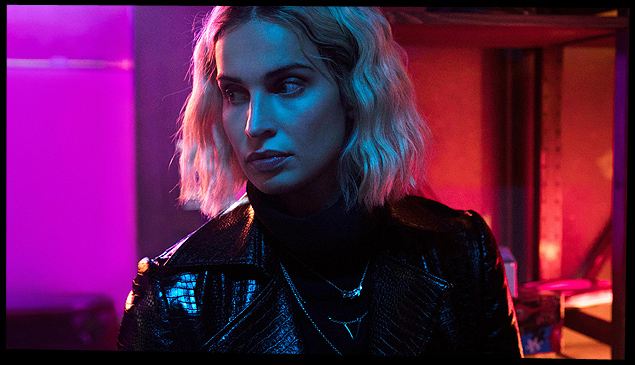 Tim Gerhartz, SVP Global Sales at Red Arrow Studios International, said “The first season of Stella Blómkvist introduced the world to its irresistible lead character – part femme-fatale, part hardboiled detective – who plays by her own rules at all costs, and looks at the Noir genre through a new lens. We are delighted to be partnering with Sagafilm, NENT Group and Síminn TV to offer global audiences more of this original and stylishly executed show.”

Kjartan Thor Thordarson, Executive Producer at Sagafilm, added “We’re thrilled to be able to bring Stella Blómkvist’s global following a second installation of this unique neo noir series. Stella paved the way for a new kind of Nordic TV hero, we will continue in this season to break the mould of traditional Scandinavian television. There will be plenty of surprises in the second season and I’m looking forward to hearing the response from the show’s well established fanbase.”

Filippa Wallestam, NENT Group Chief Content Officer, said “Stella means ‘star’ and this edgy and unconventional show is one of the brightest lights in Icelandic drama today. Investing in unique local storytelling is a priority for NENT Group in every market. Viaplay has reshaped Iceland’s streaming landscape since launching this spring and we’re just getting started.”

Pálmi Guðmundsson, EVP Programming at Síminn, adds “We are delighted to bring Stella Blómkvist back for a second season. Stella was our first venture into drama back in 2017 and it’s still the most watched series on our platform. Síminn is fully committed to local drama and we continue to grow our investment in original content serving our ever growing customer base.”

Set two years after the events in the Ministry that changed the political landscape of Iceland, Season Two of Stella Blómkvist finds our eponymous character back to her old tricks – defending criminals and hustling her way through the court system. Meanwhile, Stella’s ex-lover/current Prime Minister Dagbjört is causing massive social upheaval with her war chest full of money from China. This is a changed world, and not to everyone’s liking. But when a series of new cases demand Stella’s attention, she will have her wits, her sense of justice, and even her belief in herself, truly tested. And of course – there will be diabolical murders to solve.

Sjónvarp Símans Premium SVOD service has enjoyed immense success and Síminn offers diverse content for all ages through great partnerships with e.g. Disney, CBS, Showtime, NBC and Paramount along with local Icelandic content which has helped the service thrive.

About NENT Group
Nordic Entertainment Group AB (publ) (NENT Group) is the Nordic region's leading entertainment provider. We entertain millions of people every day with our streaming services, TV channels and radio stations, and our production companies create content that is experienced around the world. We make life more entertaining by telling stories, touching lives and expanding worlds – from live sports, movies and series to music and original shows. Headquartered in Stockholm, NENT Group is listed on Nasdaq Stockholm (‘NENT A’ and ‘NENT B’).