Red Arrow Studios International has secured a deal with Australian public broadcaster SBS Television for a package of premium scripted titles including Departure, Vienna Blood, Stella Blómkvist and Dignity. The series will broadcast on SBS and stream on SBS On Demand.

Tim Gerhartz, SVP Global Sales at Red Arrow Studios International, said “We’re thrilled SBS has picked up this curated selection of premium drama series, which each have a track record of international success. From the high-octane thriller Departure, to the gripping storylines of Vienna Blood and the captivating and original non-English language dramas Stella Blómkvist and Dignity, we’re confident this array of titles will be thoroughly enjoyed by SBS’s audience.”

Peter Andrews, SBS’s Head of Programming, said “SBS is known for its unique ability to handpick and curate the best programs from around the world for Australian audiences to enjoy. We’re excited to be bringing this collection of compelling stories showcasing some of the most distinctive drama productions from around the world, to local audiences.” 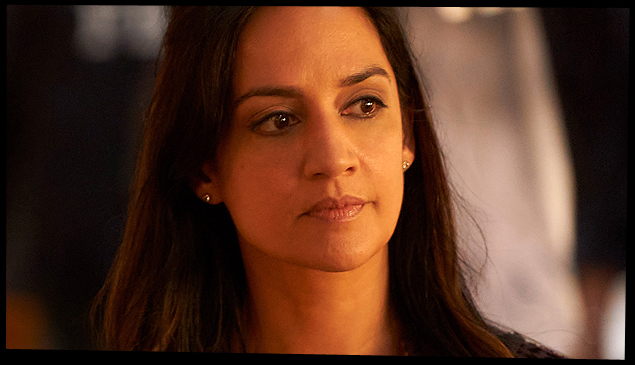 SBS has picked up Seasons One (6 x 45’) and Two (6 x 45’) of the event series Departure, a Canada/Ireland co-production produced by Shaftesbury (Canada) and Deadpan Pictures (Ireland), in association with Corus Entertainment, Starlings Television and Red Arrow Studios International. Season Two of Departure is set to be delivered in 2021 and focuses on the tragic crash of a high-speed automated train – the Apollo – travelling from Toronto to Chicago. Archie Panjabi (The Good Wife) and Christopher Plummer (Knives Out) will return to the second season, which will be launched by Red Arrow Studios International at MIPTV 2021.

The package also includes both seasons (6 x 90’ or 12 x 45’) of thrilling period crime drama Vienna Blood, set in 1900s Vienna and based on the best-selling novels by Frank Tallis. Produced by award-winning production company Endor Productions, a Red Arrow Studios company, and MR Film in Austria for ORF (Austria) and ZDF (Germany), with the assistance of Televisionfund Austria, TV-Filmfund Vienna and Niederoesterreich Kultur, the series follows brilliant young English doctor Max Liebermann (Matthew Beard), and Detective Inspector Oskar Rheinhardt (Juergen Maurer) as they investigate a series of unusual and disturbing murders. Season Two of Vienna Blood will deliver in 2021 and has also been pre-sold to BBC (UK) and PBS (US).

SBS has taken the first season of Stella Blómkvist (6 x 45’ or 3 x 90’), produced by Sagafilm for Síminn (Iceland) and Viaplay (Sweden) with support from the Icelandic Film Centre, the Ministry of Industries and Innovation and MEDIA, Creative Europe. Based on the best-selling crime novels of the same name, in this stylish neo-noir crime drama Heida Reed (Poldark) stars as a quick-witted lawyer. Smart and ruthless, with a dark past, a fluid sexuality and a taste for whiskey and easy money, Stella takes on cases that always lead to danger; and the only thing she likes about rules is breaking them or using them to break her opponents. Season Two of Stella Blómkvist is also in production, for delivery in 2021.

Dignity (8 x 52') is produced by Invercine & Wood and Story House Productions for Joyn (Germany) and MEGA (Chile), in co-production with Chilean television fund CNTV and MEGA. The haunting thriller centres on a mysterious Germanic cult called ‘Colonia Dignidad’, established by a former Nazi soldier in Chile, and the quest by a young federal prosecutor to bring him to justice. Based on real events, the series was shot on location at the cult’s former enclave in southern Chile. 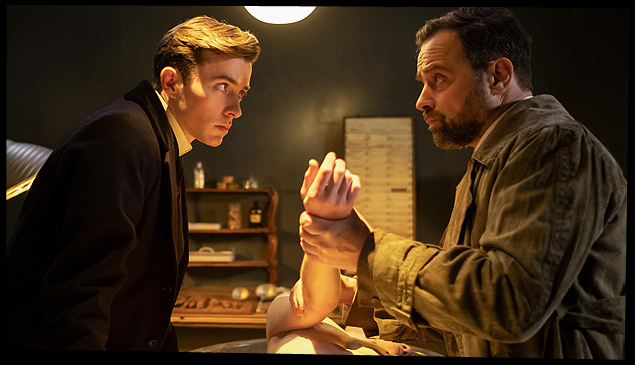 About SBS
As Australia’s most distinctive broadcaster, SBS holds a unique place in the Australian media landscape, inspiring all Australians to explore, respect and celebrate our diverse world and in doing so, contributes to an inclusive and cohesive society. Today, SBS is a multiplatform media organisation with a free-to-air TV portfolio spanning five distinctive channels in SBS, National Indigenous Television (NITV), SBS VICELAND, SBS Food and SBS World Movies; an extensive radio and audio content network providing more than 60 communities with services in their own language; and an innovative digital offering, including streaming destination SBS On Demand, available to audiences anytime and anywhere.