Originally created by Nippon TV and Red Arrow Studios, RTVE Spain has commissioned a domestic adaptation of the show which will be produced by Gestmusic (an Endemol Shine Iberia company) and will air on its La 1 channel in 2020.

Additionally, AVROTROS has commissioned the format for The Netherlands, to be produced by TIN CAN

Red Arrow Studios International has secured a pair of commissions in Europe for BLOCK OUT, which will see local versions of the addictive gameshow format produced in Spain and The Netherlands.

BLOCK OUT made its debut in Thailand, where it proved to be a ratings winner for Channel 7. It’s also been sold to VTV in Vietnam and to PT Cakrawala Andalas Televisi in Indonesia to air on ANTV.

Tim Gerhartz, SVP, Global Sales at Red Arrow Studios International, said “Light-hearted, feel-good entertainment shows which bring the whole family together have never been more important. With its fun combination of physical games and trivia, BLOCK OUT has all the components needed to entertain a broad family audience. We look forward to viewers enjoying the new local adaptations on TVE and AVROTROS this year.” 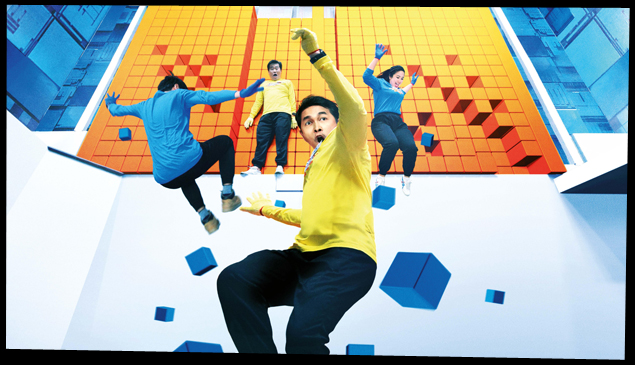 In this fun format, two teams of four players – each with their backs literally against a wall – battle it out in a variety of physical games, combining trivia, strategy, and chance.

The teams’ identical walls comprise more than 100 giant blocks. During a number of nail-biting rounds, wrong answers and bad judgments see blocks push out in a variety of combinations and speeds, forcing contestants into crazy positions to try and avoid being knocked into the pit below.

The final sees both teams stand side-by-side on their ledges, but the leading team’s ledge is bigger. Incorrect answers make virtually the entire wall creep forward, pushing contestants to the edge – and eventually over it! As soon as one team has disappeared, the other is declared the winner and takes the big cash prize!