Mark Jenkin’s directorial feature debut Bait, centres around modern-day Cornish fisherman Martin (Edward Rowe), who is struggling to buy a boat while coping with family rivalry and the influx of London money, Airbnb and stag parties to his harbour village. The summer season brings simmering tensions between the locals and newcomers to boiling point, with tragic consequences.

Speaking with The Fan Carpet's Paul Risker, Jenkin discussed the event at the BFI with musician Gwenno Saunders, who composed and performed a live rescore for a series of special events at the BFI. The filmmaker’s reflections addressed the relationship between the two versions of his film, the flexibility of meaning sound design affords the images and the value in limitation.

Filmmakers have remarked to me that once a film is seen by an audience then it is no longer their film, and it should not be changed. The recent event with Gwenno Saunders challenges this concept of the audience’s ownership of a film, and it allows us to also ask whether there should be a definitive version of a film that is accessible to all?

The original conversation was the BFI came to me and asked about doing a live score event, and I said, “Yeah, that’s great, who’s going to do the live score?” They said that because I wrote and recorded the score, it should be me, but there was no way I could do that because I created the score using tape loops, a new analogue synthesiser and very old technology that was quite unpredictable. There was a certain amount of randomisation within my creation of the score that I didn’t think I could recreate live, and I certainly couldn’t have handled the pressure of sitting in front of 450 people and attempted it. So they asked me who else could, and my first thought was Gwenno Saunders, who is a friend of mine and a musician.

She’d had a Cornish language album out a couple of years ago that was a bit of a hit, and she’d already given us the pop track Eus Keus? That we’d taken and put it onto the juke box in one of the pub scenes. So her music was already in the film and I’d wanted to collaborate with her on something for ages. With the permission of the BFI, I approached her about doing a rescore, and she kindly agreed.

From the moment I asked her, I knew that I wasn’t going to have any input. I didn’t want any; my creative input was asking her to do it. I never heard it until the night and I’d no interest in hearing it. I didn’t want to look over her shoulder, in the same way that I would react very badly to anyone looking over my shoulder when I was working. So it’s a bit of a paradox because I’ve fulfilled so many of the roles on the film, I’m a kind of control freak, but I expect people to respect that and allow me to if they’re producing or funding the film. When I do then open it up for collaboration, I can’t be a hypocrite, I have to respect the creative freedom of my collaborators.

It’s a funny one because it’s not a re-versioning of the film, it’s very much a small number of live events with a performance element. So it’s a different version of the film, almost like a remix and in that way I have my version of the film including the sonic landscape or score that I’ve created, which is the definitive version, but then there’s this live theatrical version that accompanies it. And it’s not like it’s being recorded and there’s an alternative version you can watch in the cinema or on DVD, it’s very much in that theatre performance realm.

Aside from how much I loved what Gwenno  had done with the sound and the music, what I loved about it was the chance to sit down and watch the film as a viewer, which was the first time I’d had any distance from the film at all. It was a precious thing to be able to do that, because it was like watching somebody else’s film. 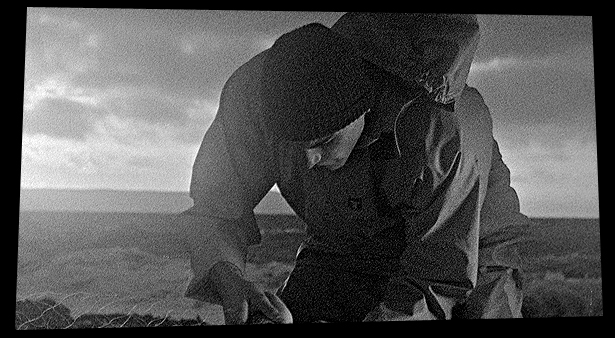 BAIT IS OUT NOW ON DVD/BLU-RAY, RELEASED BY THE BFI, AND AVAILABLE ON BFI PLAYER, ITUNES AND AMAZON