Image: A still from ‘I’m Too Sad To Tell You’ featuring Meital Dohan by Instagram: @meitaldohan

The first exhibition by artist Zoobs Ansari since his move to Los Angeles in 2014 will be at London’s Elephant West in White City on Friday 13th March. The art show Insanity Fair is an opportunity for London audiences to see a collection of more than thirty works created by Zoobs over the last six years.

The starting point for Insanity Fair is the notorious quote from Andy Warhol; ‘In the future, everyone will be world-famous for 15 minutes’ – a prophecy which has translated for many raised on the 24- hour media of our digital age into an aspirational life-goal worth having. Zoobs turns a dark mirror on this obsession with celebrity and asks if the reality of fame might really be a price worth paying. 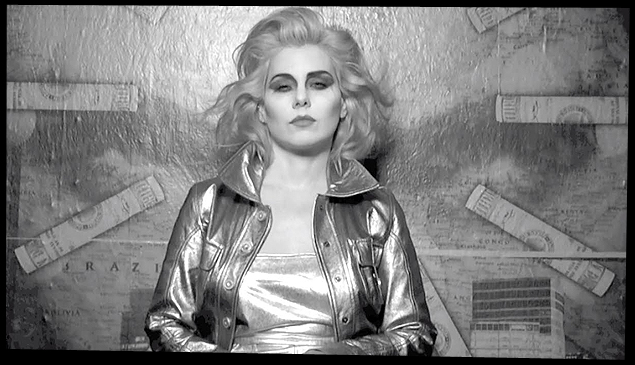 In ZOOBS ANSARI: INSANITY FAIR we see the glamour, beauty and an eye for the kind of perfect styling which are part of the DNA of his work ‘I’m too sad to tell you’, which stars the artists’ friend and muse, Meital Dohan, Zoobs explains,’ It’s a very glamorous setting, yet she (Meital) is vulnerable...it says to the viewer that it’s OK to cry, the ultimate vulnerability is to be able to break down in front of one another.’

ZOOBS ANSARI: INSANITY FAIR will range across many of Zoobs most striking portraits of celebrities and figures from the world of fashion and music, including John Lennon, Amy Winehouse and David Bowie, & Melanie Griffith.

Meital can recently be seen in her upcoming cameo with her pet tiger in the film Caberet Maxime. Meital appears in the film alongside her friends and longtime colleagues from the Sopranos, Johnny Ventimiglia, who also co-starred with Meital in the critically acclaimed off-Broadway play “Stitching,” and Michael Imperioli who Meital co-starred with in the thriller “Foreclosure”.

CABARET MAXIME Trailer US from Arco Films on Vimeo.

Meital Dohan currently lives in between Israel and Los Angeles and is actively involved in supporting a new initiative that is a part of the David Lynch Foundation for transcendental meditation, providing treatment and helping soldiers suffering from PTSD from both Israel and Palestine to help create peace in the Middle East.

Recently Meital has played roles in films around the globe, including the Amos Gitai directed film, A Tramway in Jerusalem, which won the UNIMED Award at the Venice Film Festival. She’s also been developing her satirical television show with a top cable network and production company.